10 festive films to get you into the holiday spirit 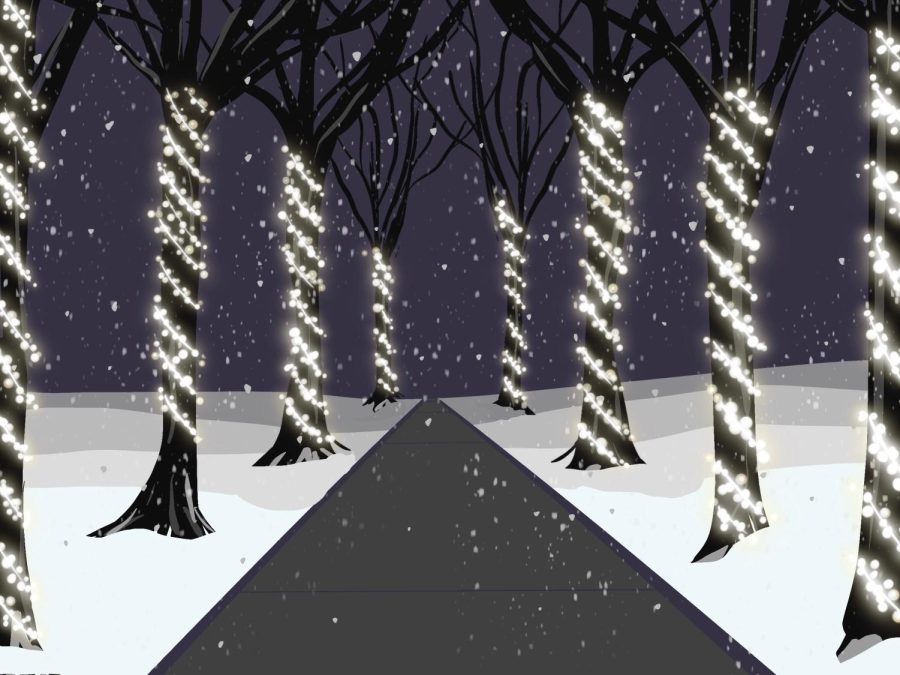 As the fall semester comes to a close, the long anticipated winter break we all deserve is only days away. Here is a list of ten classic, snuggle-inducing movies to watch while enjoying your time off during the holidays.
“Elf” (2003)
Buddy, a human adopted by Santa as a baby, was raised among elves in the North Pole as an honorary elf. After learning he is a human, and indeed not a large elf, Buddy travels to New York City to reunite with his birth father and gain his love and acceptance. In New York, Buddy discovers the joys of “The Big Apple” and what it’s like to live among humans, while running into mishaps along the way. Starring Will Ferrel and Zooey Deschanel, this movie is full of Christmas cheer, sweet treats, and holiday fun. “Elf” is available for streaming  on HBO Max.
“Home Alone” (1990)
After his family accidentally leaves him when departing for family vacation, 8-year-old Kevin McCallister has the house to himself for Christmas. While he initially enjoys his newfound freedom, Kevin finds himself forced to protect his home from the Wet Bandits, a pair of bumbling burglars trying to rob his family. Filled with pranks and winter spirit, this fun film is a perfect stress reliever after finals. The film is available on Disney Plus.
“Harry Potter and the Sorcerer’s Stone” (2001)
The first movie in the Harry Potter franchise, “Harry Potter and the Sorcerer’s Stone,” is filled with winter feels. After learning he’s a wizard, Harry travels to Hogwarts where he meets Ron and Hermione. At Hogwarts, Harry, Ron, and Hermione embark on numerous adventures, learning magic along the way.  From cozy fireplaces and libraries to white snowy scenes, this movie will carry you to a place full of friendship, magic, and adventure. It is available for streaming on Peacock and HBO Max.
“Little Women” (2019)
For fans of classic literature, “Little Women” is the perfect movie for the winter season. Based on the Louisa May Alcott novel of the same name, the film follows the March sisters as they grow up in America during the Civil War. Starring Saoirse Ronan, Florence Pugh, Timotheé Chalamet, and Emma Watson, this snowy film is best enjoyed wrapped in blankets sipping a warm drink. It is available on Amazon Prime.
“When Harry Met Sally” (1989)
After driving together to New York City following graduation, Harry and Sally part ways, both searching for love. Ten years later, they meet again and are confronted with the question: can two people of the opposite gender remain friends without sex interfering? This classic rom-com, available on Amazon Prime, is the perfect mindless watch following a stressful semester.
“How the Grinch Stole Christmas” (2000)
Living in the fictitious town of Whoville, the pessimistic and grouchy Grinch attempts to ruin Christmas for the whole town. In an effort to save Christmas, little Cindy Lou Who befriends the Grinch. Snow filled and magical, this classic Christmas movie is available on Amazon Prime and will have you yearning to be a kid again.
“Love Actually” (2003)
Set in London, this film follows eight couples as they navigate relationship troubles during the holiday season. This rom-com can be found on Amazon Prime, and is an excellent watch on a chilly December night.
“Die Hard” (1988)
While there is debate about whether or not “Die Hard” is actually  a Christmas movie, there is no denying that it has a winter ambiance. When German terrorists take hostages at a Christmas party at the Nakatomi Plaza in Los Angeles, NYPD cop John McClane must work with police officers to diffuse the threat. Starring Bruce Willis and Alan Rickman, this action packed movie is available on both Amazon Prime and Peacock.
“The Holiday” (2006)
When two women swap countries for a change of pace, they each fall in love with a man in their new home. This cheesy rom-com, available on Amazon Prime, will warm even the coldest of hearts.
“Mistletoe and Menorahs” (2019)
While options for Hanukkah movies are slim, this one’s perfect for my fellow Jews. When the executive of a toy company needs to learn about Hanukkah to create a new toy, she turns to her co-worker’s friend for help. In return, she helps him turn his apartment into a Christmas wonderland to impress his girlfriend’s father. This mixed holiday movie, available on Amazon Prime, provides representation for those who celebrate Christmas and Hanukkah.

The Beacon wishes everyone a happy, restful, and safe holiday season!