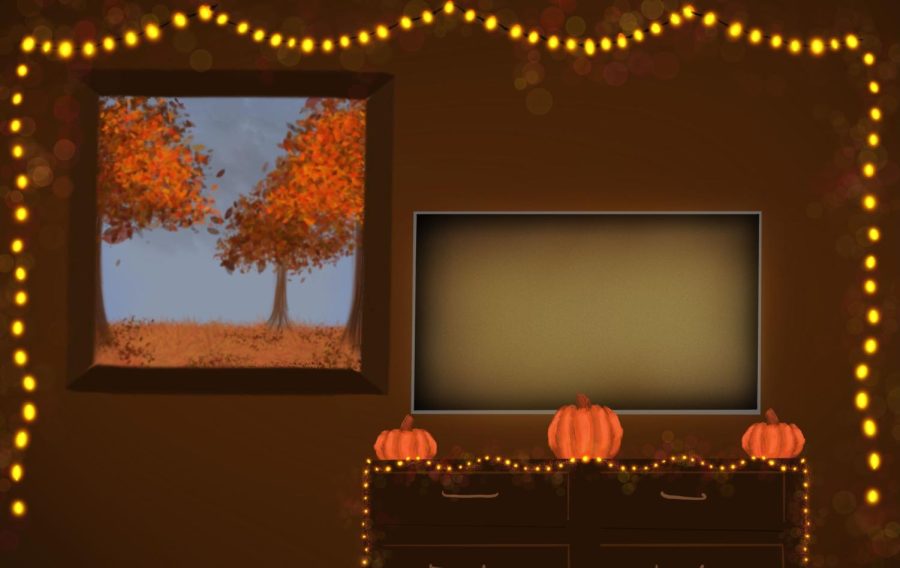 With the weather getting colder and the days growing shorter, it can only mean one thing—fall is here.

Fall, especially October, is the perfect time to get together with your loved ones and have a movie night. To help you in your movie watching endeavors, here’s a list of 10 movies perfect for the fall season.

Set in Salem, Massachusetts, a trio of witches are resurrected by a teenage boy on Halloween night. After being revived, the three witches chase the teenage boy, Max, his crush Allison, and his little sister Dani. This comedic Halloween movie is the perfect recipe for a potion of fall spirit. Available for streaming on Disney+.

After getting into an argument with their mother because she doesn’t want them going out on Halloween, Marnie and Dylan follow their grandmother Aggie to Halloweentown. They encounter a multitude of creatures, like ogres and ghosts, leading to a night of adventure. This classic Disney Channel movie series is guaranteed to bring about feelings of nostalgia for every Disney lover, with a sprinkle of spook. Available for streaming on Disney+.

Born in the magical dimension of Coventry, twins Apolla and Artemis are relocated to Earth as babies. They get separated and meet decades later on their 21st birthday, on Halloween. Apolla—now named Camryn—and Artemis—now named Alex—discover newfound layers to their magical heritage and work together to fulfill a prophecy. “Twitches” is another Disney Channel classic that will have you wishing to be a witch. Available for streaming on Disney+.

One Halloween night, Michael Myers kills his little sister and gets committed to a mental institution. 15 years later, he escapes and returns to his hometown. While being hunted down by his psychiatrist, Michael stalks a group of high school girls. This spooky horror movie is guaranteed to send shivers down your spine. Available for streaming on Amazon Prime.

Following main character Jack Skellington, “The Nightmare Before Christmas” fuses Halloween and Christmas. When Jack wants to experiment with a new holiday, he brings the residents of Halloweentown to Christmastown. He abducts Santa and gives him to the Boogeyman, causing the town to work together in order to save Santa’s life. This holiday fusion is perfect for both Halloween and Christmas lovers. Available for streaming on Disney+.

Starring Robin Williams, Matt Damon, and Ben Afflack, this psychological drama is perfect for fall. The film follows 20-year-old genius Will Hunting as he meets with a therapist and receives math lessons rather than going to prison for his crimes. Set in the City ofBoston, this movie has the perfect fall color palette. Available for streaming on Amazon Prime.

After dying in a car crash, Barbara and Adam Maitland return home as ghosts to haunt their house. In their efforts to scare off the new residents, they attract the irritating poltergeist Beetlejuice. When Beetlejuice tries to help the couple, trouble emerges for everyone. Just be careful not to say his name three times or else you’ll call for Beetlejuice himself. Available for streaming on Amazon Prime.

Set in Maryland, this supernatural horror movie follows three film students as they seek to film a local legend, the Blair Witch. While on this adventure, the three disappear. Their equipment and footage is later recovered. Filled with witches and woods, this horror film is perfect if you’re a supernatural fan. Available for streaming on Amazon Prime.

With a cast like George Clooney and Meryl Streep, any movie is guaranteed to be good. Newspaper columnist Mr. Fox finds himself in danger when he angers a farmer by stealing produce from his farm.. This animated film is filled with fall leaves and bright colors. Available for streaming on Disney+.

This frightening horror flick follows a young boy who refuses to share his scary supernatural secret with anyone other than his psychologist. As they work through the secret together, unexplainable things begin to occur. This freaky film will leave you on the hunt for ghosts. Available for streaming on Amazon Prime.

The Beacon wishes everyone a safe, cozy, and spooky fall!