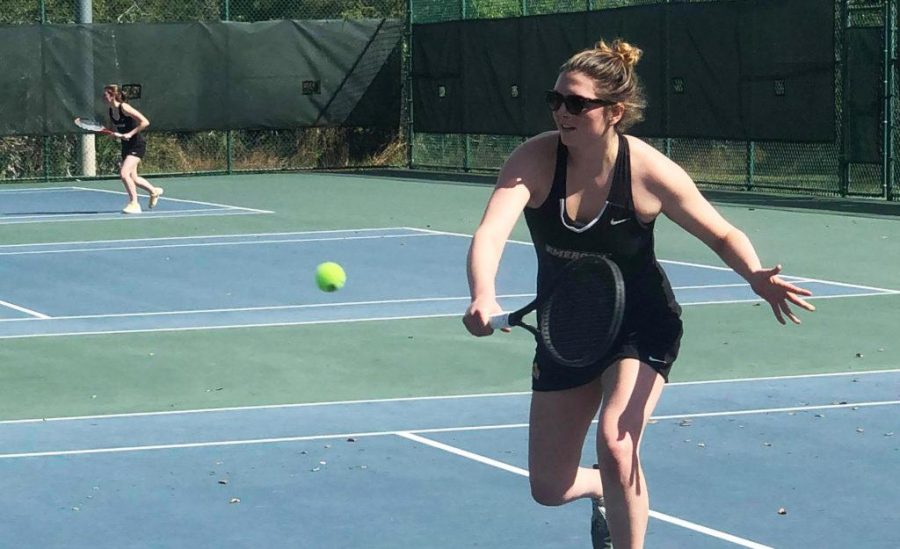 Both Tennis teams lost in Orlando on Wednesday.

The men’s and women’s tennis teams fell to North Central College by scores of 6-3 and 8-1 respectively.

The Cardinals took the men’s doubles matches by a score of 2-1. Sophomores Bass Lin and Maximo Lawlor earned the Lions’ only win by a score of 8-6.

Lin won one point for the Lions in singles play, defeating freshman Guillermo Gonzales in two sets. Freshman Alexander Laugier Naim earned the third and final point of the match for the Lions. Max Chalik came the closest to another Lions’ point, but he lost in three sets. The Lions did not earn another singles point.

The men’s team is now 2-1 during its spring break trip.

The Cardinals swept the women’s team in doubles play, entering singles play with a 3-0 lead.

The Lions did not overcome the deficit, and their only win came from sophomore Thea Nagle who defeated junior Morgan House in two sets.