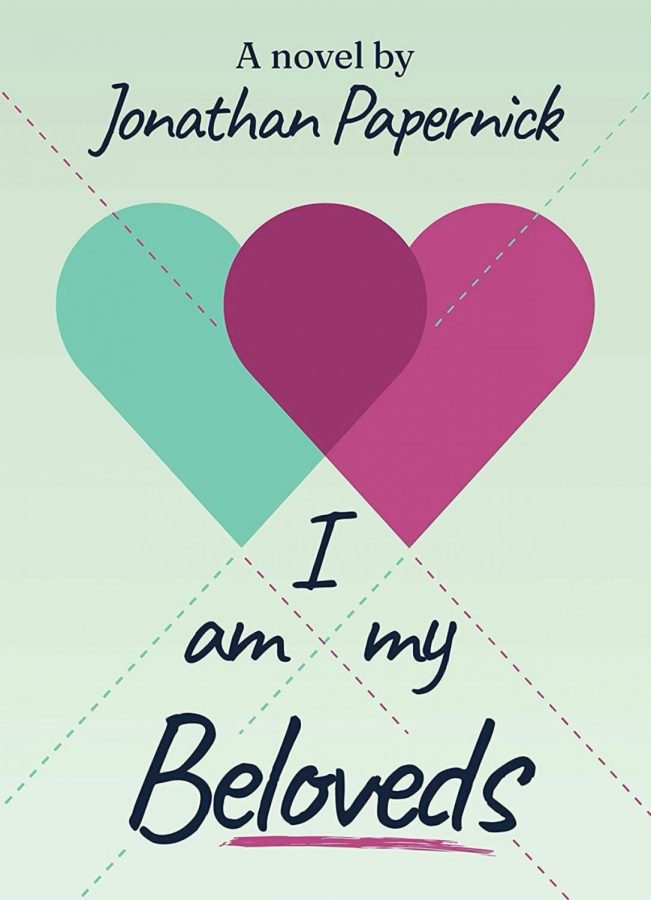 The book cover of “I Am My Beloveds.”

A new novel by writing, literature, and publishing professor Jon Papernick follows a married couple as they navigate their polyamorous relationship and Jewish customs, and is set to be released early next year.

Papernick began writing I Am My Beloveds just before his last book, The Book of Stone: A Novel, was released in summer 2015. It took over four years and five drafts until I Am My Beloveds was finished.

“Sometimes the writing would go very quickly, other times I would get stuck and wouldn’t touch the thing for months,” Papernick said in an interview.

The novel examines marriage struggles in a new light when the two protagonists engage in an open relationship. In addition to other marital struggles, the characters battle fertility issues while remaining within the confines of Jewish law.

“The book completely captures what we are now as Jews and how we define family, tradition, and identity,” Michelle Caplan, the editor-in-chief for the publisher of Papernick’s previous novel, said.

The title, I Am My Beloveds, originates from the Song of Songs, one of the last books of the Hebrew Bible. Traditionally, it is translated as “I am my beloved’s,” however, Papernick dropped the apostrophe to give the phrase a new meaning.

“The removal of the apostrophe means everything,” Papernick said. “It implies that you are your beloveds.”

While crafting I Am My Beloveds, Papernick explored the different attachment styles through the lens of attachment theory, which describes the various bonds formed during early childhood, such as secure and insecure attachment.

Although one might assume a published author is always confident in their writing abilities, Papernick faced some self doubt when writing I Am My Beloveds. He questioned whether he was skilled enough to be writing the story.

“I sometimes find it hard not to compare my current draft to my last published piece,” Papernick said. “You need to keep an inner dialogue with yourself, reminding yourself this is normal and a first draft isn’t supposed to be perfect. Put something down on paper and improve upon it.”

While writing, Papernick found the exchanges between characters flowed easily, especially when there was conflict being resolved through dialogue.

“Writing fiction characters is like having a conversation with yourself since you need to be able to get into their shoes and hold two opposing viewpoints, integrating them smoothly,” Papernick said. “I see parts of myself in all my characters, however, I resonate most with Shira and am writing the sequel to this novel through her perspective.”

This past summer, Papernick sat down and wrote the first 90 pages of the sequel to I Am My Beloveds, told through Shira’s perspective.

“I’ve always believed in this story and seen it as a series, and I hope readers will fall in love with the characters,” Caplan said. “Papernick understands the dynamics of people in complex ways, giving him a strong capacity for prose.”

While many of his other books discuss complex topics such as the Israeli-Palestinian conflict, this story takes a much lighter approach. Caplan encouraged him to experiment with a different style of writing, and showcase his range with a love-story.

“I had asked Jon to try and write a modern retelling of Enemies, A Love Story, but I had no idea how magnificently he’d deliver,” Caplan said.

Caplan has provided a tremendous boost to Papernick’s career over the years.

“Michelle has always made me feel like I could be the writer I wanted to be,” Papernick said.

Papernick was raised Jewish in Toronto, Ontario, a city with a large Jewish community, and his Jewish identity influenced many of his books—including I Am My Beloveds.

Papernick has taught at Emerson for 15 years now, however, he still views himself as more of a mentor and an artist rather than an academic professor.

“Being around younger people and hearing new words helps to keep me young and current,” Papernick said. “Although it can be hard to write during a busy semester, I love teaching at Emerson.”

During the pandemic, Papernick focused less on writing and more on being a good teacher. Switching to online classes in the middle of the semester made him want to draw a closer connection to his students.

“I really wanted to be there for them and be the best teacher I could be,” Papernick said. “I understood that we were living in unprecedented times and we were juggling online learning as well. I wanted to help them [in] any way I could as we navigated quarantine.”

Papernick hopes readers will gain an understanding of the complex issues discussed in the novel, as well as a new perspective on a nontraditional relationship.

“I hope to shed light on an unfamiliar situation in the most human way possible,” Papernick said.