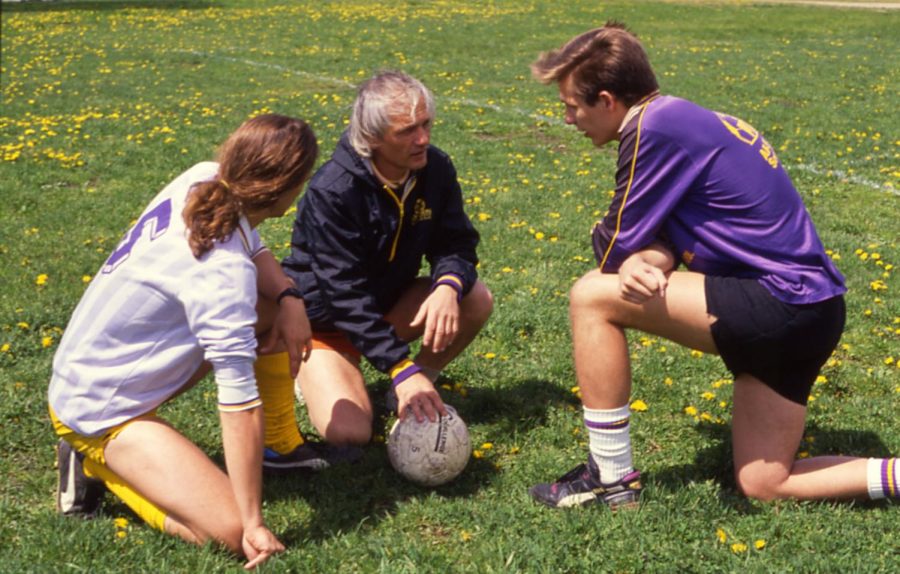 Pete Chvany’s three-decade tenure at Emerson was more than just an academic career—according to his son Alec Chvany ‘95, it was just the “third act” of a long life.

Chvany, a former professor and soccer coach, passed away at the age of 81 on Sept. 7, at his home in Somerville, Mass. An army veteran who graduated from Harvard University, he briefly taught at Boston University and Worcester State University before joining Emerson as a visual and media arts professor in 1988—a decision that would shape the rest of his life.

“[Pete] made his most meaningful contributions to the world after he was 50,” Alec Chvany shared in a Facebook post. “He had to find that path, I remember him struggling to find it. It wasn’t inevitable.”

In his next three decades at the college, Chvany would become a full-time professor, the faculty advisor for several different organizations—Emerson Independent Video, Frames Per Second, and the EVVY Awards—a post-production manager for Digital Production Labs, all the while managing to coach Emerson’s men’s soccer team. During his time with the team, he was privileged to coach his two sons, Alec and Steve ‘93.

“He was a coach, teacher, mentor, a friend to hundreds of Emersonians,” said Interim President Bill Gilligan in a Sept. 15 email. “That’s really what he was, and of all the people who I worked with over my time in the administration, there’s nobody who had a more loyal following past graduation than Pete. That’s quite a legacy.”

Alec Chvany noted that his father’s shift to teaching was the start of a new chapter, moving away from the “transitional bandage” of corporate life.

“He was about 49 when he started teaching part-time and coaching,” he wrote. “He was essentially done with parenting his own ‘kids’ as full dependents and would no longer be an independent film-maker himself. If Pete had an impact on your life by way of his time at Emerson, consider that teaching was a recalibration.”

He also was considered a prominent figure around campus. Gilligan credited Chvany with becoming a “staple of campus tours with prospective students and parents”—something that would be remembered by students like Kate Sedrowski ‘03.

“He was my first introduction to Emerson,” Sedrowski said in an interview. “I knew I was going [to Emerson] before my campus tour, but he kind of solidified that it was definitely the right place for me.”

Sedrowski recounted visiting the college’s te levision studios, where the studio manager told her to go meet Chvany at the production labs.

“From day one at Emerson, I learned that he was the person to know, and I couldn’t be more grateful that he was a part of my life.”

Along with leading campus tours, Chvany was deeply involved in Emerson athletics; he helped revive the Lions men’s soccer team and worked to create the women’s team. Chvany also worked as an advisor to the EVVYs—touching students like Candice Thompson ‘09 with his generosity.

“One day when I was running around at some EVVY-related event, he stopped and stood across from me,” Thompson said. “He took the time to recognize and appreciate how hard I was working. It meant the world to me. I think of him every time I coil cable.”

Indeed, many students considered Chvany as something more than a coach, a professor, or any other hat he wore. For Sedrowski, he was her mentor—though she said he surpassed that title—and one of her biggest supporters.

“He encouraged me in so many ways that I could recognize at the time and then ways I didn’t even recognize until later,” she said. “He supported women, which for a white man of that era to have such support and encouragement for women in a generally pretty male-dominated industry was really special.”

Chvany was honored by the college in 2010 when a scholarship in his name was created to shed light on his “ability to nurture students, foster potential, and push for excellence,” according to Gilligan.

He leaves behind three sons, Alec, Stephen, and Peter, and lives on in the memories of the many he touched with his kindness and generosity.