A Halloween playlist for all your (socially distant) celebrations 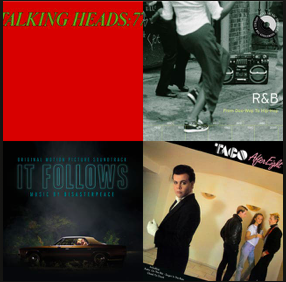 Even though parties are a no-go this year, a good soundtrack can transform a quiet night into a one or two person soiree in an instant.

Everyone dust off your skeleton jumpsuits, stretch your bones, and tune in to A Very Beacon Halloween to dance your boney butts with a playlist inspired by the sounds of All-Hallows Eve.

“Detroit” by Disasterpiece (from the “It Follows” soundtrack)

“I Put a Spell on You” by Screamin’ Jay Hawkins

“Puttin’ on the Ritz” by Taco

“Spellbound” by Siouxsie and the Banshees

“Walking with a Ghost” by Tegan and Sara

“Zombie” by the Cranberries

“Lakeward” by Disasterpiece (from the “It Follows” soundtrack)

“Bela Lugosi Is Dead” by Bauhaus

“Turn off the Lights (feat. Elvira, Mistress of the Dark) by Kim Petras

“You Spin Me Round (Like a Record)” by Dead or Alive

“Reborn” by Colin Stetson (from the “Hereditary” soundtrack)