A look at the state of the Marlboro merger 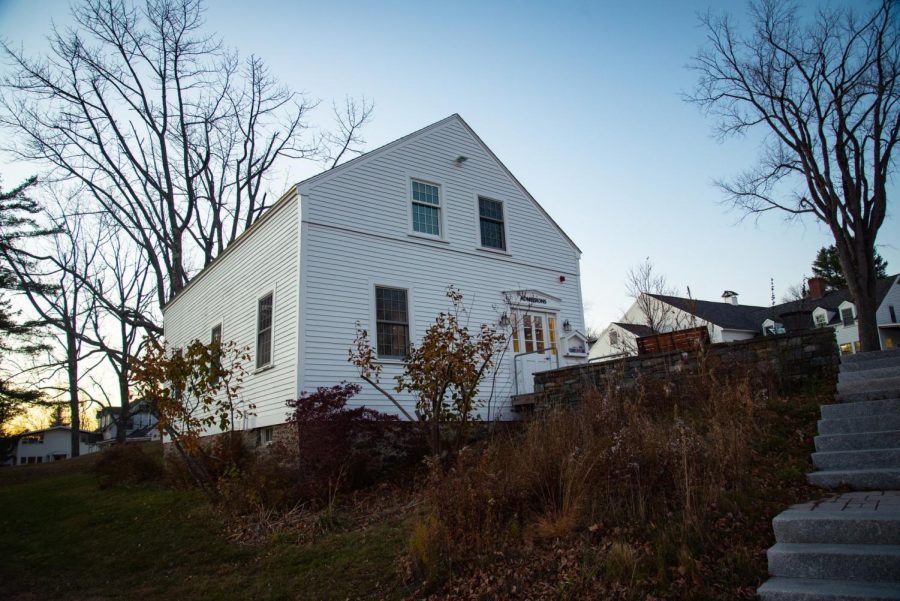 Emerson will receive control of the 360-acre campus on Potash Hill out of the agreement. Photo credit: Photography Staff

Three months after the Emerson-Marlboro merger was announced, The Beacon is examining how we got here, what’s been done, and the questions that remain unanswered.

On Nov. 6, 2019, Marlboro College President Kevin Quigley stood in the Vermont college’s Dining Hall—a renovated cattle barn—and delivered a statement. Nearly 100 miles away, Emerson College President M. Lee Pelton stood behind a podium at the Cutler Majestic Theatre—a grandiose space that could sit every person in the town of Marlboro. They both announced the same news, sending shockwaves throughout their respective communities.

Emerson and Marlboro had agreed to merge, and the Vermont institution as Marlboro students knew it would cease to exist. One community was left surprised and confused, but unchanged, while the other saw their fears, anxieties, and suspicions come to life.

Under the preliminary conditions of the merger, Marlboro’s students will be able to come to Boston—a city of nearly 700,000 and a far cry from their quaint, hill-top town in the Green Mountain State. Marlboro College will become the Marlboro Institute for Liberal Arts and Interdisciplinary Studies at Emerson College, where Marlboro students can continue their degree plans.

The 24 tenured or tenure-track faculty at Marlboro have been offered contracts to teach at Emerson. For now, it is unclear who those faculty will be, and how their teachings at Marlboro—which were highly specified and one-on-one at times—will transfer to an institution with 4,000 students.

In exchange, Emerson will receive Marlboro’s $30 million endowment and control of the 360-acre campus on Potash Hill valued at $10 million—which Emerson plans to liquidate.

Marlboro has over $56 million in net assets, but nearly $40 million of that is restricted by the terms of the donations. The Vermont Attorney General’s office needs to be involved to allow Emerson to use these restricted funds, according to Emerson’s Associate Vice President for Finance Robert Butler. The Attorney General’s Office said the Vermont institution has not begun the process of derestricting those funds.

The two colleges quickly solidified working groups to manage the load of navigating the multifaceted transition for Marlboro students and faculty. Five groups from each college are set to focus on different aspects of the merger: student life, faculty and curriculum, governance, financial matters, and the future of the Vermont campus. Each of the working groups are expected to present their findings and ideas to their respective Boards of Trustees this month.

The merger announcement ignited many different reactions from all sides of the deal.

Many alumni from Marlboro quickly raised their voices in protest at a Dec. 14 town hall meeting with the Marlboro Board of Trustees, arguing that their administration did not do everything to find an alternate solution. Several alumni held a “Vigil for the Silenced” during the meeting. More recently, several alumni have written letters to The Beacon, showing disapproval of the merger.

Will Wootton, a Marlboro alumnus, asked for permission for him and a group of current Marlboro administrators to review years of financial documents at Marlboro and attempt to find another solution, prompting the college to publicly release years of financial documents detailing its debt. The Marlboro Alumni Association sent out a letter in January expressing dissatisfaction with the merger and announcing a petition developed by Marlboro alumna Amy Tudor requesting Wootton be granted his wish. As of the time of publication, the petition has over 1,000 signatures.

The graduate school faculty at Marlboro—who were teaching out the remaining students they had, according to Quigley—were blindsided by the merger agreement, claiming they were kept out of merger discussions and were not aware of the teach-out track.

In Boston, Emerson faculty voiced concerns over the prospect of losing their jobs or not receiving tenure because of the incoming faculty.

Pelton has stated in meetings with faculty that Emerson will benefit financially from the merger. If Emerson will not make a profit, he said he will not support the deal.

In Boston, tensions surrounding the merger boiled over in a faculty meeting in December when representatives from the three faculty unions protested their exclusion from merger talks. Directly after the meeting, the representatives were added to the President’s Council, which oversees the work of the other groups.

In late December, Emerson stated that it would not pay for the difference in room and board costs for Marlboro students—about $5,555 per student. In January, Quigley released a letter saying that Marlboro is confident in their ability to cover those costs for its students for every year they stay on Emerson’s campus—roughly $900,000.

Marlboro has also entered into transfer agreements with three other New England colleges, with a fourth in the works, allowing students to have more options if they do not wish to attend Emerson. As part of their agreements, students are expected to pay equal or lesser tuition than they do at Marlboro.

There are many things that are still unclear about the merger. Who will buy the Vermont campus if it goes up for sale? Where will all the students live? How many faculty from Marlboro are coming? How many Marlboro students will be coming? How will all of this affect Emerson’s faculty? Where will the endowment money actually go? Will this deal be accepted by both institutions?

A more binding document is expected to be signed in May, with the final deal set to take place by July 1. Given the quick timeline of the agreement and the inconsistencies in answers from November to now, some questions are likely to remain unanswered until a legal agreement is signed.