A year without Jenna Marbles 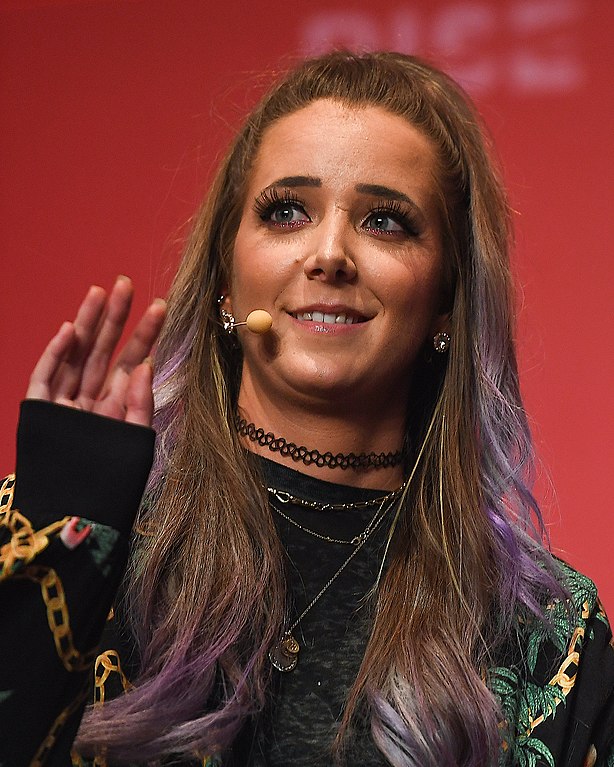 It’s Virgo season, beech, and Jenna Marbles is nowhere to be found. Over a year has passed since Jenna Marbles left YouTube, and as we pass her 35th birthday on Sept. 15, the internet misses its favorite Virgo.

YouTube as a whole has seen the departure of many of its original creators in the past couple years. The platform feels completely different now from how it felt when I was a kid—it seems like every major YouTuber from my childhood has been chased off the platform in disgrace. Honestly, Jenna Marbles is the only one I want back, but I don’t know that she will ever come back to YouTube.

Marbles, born as Jenna Mourey, posted her first video to YouTube in 2010. The two-minute video features her chihuahua Marbles—the dog she named her channel after. For the next decade of Jenna’s content, Marbles, and Jenna’s other dogs Kermit, Peach, and later Bunny, were a staple on the channel.

Unlike today’s generation of YouTubers who join the platform specifically to become famous, Marbles joined the platform purely to use it as a video hosting site. In college, Marbles discovered iMovie, but quickly realized she had no way to export or share videos. YouTube gave her a way to share those videos with her friends. The authenticity of uploading videos for her friends never left her content.

Marbles rose to fame after posting her first viral video “How to trick people into thinking you’re good looking,” in 2010. The 240p video sits at over 70 million views today.

By today’s standards, the video is undeniably offensive. But in 2010, when controversial creators like Shane Dawson and Onision ruled the platform, Marbles joking about wearing “whore” makeup and wasting her master’s degree by working as a go-go dancer was hilarious.

Over time, Marbles’ content evolved away from the offensive and edgy 2000s humor into ridiculous videos that only she could have thought of. Videos like “Camouflaging Myself Into A Chair,” “I Turned My Hair Into A Hot Wheels Track,” and “Corn on the Cob But Instead of the Corn Bone It’s A Hotdog” were so clearly videos that she just wanted to make because she couldn’t get the idea out of her head.

Marbles’ videos regularly amassed millions of views, and she had a dedicated fanbase that loved her, her partner Julien Solomita, and their pack of dogs. As a long-time fan of Marbles, she really helped me get through some of my worst struggles with mental illness. Her videos always made me laugh even when nothing else could.

And then on June 25, 2020, Jenna Marbles uploaded her last video to YouTube. Titled “A Message,” Marbles details her problematic past, and addresses people who called her out for her previous wrongdoings.

In the 11-minute video, Marbles addresses many offensive things from her past, including blackface, racism, and slut-shaming. As a white woman, I can’t sit here and forgive Marbles for any of it, but I can talk about what made her apology different from others.

Marbles was not the first to use the term “accountability” in a YouTube apology, but she may have been the first one to actually mean it. Marbles explained how she left the offensive videos up for so long in order to show how much she’s grown as a person, but she now understands that leaving them up does more harm than good. Marbles also recognized that impact matters more than intent, and that if she could not remain on YouTube without causing harm, she would have to leave the platform.

Throughout the video, Marbles explains why she did some of the things she did, but she never tries to make excuses. She owns up to the fact that “there’s things in [her] past [she’s] not proud of.”

Marbles also apologized for issues she hasn’t even been called out on yet, wanting to get everything out in the open.

At the end of the video, Marbles announces that she’s leaving the channel, citing that she doesn’t want to put content out there that could hurt anyone and that she just needs to take a step back. Marbles ends by saying she doesn’t know when or if she’s ever coming back.

Marbles’ apology stood out from other apology videos on the platform because it was clear that she felt genuinely sorry, and she acknowledged that you can’t really stop hurting people while continuing to profit off the successes of your past mistakes.

But when Shane Dawson, who was called out for his offensive content in the past, followed Marbles’ lead and posted an apology video days later, he made the mistake that Marbles avoided. Marbles owned up to her past mistakes, called them out individually and showed the clips, and removed herself from the internet to take accountability. Dawson apologized as an umbrella term, acted like he and his previous self were two completely different people, and continued to post on social media.

As someone who watched Marbles for the better part of a decade, it was clear to see that she had changed over the years. She no longer posted offensive content and had already apologized for it time and time again. Her new content was wholesome and gave people an escape from their day-to-day life.

Over a year later, Marbles has now ended her podcast, deleted her Instagram, deleted her Twitter, and has posted no new videos to YouTube. The only updates we get on Marbles are through her partner Solomita, who announced in April that the couple was engaged.

Marbles’ continued absence from the internet sets her apart from other “canceled” YouTubers like Dawson, James Charles, Jake Paul, and David Dobrik because she actually left the platform. Every other YouTuber has eventually come back, or is currently promising to upload again soon. Coming back to their respective platforms after lackluster apologies leaves viewers feeling that they didn’t really mean anything they said.

Tana Mongeau is yet another example of apologizing and continuing to do the same things. Mongeau has apologized multiple times over for her past racism, but continues to have more racist scandals as she continues to exist online.

Marbles’ apology and exit from the internet still stands over a year later as the most credible attempt at accountability any YouTuber has taken.

I see it all the time on TikTok and Twitter, but people to this day still hope and pray that Jenna will come back. All of us feel the hole left by her absence; by the lack of new uploads every Wednesday-slash-Thursday.

I’ve begun to fill the hole with YouTubers like Strange Aeons, Micarah Tewers, and BrandiTV. They all make the kind of content that Marbles did, where it’s clear they’re posting what they genuinely enjoy doing. Watching Strange Aeons long-ify a Furby is one of the only things to make me laugh as hard as Marbles’ videos did.

Sometimes, on days when I’m really sad and other creators won’t fill the hole, I’ll sit in my bed and scroll through Jenna Marbles’ YouTube page. I click on videos at random and reminisce like I’m visiting an old friend—parasocial relationship be damned. The reuploads of “A Message,” lurk on the side, reminding me that the era of YouTube I grew up with is dead.

Maybe Marbles’ is right in saying that her returning to YouTube would cause more harm, and maybe she’s not. The truth is that we’ll probably never know.

Honestly, Marbles returning to YouTube like nothing ever happened would undermine her apology. In “A Message,” Marbles talks at length about how she can’t keep posting on a channel that has ever hurt people. If she returns to the channel, it’ll look like she doesn’t care about hurting people anymore.

On the day of her birthday, Jenna Marbles trended on Twitter with the caption, “Fans wish former YouTuber Jenna Marbles a happy birthday.” Clearly, fans miss her presence on the internet.

Wherever Jenna Marbles is, whatever she’s doing, all I can hope is that she’s having a good time and enjoying being a “35-year-old-lady.” She deserves it after everything she’s done for all of us.