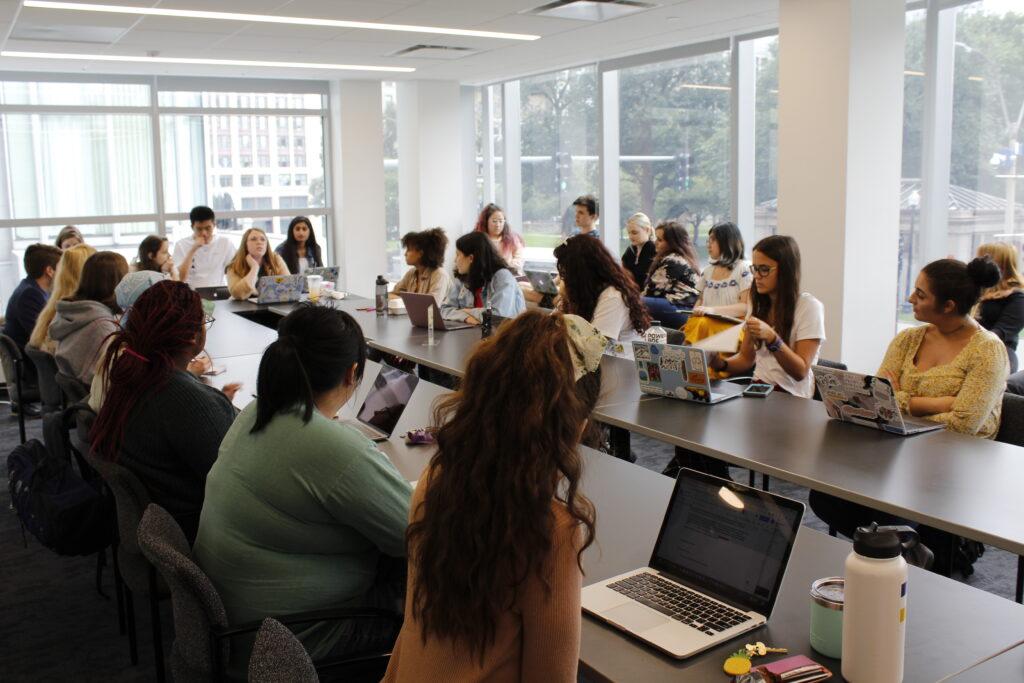 Editor’s Note: Editor-in-chief Chris Van Buskirk did not contribute to or edit this editorial due to a conflict of interest.

At the Student Government Association’s Financial Advisory Board meeting on Sept. 12, Executive Treasurer Abby Semple proposed a rule that would forbid student organizations from charging mandatory fees for events.

In a Beacon article published on Sept. 12, Semple said she feels “queasy” when organizations mandate students to pay anything beyond the student service fee included in tuition.

If the proposed addition to the treasury handbook receives a majority vote at the upcoming SGA meeting on the 19th, it would stop groups from charging required admission fees—for example, SGA-funded theatre troupes could not charge $5 for a ticket to a performance they host.

Fraternities and sororities that sell tickets for formals could no longer do so if they want to receive funding from the SGA appeals account for their event. FSL may ask for suggested charitable donations on behalf of an outside organization, or suggest a donation to go directly into the organization’s institutional fund, but cannot require fees if they receive SGA funding. However, if a fraternity or sorority does not appeal for funding from SGA, they may charge admission fees to events.

Organizations like theatre groups that put extensive creative effort into putting on high-quality shows each semester would not be allowed to charge their audiences. As a community of artists, Emerson students should understand the value of paying to enjoy art and support artists. And in the case of student theatre, it isn’t even to pay the actors—but to ensure they can even put on their production in the first place.

The EVVYs do their part to honor the artists and students who do notable work throughout the year. In fact, it is one of the sole platforms to officially recognize the work students do on campus, and it employs a horde of students who learn by working before and during the show. Without funding from submission fees and gala tickets, it could not happen.

As students ourselves, we are aware that money is tight, and that continued tuition hikes do not help. We also know tuition will continue to grow in the years to come, and the reality of paying back our debts is nearing.

One of the most valuable uses of our tuition is its contribution to the existence of extracurricular organizations and financing their needs. For the 2019–20 academic year, students paid $436 per semester to support the finances of on-campus organizations.

Sadly, the reality is that the sliver of our tuition reserved for organizations’ financial needs is simply not enough, and organizations understandably need to produce more revenue to cover their costs through admission fees.

Additionally, SGA proposed the idea without consulting organizations on campus, and this prevents these organizations from participating in the decision-making process. Even though the organization leaders understand this policy to some degree, it is important they are involved and have a say in policy changes.

We understand the sentiments behind this idea. There are certain organizations that make a sizable amount of money from application and admission fees, and SGA’s actions represent an attempt to balance the playing field. But the potential drawbacks from this action outweigh the positive effects.

We understand the motivation behind abolishing admission fees is to alleviate student financial stress and remove economic barriers. But the fact of the matter remains that organizations depend on these admission fees. To abolish the fees and not provide an alternative means of funding is to threaten some organizations’ existences entirely.

This initiative as it stands will ultimately do more harm than good. The measure needs to include a proposed method for ensuring the continued future of the affected organizations, instead of just pulling a main source of funding and leaving them to figure out their future.

Correction 9/19: A previous version of this article did not include information clarifying that FSL groups are able to charge admission fees if they do not receive appeals funding from SGA. The article has been updated to reflect this.