Accepting being single as a hopeless romantic 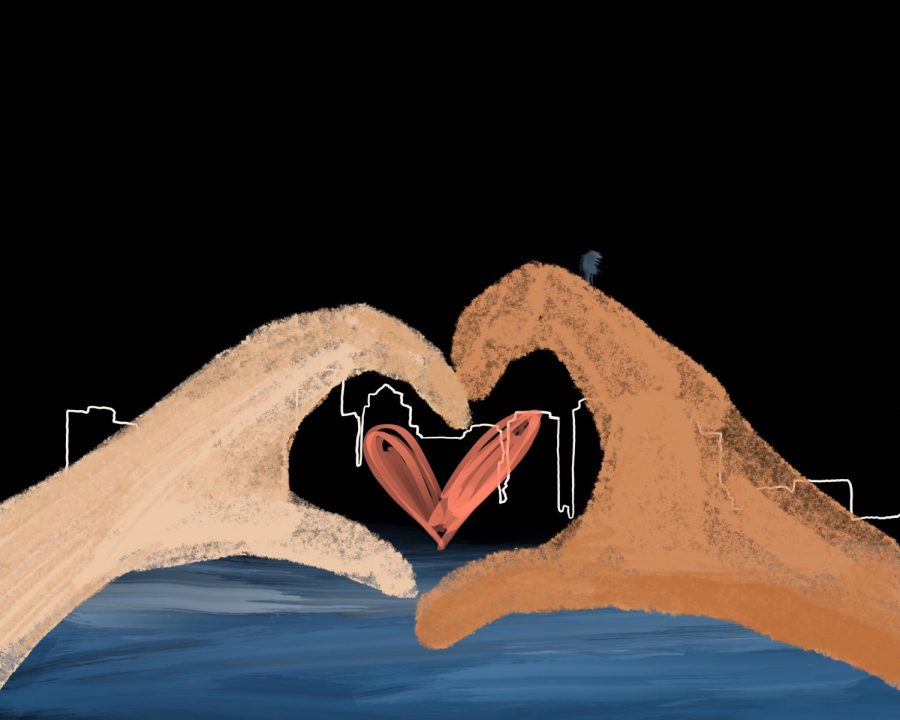 As a college student studying in a new city, finding relationships isn’t as easy as it seems. There are nightclubs, parties, and dating apps, but in my experience, none of those ever lead to anything serious. From what I realized, the “lucky ones” were the ones who met their significant other in person through work or class. Unfortunately, I have not been one of those “lucky ones.”

I moved from California to Boston for college in 2016. It was an opportunity to grow and learn, but it also made me a little bit anxious and eager to find a relationship. I always wondered, “How do people even get into relationships and meet people in a new city?” I was pretty clueless since I never dated in high school. When college started, however, I saw that people were already dating only a month into the school year. It made me think, “Am I the only person living the single life here?”

It felt like I was the only person single because everyone was either in a relationship, not my type, or didn’t really “see me in that way.” And the more I tried to search for my special someone, the harder it became.

I started my journey to find love by going to nightclubs and parties during my freshman year. During that time, I would often find interest in some young man, however most of the time they were too plastered to even remember my name or they ended up liking some other woman. I struggled to stick out in a sea of beautiful young women who were also trying to find “the one.”

Despite my nightclub and party fails, my clueless, hopeless romantic self never lost hope, and I resorted to seeking love through Tinder. The conversations over the app were more intimate than the ones in real life, but this phase didn’t last long after I realized a lot of guys just wanted a dinner date with a casual hookup.

I noticed all these traits that couples seemed to have: the warm butterflies, smiles and dates. I really wanted to experience that sort of feeling too, but in a long term relationship and not just a hookup. I wanted to find my special someone, but I have to face the fact that searching for a special someone is harder than it seems, and love does not always work out the way it’s supposed to.

Date after date, I started to question myself and began wondering if I was the problem, but later I found out I wasn’t the only one feeling that way. My friend told me that she was going through the same experience.

It took her three years in college to find her boyfriend. However, those three years were also filled with date after date and hookup after hookup, in hopes of finding “the one.” She finally got to be one of the “lucky ones” when she found her current significant other, one of her coworkers.

For some reason, I tend to wonder about the other “lucky ones” who found their significant others from classes. For those types of people, falling in love in the time frame of a semester seemed easy and quick and that always surprised me because I felt that there was never enough time to mingle with anyone in such a short time span. And even if I did end up liking a person, the likelihood of seeing them next semester would be slim to none.

I was still a little skeptical about being able to find love in the city, despite how these couples made finding a relationship seemingly easy. I came to the realization that maybe all I need is to calm myself down and take my time. Even though I wanted a serious relationship so badly, there was nothing wrong with just going on coffee dates or becoming only friends. People usually envy dating the boy from next door or their high school sweethearts, but it’s not something to stress about because most of them end in break ups anyways. It’s clear to admit that finding a partner is difficult, but it’s also hard to have a peaceful mindset about being alone sometimes.

With all the hurdles that come with finding a significant other in a new city, I realized that finding that special someone is honestly just a waiting game. I came to a conclusion that not being in a relationship was okay and to enjoy the single life, since eventually, when I do get married I’ll have my whole life to spend in a relationship. I am now more realistic now about how love works compared to when I first started out seeking relationships during my freshman year. I still do believe in the possibility of finding love in a new city, but it can definitely be a challenge.