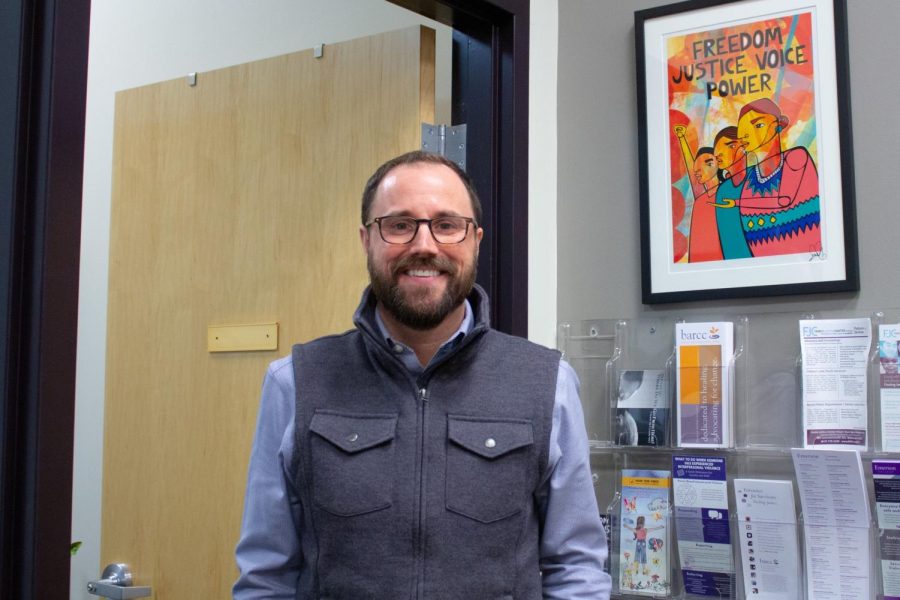 Ryan Milligan was previously working at Tufts University and at the U.S. Office of Civil Rights Department of Education for over ten years beforehand. Photo credit: Cho Yin Rachel Lo

Milligan came to Emerson in January 2020 as the deputy Title IX coordinator and investigator and took over the coordinator position just nine months ago. He is set to join Phillips Academy—a co-educational preparatory school in Andover, MA—as the conflict resolution specialist.

While at Emerson, Milligan continued to develop Title IX training and workshops for the Emerson community. He also created a slew of policy changes to ensure the college remained in compliance with federal regulations amid changes made to higher education Title IX policies and sat as a chairperson on the Presidential Working Group’s Standing Committee, Interim Social Justice Center Supervisor Ruthanne Madsen wrote in an email announcing Milligan’s departure.

“We are especially grateful to Ryan for having held the position of Acting Title IX Coordinator for the past nine months,” she wrote.

In light of Milligan’s departure, Phil Catanzano, a practicing attorney and former member of the Department of Education’s Office of Civil Rights, will join Emerson’s Title IX office as acting Title IX coordinator on an interim basis. He will be responsible for managing all reports of power-based interpersonal violence policy violations received by the college.

“[Catanzo] has expertise in the field of power-based interpersonal violence (PBIV), including advising higher education institutions on their policies and practices, and investigating reports of violations of policy both against colleges and universities as well as individuals,” Madsen wrote. “He has previously served as an Interim Title IX Coordinator at another local institution and has significant experience training individuals in the field of sexual misconduct and Title IX.”

Along with Catanzo, attorney Elizabeth Canning will join the Title IX office to assist in intake interviews and other community needs. Canning previously created and led Title IX offices at three educational institutions, trained students and faculty on PBIV, and led and supervised a multitude of Title IX investigations.

Both Catanzo and Canning are set to begin their roles on Aug. 23, eight days after Milligan’s departure from the college.