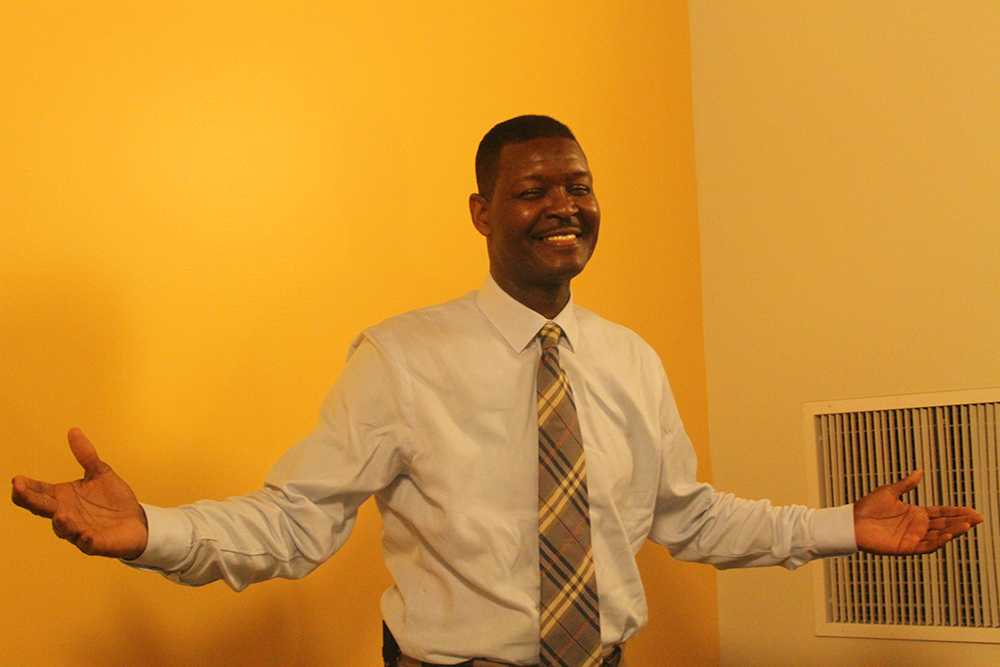 The long process to hire a permanent athletic director at Emerson College has finally entered its final stages. On Feb. 14, an email from Dean of Students Ronald Ludman to athletic staff and team captains announced the four finalists picked by the 12-person Athletic Search Committee, which Ludman chaired.

Among the four candidates chosen for a second interview is interim athletic director Stanford Nance, who has filled the position since the departure of the school’s last permanent AD, Kristin Parnell, who resigned from her post in May 2012.

Nance’s second interview was on Wednesday, Feb. 19, and included a 45-minute session in the athletic department’s multi-purpose room from 10:30 a.m. to 11:15 a.m., providing an opportunity for the captains of 14 varsity sports to participate in the hiring process.

“The search committee has set aside a time block in each candidate’s schedule to meet with the student-athletes,” Ludman wrote in his email, obtained by the Beacon. “The session will be comprised of a 15 minute candidate presentation followed by an opportunity for Q&A to help the student-athletes get an understanding of a candidate’s qualifications and capacity to lead Emerson Athletics.”

Nance, who is known for his person-to-person skills, is well-liked among student-athletes, including men’s basketball captain Eli Kell-Abrams.

“I can only speak from personal experience,” Kell-Abrams said, “but I think Stan has really been there for all the athletes. Over the last couple years, we think Stan has done a very good job, and he’s been really trying to promote an athletic community among the college and we’re very thankful that we’ve had the chance to have him.”

Journalism professor Michael Brown is the faculty representative to the AD search group, and declined to discuss the candidates or details of the decision process to pick the final four, but did voice support for an athletic director who will foster long-standing relationships and enthusiasm among the alumni community.

Next in line to be interviewed is Tim Wheaton, an associate athletic director at Harvard University, who will be made available to captains on Friday, from 10:15 to 11 a.m., in the Sky Box.

Wheaton, who has also worked at Princeton University, joined Harvard in 1985 and was the school’s women’s soccer coach until 2004. He also has experience coaching lacrosse.

In 2010, Nicol was a nominee for Division 2 Athletic Director of the Year. During her tenure, SCSU women’s basketball won the Division 2 national title in 2007. Nicol will be made available from 10:30 a.m. to 11:15 a.m. in the Multi-purpose room.

The fourth candidate is more of an unknown: Sarah Feyerherm of Washington College in Maryland, a Division 3 school even smaller than Emerson.

Feyerherm is the school’s associate vice president for student affairs, but also serves in an athletic role. She is a member of the National Association of Collegiate Women Athletic Administrators and has a background in field hockey, which Emerson does not currently offer. Feyerherm will visit on Friday, Feb. 28, meeting with captains from 11:15 a.m. until noon.

Kell-Abrams said he was still unsure if he would attend any of the candidates’ sessions, but said he would if he is free.

From these immersive second interviews, the Athletic Search Committee will then recommend two candidates for Ludman and President M. Lee Pelton to choose between.

Ludman said in a previous interview with the Beacon that an offer will likely be made to their top choice before students return from spring break.