After 1,033 days, an editor says farewell 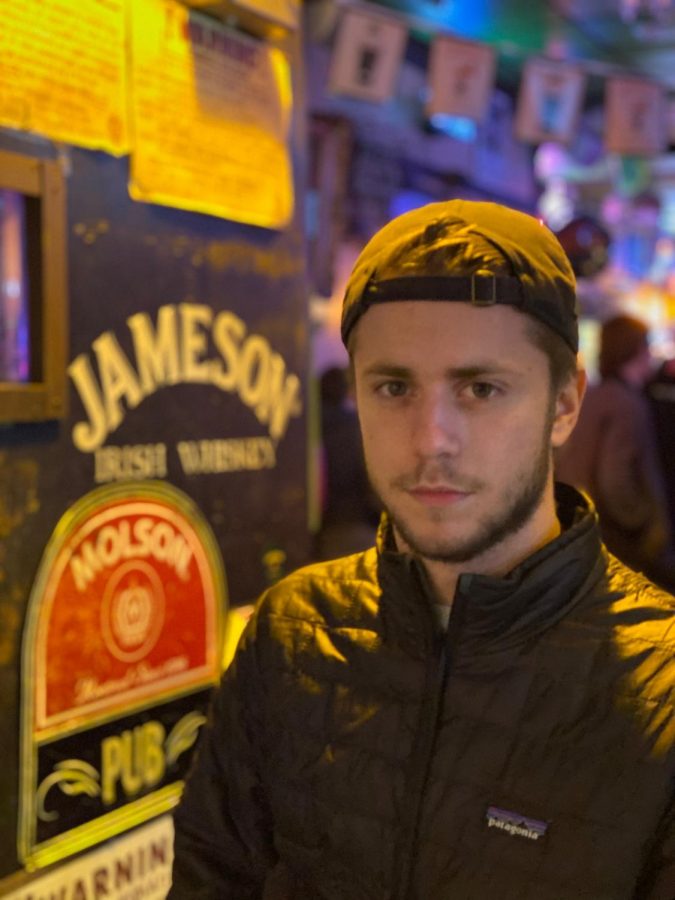 It was a Tuesday around 6:50 p.m. when shots rang out across Boston Common.

Students were told to shelter in place several minutes later but a young reporter had managed to barrel down nine flights of stairs and make it past security guards. Outside Piano Row, he rushed into Emerson College’s front yard having never written a single article or held an interview. He was as green as they came.

For four years in high school, the idea of attending college to become an English professor was tantalizing. Taking inspiration from a teacher in Texas, a vision of being a mid-20-year-old professing the words of literature’s greatest sounded appealing. Poetry, simple short stories, and of course, the occasional longer piece drenched in teenage angst were the highlight of secondary education.

What the hell happened to that dream?

The short answer: a rash decision driven by a fuck-it mentality led to hitting yes on an acceptance letter to study journalism at a small college in downtown Boston. Why not take a chance on an age-old profession? They make more money than English teachers, right?

At the Boylston-Tremont campus, a love, no, a passion, but more like an obsession began for a craft that on the one hand is exhilarating and on the other wrecks the mind, body, and spirit. Reporting forces the individual to rethink their perception of the world and open themselves up to new ideas.

Arriving in New England was a culture shock after spending the last 16 years in Texas. Copies of The Dallas Morning News and The New York Times regularly hit my front porch each morning but were often left unread for days and weeks on end. No title of editor of the high school newspaper or yearbook ever graced my resume.

Nearly three years later, it’s strange to think about entering into the world as an aspiring academic. At night, after questioning each life decision, visions of sitting in a classroom miserably reliving high school soothe me to sleep. I think I did the right thing.

A week before the shooting on Boston Common, Nathanael King stood at the front of Emerson College Police Department’s conference room selling freshmen on the idea of giving up their souls to work for free at The Berkeley Beacon. Looking around the room at would-be peers, uncertainty filled every part of my body. I wasn’t cut out for this world. Most had some journalistic experience and here was a naive fucker not knowing one damn thing about reporting.

But an urge that wasn’t exactly clear at the time propelled me to work my ass off for this scrappy paper. Many moons later, here I sit writing a column as the outgoing editor-in-chief. My freshman self wouldn’t recognize who I have become, probably for the better.

It started with Allison Hagan standing in a basement hallway of Piano Row handing out assignments to an ever eager group of students. Towards the end, she posed a question: The Beacon needed a new Student Government Association correspondent to cover the weekly meetings. Without realizing, the words croaked out of my throat to take the assignment, and SGA would become my sole focus for the next few semesters, for better or worse.

Reporting consumed my personality and the newsroom became my family. For the past three years, I’ve known nothing else but writing the first draft of Emerson’s history and eventually directing the larger coverage of the Boston institution.

There are many people who I can thank for helping me along the way, starting with Hagan. Riane Roldan would help finetune my news sense. Parker Purifoy would always walk me back from a cliff during tense situations. Doug Struck and Mark Leccesse would set my head straight after I fucked up. And, of course, Dylan Rossiter always pushed me to innovate our small, unrelenting newsroom.

Without these people, I’d be nowhere.

Starting with a “straight pride parade,” to the deaths of two beloved community members, followed by the potential Marlboro College announcement, and eventually, a deadly respiratory virus that tanked the spring 2020 semester, this editorship has been marked with stress and nonstop work. I’ve made some fairly shitty decisions over the course of my short tenure and I hope I’ve made some good ones — only time will tell.

I’m not sure where I will end up. Journalism, by and large, is shrinking with the quick death of newspapers. However, one thing is for certain: the time I spent at The Beacon made me a better person and prepared me to some degree for the post-graduation world.