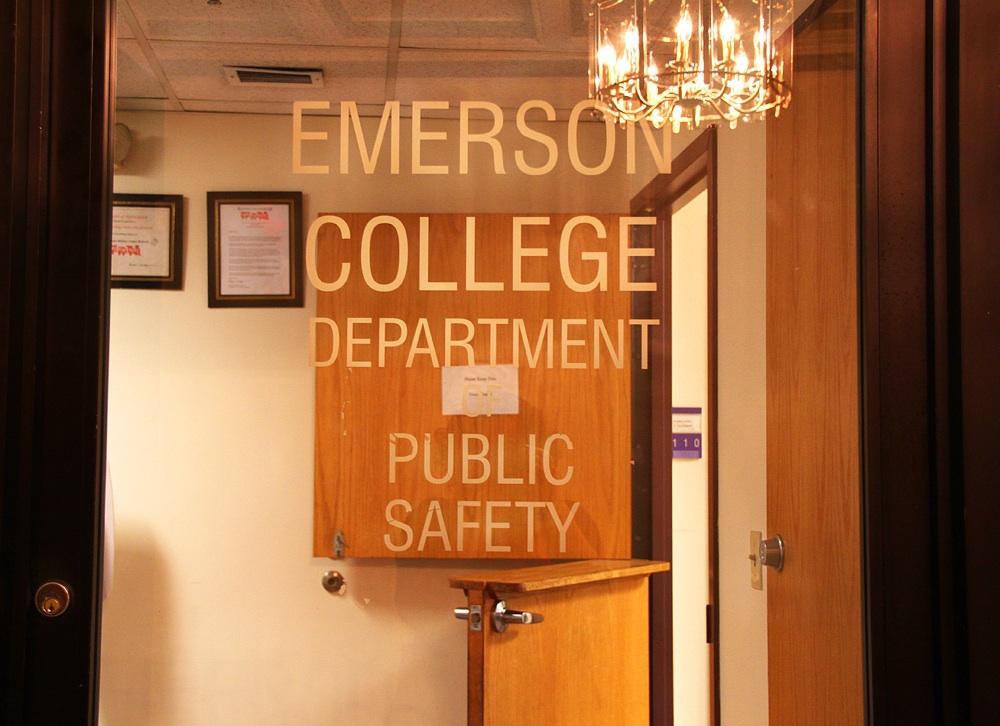 The department made this decision to ensure legal assistance 24 hours a day and solidarity within the unit, said Tebeau.

Officer Joe Murphy, the newly elected president of Emerson’s chapter of the regional college police union, said the move to unionize has been in progress for months.

“I have spoken to members of other unions at other campuses and it sounded like a good idea to have one,” said Murphy, a member of ECPD since 2007.

Edward Villard, a former ECPD officer recently let go for his alleged Internet misuse, said the union was created as a response to the terminations of both he and former Department Chief George Noonan.

Noonan was fired from the college on Dec. 14 after an alleged problem with the Human Resources department. Students and faculty were notified in a mass email.

“When I saw the chief fired, I said, ‘we’ve got to start looking into a union,’” said Villard in a phone interview. “It is ridiculous what they did to him. The administration can get away with not having fair hearings.”

However, Murphy said this move was in no way a response to the two firings.

“We just want a little more protection,” he said. “This is absolutely not a reaction. We planned on this before George [was fired].”

Out of the 17 officers and dispatchers, 16 voted yes to the change. The remaining voter abstained because he or she was off duty on the day voting took place and opted not to come into the office, said Tebeau, a member of the ECPD since 2007.

The eight staff members were not included in the vote, he said.

Voters also declared  Officer Walter Patterson, a member of the department since 2011, as the treasurer, said Tebeau.

Members selected the New England Coalition of Public Safety as their labor organization head, said Tebeau. By joining this organization, the officers of Emerson’s smaller union will be backed by this larger coalition.

This is the premier New England organization of its kind dedicated to the public safety officers of colleges, universities, and hospitals, said Dwayne Goldman the Executive Director of NECOPS, in an email.

“NECOPS is a full service labor organization that provides a host of benefits to our members,” said Goldman in the email. “Those benefits include representation during collective bargaining for an initial contract as well as future agreements; legal representation for all job related matters; political action on issues that impact our members; optional health and welfare benefits and more.”

ECPD officers must pay $15 a week to participate in this union: $12 will go to the NECops organization, and the remaining $3 will be saved in a local account, said Murphy.

The local account will be used for any future legal fees, said Murphy.

“When you have to go into any kind of negotiations, sometimes you have to pay a  fee for that which is generally around four or five grand,” said Murphy.

The ECPD Union is in the process of drafting a proposal to present to the administration. This will discuss what the officers seek to change in their department. Officers, NECOPS officials, and college administrators will meet to discuss details of the proposal in upcoming weeks, after the National Labor Relations Board issues the union certification, said Tebeau.

Tebeau and Murphy declined to comment on what requests would be discussed.

“Contrary to popular belief, this is not a negative thing,” said Tebeau. “This is not about money.”

This is not the first time ECPD officers formed a union. In the early 2000s, officers created a labor organization of their own, which fell apart within a few years due to lack of funds and organization, said Murphy.

He said he hopes this will not happen now with the incorporation of the NECOPS.

Both Tebeau and Murphy said the administration has been very cooperative and supportive throughout the process.

“We are trying to keep it on a friendly basis,” said Murphy.

College Vice President of Communications and Marketing Andrew Tiedemann said he and the administration are pleased to work with the officers.

“We respect and support the officer’s right to organize and we are looking forward to a productive, good faith bargaining process,” he said.

“We want to band together,” said Tebeau. “To create a brotherhood.”