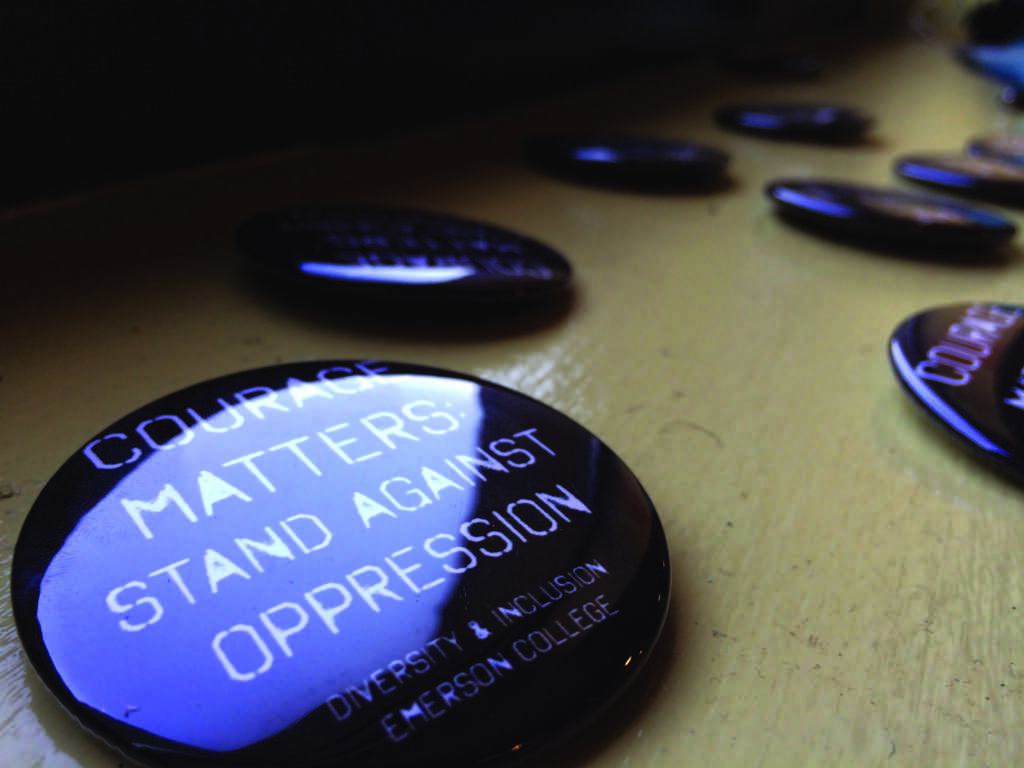 Emerson is widely known as a college focused on diversity, inclusion, and liberality, but student’s recent complaints of prejudice on campus contrast this reputation.

Launching Sep 3, the Bias Response Program is for students, faculty, and staff who feel they have experienced prejudice  on campus. This program, according to Vice President of Diversity and Inclusion Sylvia Spears, is in part a response to student protests last spring regarding a lack of cultural competency among educators at the college. It also aims to bring transparency to how Emerson addresses incidents of prejudice.

“The program is about providing support to those impacted by bias incidents,” Spears said, “which includes the individual who may have been the target of something, but also the community.”

Students brought attention to issues of racial prejudice in demonstrations last spring. Students travelled through the college’s buildings voicing their complaints—like “We pay for education, not discrimination”—eventually entering a faculty assembly that was taking place in the Bill Bordy Theater.

“It’s racism, it’s sexism, it’s homophobia –– it’s all this other stuff,” said Sheba Wood, a junior performing arts major and the multicultural commissioner for Student Government Association. “Honestly, I don’t think anyone has bad intentions when they say these things––they might just not know.”

Students again voiced concerns with prejudice on campus at orientation training for orientation leaders and resident assistants from Aug. 18-21. In a conversation with over 200 OLs and RAs about sexuality, consent and general college life, Jaclyn Friedman, an Emerson alum, writer and equality activist, was asked “What are we to do if professors make racist remarks?”, according to visual and media arts  sophomore and OL Emily Morris.

Many OLs and RAs—mirroring the temperament of protests last spring—specified professors they felt crossed the line between conversation and controversy, according from sophomore marketing communication major and OL Karin Yehoudian.

“Everyone kind of had tunnel-vision in the moment to be like ‘Yes! This is so important!’” Yehoudian said of voicing complaints about professors.

Director of Student Activities Jason Meier, who declined to comment, took notes as students denounced professors for racist remarks but wasn’t writing down names, according to journalism sophomore and OL Krista D’Archi.

“While it was happening it all felt really riled up, but in a freeing, open way,” D’Archi said. “Once the conversation ended we kind of just fell back into what we had to do.”

Morris said students were told that Friedman would be “rescheduled” to later in the semester from her standing orientation presentation. Friedman did not respond to requests for comment.

Individuals who feel they’ve been a victim of prejudice or bias may report the incident to the Bias Report Team. Spears said students may report incidents to Diversity and Inclusion, Multicultural Student Affairs, and any other faculty or student leader who will pass the incident onto the Bias Response Team.

As shown in a flow chart provided to the Beacon by Spears, first anonymity is determined for communication and privacy purposes. The report is then filed with Spears and Morgan, referenced with Title IX policy for possible violation of sexual misconduct. She said notification would be sent to students who file reports to ensure they know their complaint was received.

Incidents are then assessed by the Bias Response Team. The team  communicates with the reporting party, if possible, and determines responsive action—referral, education, or notification to the community. The incident is published to an aggregate database of all incidents for the academic year, posted on the Office of Diversity and Inclusion web page.

Spears said the Bias Response Program will not replace or undermine disciplinary action. If a report is found to violate school policy, state or federal law, the incident will be reported to the appropriate authority.

This issue is not exclusive to Emerson. Students at University of California Los Angeles, UCLA, in 2013 faced similar issues to those reported at Emerson. UCLA graduate students accused professors of microaggressions, which are subtle verbal and nonverbal comments or actions targeting marginalized persons’ identities. Colleges across the country––from University of Oregon to Boston College––have created Bias Response Programs to combat prejudice on campus.

Spears said the program aims to lend transparency to prejudice in Emerson’s community, and clarify when discourse becomes hurtful and threatens learning.

“Nobody is learning when they’re unsafe,” Spears said, “[the Bias Response Program] is working to help people understand the difference between being uncomfortable and really, legitimately not being safe.

Correction, Sept. 10: A previous version of this article stated Jason Meier, director of student activities, was taking notes at an orientation training event. Meier said he was, in fact, taking notes at the event, but that he was not taking notes on the names of professors who were being denounced for racist remarks.

Managing Editor Hunter Harris and and Deputy Photo Editor Evan Walsh, who are RAs, and Deputy News Editor Martha Schick, who is an OL, did not participate in the reporting or editing of this article.