The Berkeley Beacon • May 8, 2020 • https://berkeleybeacon.com/almost-four-hundred-students-elect-13-sga-candidates-for-next-fall/ 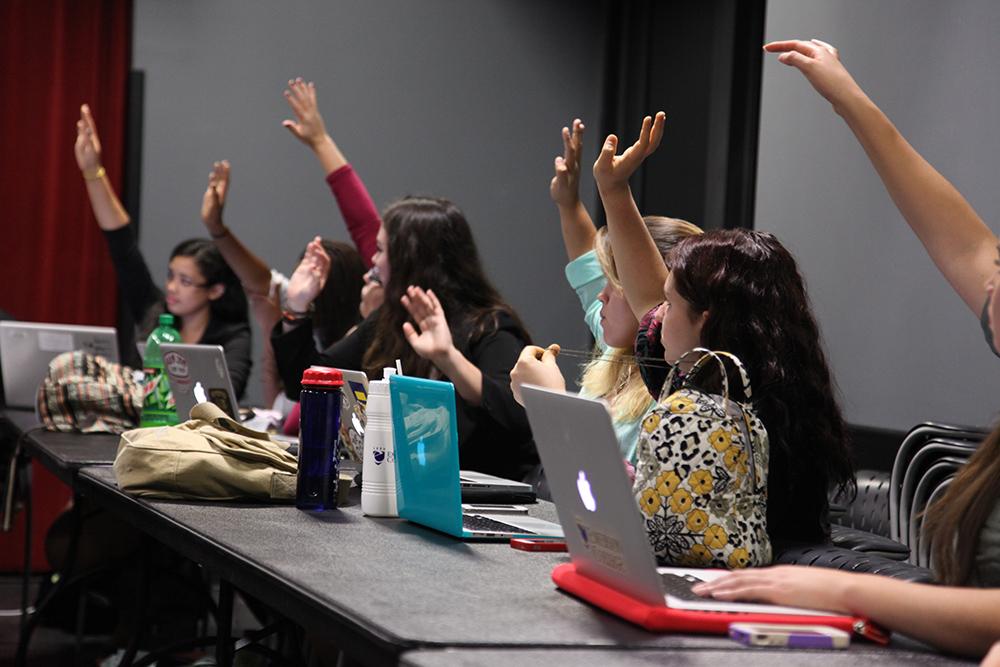 The Student Government Association released its spring general election results Monday, revealing an extremely close race for the organization’s executive presidency with self-described LGBTQ+ activist Claire Rodenbush, who promised to bring radical change to SGA, winning the position with just under half the total vote.

The elections saw 387 students vote to elect 13 candidates—down significantly from spring 2019, when 875 students voted—against the backdrop of the COVID-19 pandemic, which forced campaigning and voting into the virtual realm. Voter turnout was relatively on track with other previous elections. Rodenbush, a sophomore who has never held a position in SGA, defeated junior Diego Torres, also an outsider, and freshman Jehan Ayesha, who organized a write-in campaign and was endorsed by nearly the entirety of SGA’s current membership. Rodenbush won 163 of the 373 votes cast for executive president.

“The student body was tired of the way things were, and they proved that by electing me,” Rodenbush said in an emailed statement to The Beacon. “SGA needs radical change, and I am prepared to usher that change in under my presidency.”

The elections come on the heels of the ratification of a new constitution two weeks ago that will drastically overhaul the organization’s basic function by shifting to a legislative model focused on enacting change in real-time.

SGA’s new constitution states that the top vote-getter in each race assumes the office. Under the old constitution, candidates were required to receive more than 50 percent of the votes cast in the entire election, a clause that invoked questions surrounding some current SGA members’ eligibility.

Rodenbush ran her campaign with the support of organizations like Students Supporting Survivors and the Emerson College Student Union, promising to re-imagine SGA to better fight for change at the college.

As for winners of the other races:

Debrosse, who ran on a ticket with Ayesha, won 160 of the 216 votes cast for executive vice president, totaling 74 percent of votes cast for the position. Debrosse told The Beacon that while she was disappointed she won’t get to work with Ayesha, she believes she and Rodenbush will be able to work well together.

“I was really looking forward to working with [Ayesha] and kind of being that team because a lot of our policies aligned with each other,” she said in a phone interview. “But I’m not upset that Claire’s the [executive] president. I think she has some good ideas and I think I can help her bring some of her ideas to the table and vice versa.”

Debrosse also said she believes she can bring a unique perspective to one of SGA’s most important roles by better representing first generation college students who come from low income backgrounds.

“I think I bring a voice to that very marginalized community at Emerson so for me to be in the position of VP, a lot more of their concerns and issues will be brought to the table,” she said.

David won the race for Performing Arts Senator, the only senate race that saw multiple candidates campaigning for the same role. David beat out two freshmen with previous SGA experience, former LGBTQIA+ Commissioner Anthony Allocca, and former Financial Advisory Board Class of 2023 Representative Koby Polaski. David won 40 of the votes cast for the position— nearly 62 percent of the total.

David said his first priority will be to ensure that theater space at the college is more accessible for students to book.

“First and foremost, I just want to make a little more clarification with the accessibility of reserving space,” he told The Beacon in a phone interview. “A lot of issues arise with reserving space for student theater organizations, specifically rehearsal space. A lot of the booking process is hindered by Emerson Stage’s grasp on that.”

During his campaign, David spoke extensively about creating an intimacy and consent workshop within the department, something he believes helped him win the role.

“A lot of the time in performance spaces and in classes at Emerson, I’ve heard issues with directors and teachers not necessarily following a lot of protocols that are new within the performing arts community,” he said. “It’s not really a fault of theirs, but I think that’s something that definitely encouraged people to vote for me.”

Coughlin told The Beacon that he was excited to continue working with VMA Department Chair Brooke Knight to shape the VMA program and stressed that the department needed to prepare for the possibility of the COVID-19 pandemic forcing courses to continue online in the fall.

“My biggest thing is just urging Brooke Knight, if we do have to go online again in the fall semester, to just stop all production courses,” he said in a phone interview. “It doesn’t make sense to have these production courses offered and just instead offer all seminar courses and enough that everyone can take their two seminars if need be.”

Apitz, Garback and Phillips ran unopposed, as did all candidates in class council.

Some of the available positions include journalism senator, communication studies senator, business of creative enterprises senator, honors program senator, and executive secretary. SGA’s new constitution created several new positions in the new Student Experience Senate and Financial Equity Committee, only one of which has been filled – class of 2022 student experience senator.