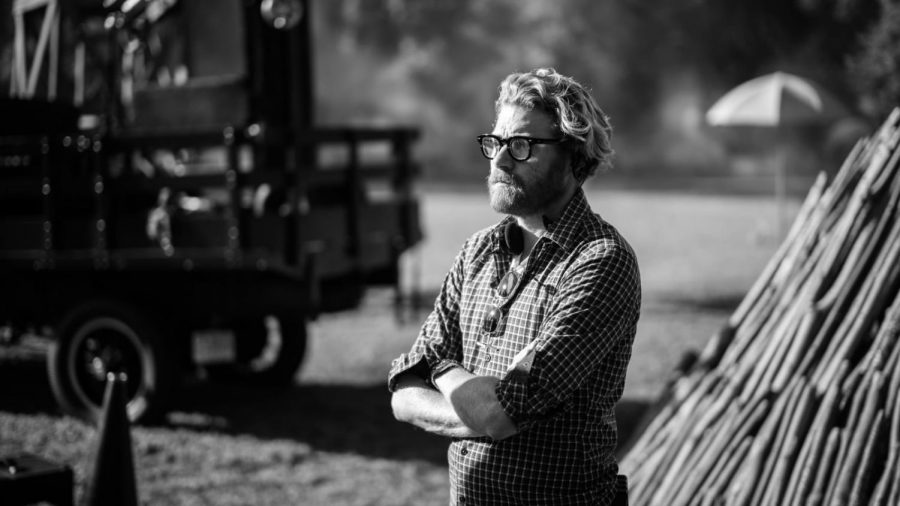 Alum Erik Messerschmidt ‘02 won his first Oscar for Best Cinematography for Mank, directed by David Fincher, at the 93rd Academy Awards this past Sunday.

Mank, released on Nov. 13, 2020, is a story of 1930s Hollywood through the lens of a screenwriter rushing to finish Citizen Kane. The film follows Herman Mankiewicz, the 1942 Oscar winner for Best Screenplay for Citizen Kane.

“I wish I could cut this [award] into five pieces,” Messerschmidt said in a brief acceptance speech Sunday night. “It’s such an honor to be nominated amongst all of you.”

Mank stars Gary Oldman as the alcoholic screenwriter, and features Amanda Seyfried, Tuppence Middleton, and Lily Collins, along with other familiar faces. Another important note: Bill Nye makes an appearance.

Messerschmidt studied film production and worked on various sets as a gaffer during his time at Emerson. That led him to electrical work in television and commercials, and he joined IATSE (The International Alliance of Theatrical Stage Employees) Local 481, a union for technicians and craftspeople who work in all types of motion picture productions, before graduating in 2002. Upon graduation, Messerschmidt moved to Los Angeles and made several connections to eventually secure a job with The American Society of Cinematographers.

Apart from winning an Oscar, Messerschmidt also previously won a Satellite Award and American Society of Cinematographers Award for his cinematography in Mank. The film itself won another Academy Award for its production design.

In the past, Messerschmidt collaborated with Fincher on Gone Girl, and a Netflix series titled Mindhunter. He has also worked on a few TV series, including Fargo, Legion, and Raised by Wolves.