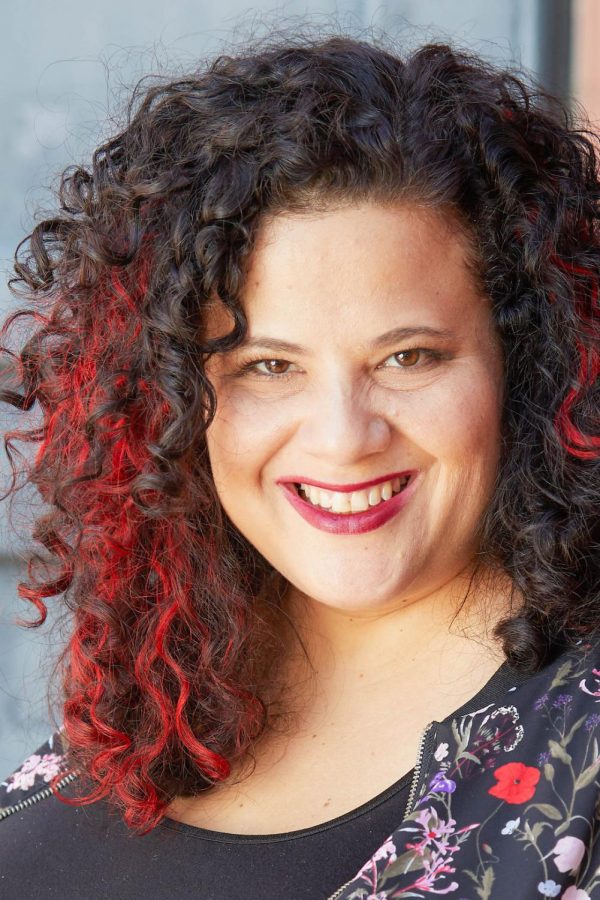 Jaclyn Friedman ‘04 releases book aiming to answer the question: what would happen if we believed women?

In late 2017, Jaclyn Friedman ‘04 was looking forward to celebrating the 10 year anniversary of the feminist anthology, Yes Means Yes, which she co-edited, when the #MeToo hashtag took over social media. In the months that followed, survivors took to social media to share their stories, but when some of those who spoke out were silenced, another hashtag emerged: #BelieveWomen.

Believe Me: How Trusting Women Can Change the World, a collection of essays co-edited by Friedman that was released in January, seeks to answer the question that she said has been at the forefront of the conversation ever since the #BelieveWomen movement began: what would happen if we believed women?

“The list is so long,” Friedman said in a phone interview from Boston. “Even the book does not contain all the ways the world would change if we believed women.”

Friedman said the challenge for contributors was to write an essay that addressed a scenario that would exist if women were treated as both credible and important. One essay by writer Soraya Chemaly discusses how the structure of the internet would be different if companies took women’s experiences of harassment online seriously.

“Our medical systems would be different if we thought black women’s mortality rate was important, or if women in general were treated as credible reporters of their own physical pain,” Friedman said. “Our legal system would be different if it centered [around] survivors, and it would have to be completely rearranged [if it were] to enact anything that looks like justice.”

The #MeToo movement called attention to sexual harassment in the workplace as well as other types of sexual violence, which led to federal indictments of high-profile offenders such as Harvey Weinstein, Jeffrey Epstein, and R. Kelly, among others. But when Judge Brett Kavanaugh was confirmed to the Supreme Court in late 2018 after Dr. Christine Blasey Ford’s testimony that he sexually assaulted her, #BelieveWomen grew in popularity on social media.

Some critics pushed back against the call to “believe women,” expressing concern over false accusations that could lead to wrongful convictions of alleged offenders. In an op-ed for the New York Times, Daphne Merkin wrote that for men living in the #MeToo era, “to be accused is to be convicted.”

“We think that if people understood what ‘believe me’ is about, so many things would change,” Friedman said. “What we mean is that you have to act as though women are credible unless given evidence to the contrary, which is exactly the way we treat men in our culture.”

While touring for Believe Me, before the COVID-19 pandemic shifted events online, Friedman said readers were eager to discuss news coverage of sexual misconduct in the post #MeToo era. During her tour, a judge sentenced Harvey Weinstein to 23 years in prison, E. Jean Carroll claimed President Donald Trump’s DNA may be on the dress she wore when he allegedly raped her, and the death of Kobe Bryant led to questions about how to honor the legacy of someone who was accused of sexual assault.

“There [are] headlines after headlines about how our world is [still] being impacted by the systemic cultural disbelief of women,” Friedman said. “There’s a lot of unfairness that we have to overcome, and we’re working on it, but it’s long, hard work.”

Friedman graduated with an MFA in creative writing and made her writing debut in 2007 with a rebuttal piece on the feminist news site Women’s eNews titled, “Drinking and Rape: Let’s Wise Up About It.” The article addressed victim-blaming, which often takes place in conversations about sexual violence involving alcohol.

As the program director for The Center for New Words, a non-profit organization that arose from the feminist bookstore New Words, Friedman launched the Women, Action, and the Media conference in 2004. WAM!, which eventually became its own non-profit organization, sought to make the media industry more inclusive by bringing activists together to fight for gender equity. Friedman’s work with WAM! introduced her to Jessica Valentis, the co-editor of Yes Means Yes, which they released in 2008.

“‘‘Yes means yes’ is the very simple idea that you only interact with someone sexually if they’re actively into it, and if you can’t tell, then you have to ask,” Friedman said. “What that does is erase a lot of what people like to say is a ‘gray area,’ which is actually just an area of plausible deniability for people who know they’re interacting with somebody who’s not into it.”

In 2011, Friedman released her first solo book, What You Really Really Want: The Smart Girl’s Shame-Free Guide to Sex and Safety, which she wrote in response to questions she received while touring to promote Yes Means Yes in 2009.

“I kept hearing a different version of the same question, which was, ‘I love the idea of enthusiastic consent, but how do you know what you want to say yes to?’” Friedman said. “That was a hard question to answer in 5 minutes in a Q&A.”

Jason Meier, director of student engagement and leadership, brought Friedman back to campus to talk about her work on several different occasions since her graduation. Meier said she gave students the opportunity to have an open discussion about healthy sexual relationships.

“[Friedman] helped us start a conversation [about sexual liberation] before the conversation was nationwide,” Meier said in a phone interview from Boston. “She’s really been at the forefront of having conversations about sexual empowerment.”

For as much progress as the #MeToo movement made, Friedman said there is still plenty of work to do, and the responsibility lies with everyone, not just women. She encourages more people to join in on these conversations, especially those that are particularly difficult.

“One of the best things you can do is get comfortable starting uncomfortable conversations when you see the need for them,” Friedman said. “It [presents] opportunities for change that don’t happen otherwise.”

Friedman said she hopes the world described in the essays of Believe Me becomes a reality. She has one wish for the future of young girls.