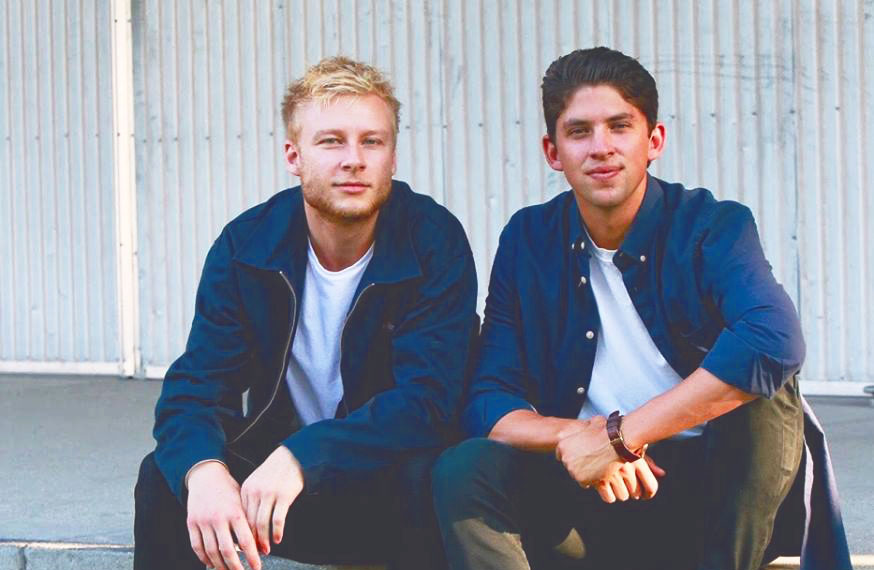 Jordan Cipolla ‘18 and Adam James McCarthy ‘17 shared matching tattoos—stick and pokes done by Cipolla’s ex-girlfriend. The design depicted a tulip inside of a Bulleit Bourbon bottle next to a billiard ball. The billiard ball was a representation of the hours they spent playing pool together while at Emerson, while the tulip was an homage to their short film “Tulips.”

McCarthy and Cipolla started writing “Tulips” three years ago at Emerson. Over a two-year span, they developed the script into an absurdist plot about a young man mourning the loss of his late girlfriend. He then sees another man at the foot of his beloved’s grave.

“One of the last conversations we had was going through the script and implementing some jokes. We were just laughing a bunch. I am so thankful for it now,” Cipolla said in a video call. “Then [McCarthy] passed away. That took a big chunk out of our hearts honestly. It totally took the winds out of our sails.”

Cipolla, who was a visual and media arts major, brought the seedling of the idea for “Tulips” to McCarthy, a writing, literature and publishing major, after a discussion about absurdism inspired him in his Directing Image and Sound class taught by Professor Ziad Hamzeh.

Cipolla said McCarthy was immediately interested. Ryan Bergeron ‘18 was also involved in the project from the beginning as a cinematographer. Katya Alexander ‘19 joined the crew as a producer in early 2018.

Cipolla said McCarthy’s death put the completion of “Tulips” on hold for a while.

“About four months after [McCarthy died], I was like, ‘I want to do it. I want to make ‘Tulips.’ I’m bringing this thing to life,’” Cipolla said. “But it was still so soon. It’s still way, way, way too soon. We had other stuff going.”

The time wasn’t right, and they could not dedicate enough time to “Tulips,” Cipolla and Alexander said. In the months following McCarthy’s death, the production company Alexander founded and now runs with Cipolla, CQ Studios, was in the midst of completing multiple music videos and their first feature-length documentary.

Toward the end of fall 2018, Bergeron, Alexander, and Cipolla began discussing the possibility of returning to “Tulips.” Alexander and Cipolla said they all agreed that it was finally time to bring McCarthy’s words to life.

The group began to recruit crew members, search for filming locations, and find actors. They launched a Kickstarter which garnered support from 40 backers and raised $7,089. Alexander said the money raised went predominantly toward acquiring permits, reimbursing their Kickstarter video, and paying for locations, insurance, and crew members.

“The film [has been] pretty expensive to make,” Alexander said. “It ended up costing maybe a bit more than what we raised on the Kickstarter.”

Alexander and Cipolla said working on the set of “Tulips” was a unique experience where everyone felt passionately about the project.

“This specific project felt very different,” Alexander said. “Pretty much everyone on the film either loves [Cipolla] more than anything in the world or knew [McCarthy].”

Three years in the making, “Tulips” is set to be released this spring.

Cipolla and Alexander said they are most looking forward to sharing “Tulips” with McCarthy’s friends and family.

“The piece itself is fun and lighthearted, which really is a testament to how he was and our friendship,” Cipolla said.

Cipolla dedicates a lot of time paying tribute to McCarthy’s memory. Cipolla said his personal project in the coming months is to edit, transcribe, and attempt to get the novel McCarthy wrote during his last six months published. The novel is about McCarthy’s happiness.

“It was like a book, but it was essentially a diary about his happiness—how he got happiness when, where he wasn’t happy and why,” Cipolla said. “It’s like a three-hour-long read all the way through. I think his voice deserves to be heard.”

Cipolla also created a website which showcases McCarthy’s prose, poetry, and music. The homepage features a video created by Cipolla and Bergeron, which follows them on a cross-country road trip as they plaster McCarthy’s writing on walls along the way.

The site accepts donations to the Adam James McCarthy Scholarship Fund, which is devoted to furthering education to deserving young students, according to the website.

“[McCarthy] was aware of what really matters, whereas most people are sick to their stomachs scrolling for hours, all caught up in other people’s shit, whereas he just was talking to people and understanding and learning and seeing a bunch of shit that nobody else sees anymore,” Cipolla said.

Cipolla said he thinks this is why McCarthy lacked a television, Netflix account, and a smartphone.

“He just didn’t want to waste time. That was his big thing,” Cipolla said. “I miss him.”

2/14/19: In a previous version of this article, the Beacon included the circumstances surrounding how McCarthy died. We have removed these sentences out of respect for McCarthy’s family.