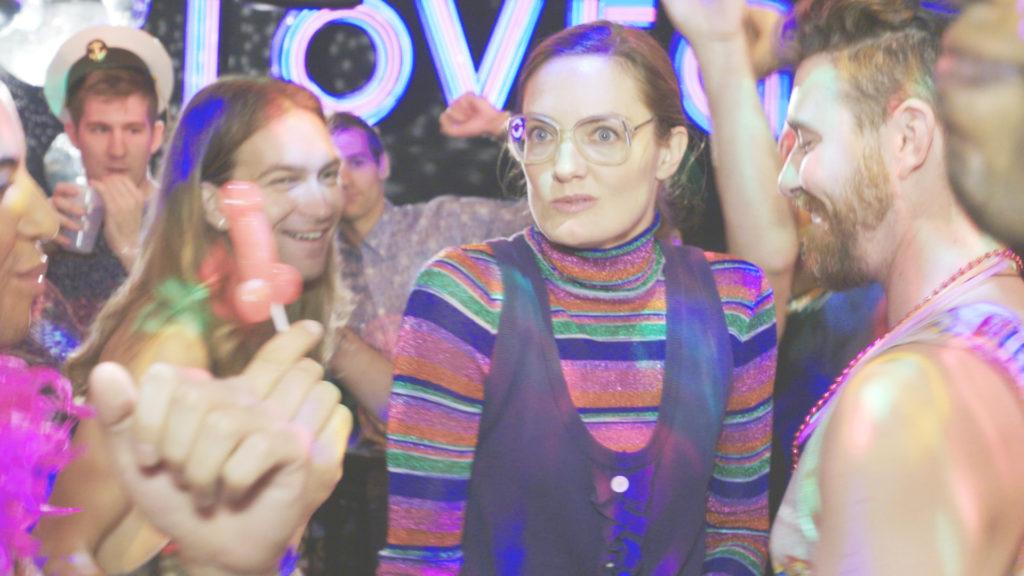 Over a decade ago, Elizabeth Zephryin McDonough ‘06 interviewed a CVS employee as part of an assignment for her character documentary acting class. The stranger claimed to have psychic abilities that she said ran in her family.

“She was a real character with super thick glasses,” McDonough said. “We ended up going to the McDonald’s next door for the interview and I talked to her for two or three hours.”

Inspired by the eccentric individual, McDonough created a character who now headlines the new Facebook-exclusive web series Janice Gunter: Ghost Hunter. The weekly mockumentary follows the awkward paranormal investigator, who still lives with her mother, as she tries to find success in the competitive ghost hunting business. The first of six episodes premiered on Facebook on Sept. 26.

The show was created when lead writer Drew Larimore ‘06 stumbled across videos of McDonough in character on YouTube. Larimore knew McDonough from their time together at Emerson. The two met while studying abroad at Emerson’s Kasteel Well program.

“I was eating lunch and I watched Zeph’s videos and thought they were so funny that I choked up my food,” Larimore said.

Episodes range from six to 10 minutes in length, and “Janice” posts updates on the Facebook page between episodes. In future chapters, Gunter will make it onto America’s Next Top Ghost Hunter.

The show is produced by One Glass Video, a production studio based out of New York. However, it has roots in Emerson. Luke Simmons ‘05 directed every episode, and Dawn Newman ‘06 and Sunita Mana ‘08 are guest stars.

Larimore said that the crew of actors are well balanced with the show’s main character.

“What’s cool is that Jiggly and other guest actors are so strange as actors but on this show they get to play the role of the straight man to Janice,” Larimore said. “Tonally that blows us off the charts.”

Janice Gunter: Ghost Hunter only has one season completed but plans for season two are already in the making according to Larimore.

“We’re releasing them weekly on Facebook to build up a fanbase so we can hopefully sell the second season to an online platform,” Larimore said.

The effort to find a fanbase resulted in a flier campaign. The show’s cast and crew left fliers advertising Janice’s services all over New York City.

“Some people definitely think she’s real,” Larimore said. “Even with the New York City street flier campaign, people are not quite sure it’s fake. Some guy proposed to her. A bunch of people called in for help with ghosts too.”