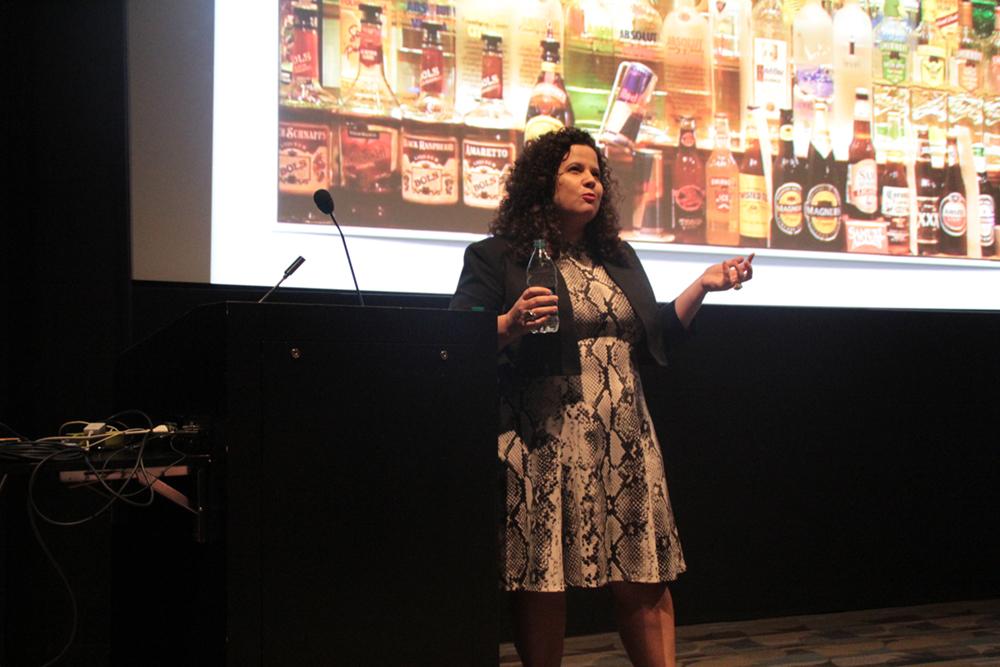 Feminist writer, activist, and Emerson alumna Jaclyn Friedman spoke to a dozen students at the Bright Family Screening Room on Monday about the dangers of the commodity model of sexuality, and how to counteract it.

“When we yell at each other about what we think the other should do with our ‘precious jewel,’ it distracts us from undermining the model that keeps us oppressed,” Friedman said at the event.

Friedman talked about consent, heteronormativity, and other issues surrounding sex and sexuality in a talk put on by the Office of Student Life. She talked about the “yes means yes” standard of enthusiastic consent and its implementation.

“It can be a bit awkward to talk about when we don’t see it modeled for us,” Friedman said. “But I think when we think about it, it’s not very unreasonable.”

Friedman also took audience questions following the event. She took people out into the hallway to talk about more personal questions. In an interview, she said she enjoyed the environment of the smaller crowd.

“There’s a certain energy you get from a giant audience, but I also love the intimacy of these kinds of conversations,” Friedman said. “The thing you don’t get at orientation is there’s no discussion, I love being available on that level and really hearing what’s happening in individual people’s lives.”

Rebekah Brinkerhoff, a senior performing arts major, asked Friedman how to write about others in personal pieces respectfully.

“I tend to show them as much kindness as they show me,” Friedman said to Brinkerhoff. “I try not to write things about my sex life just to be titillating. [I ask myself,] ‘What’s my reason for writing this?’”

Friedman has spoken at orientation since 2013, but the college pushed back her event last fall. Steven Martin, associate dean of students, declined to comment on why the college effectively cancelled the event after it was not rescheduled during the week.

Her initial return date was Feb. 8, but the college had to cancel due to weather, according to Jason Meier, director of student life.

“This talk is important,” Meier said. “This conversation is important. This event has been rescheduled multiple times thanks to snow and other issues, but it hasn’t deterred us from believing in this message.”

Meier said he expects Friedman to resume speaking at orientation again next fall.

Martin sent out an email to students on Saturday promoting Monday’s event.

Friedman said she was happy to speak at the college again. She said in an interview that students are often more involved than at other schools.