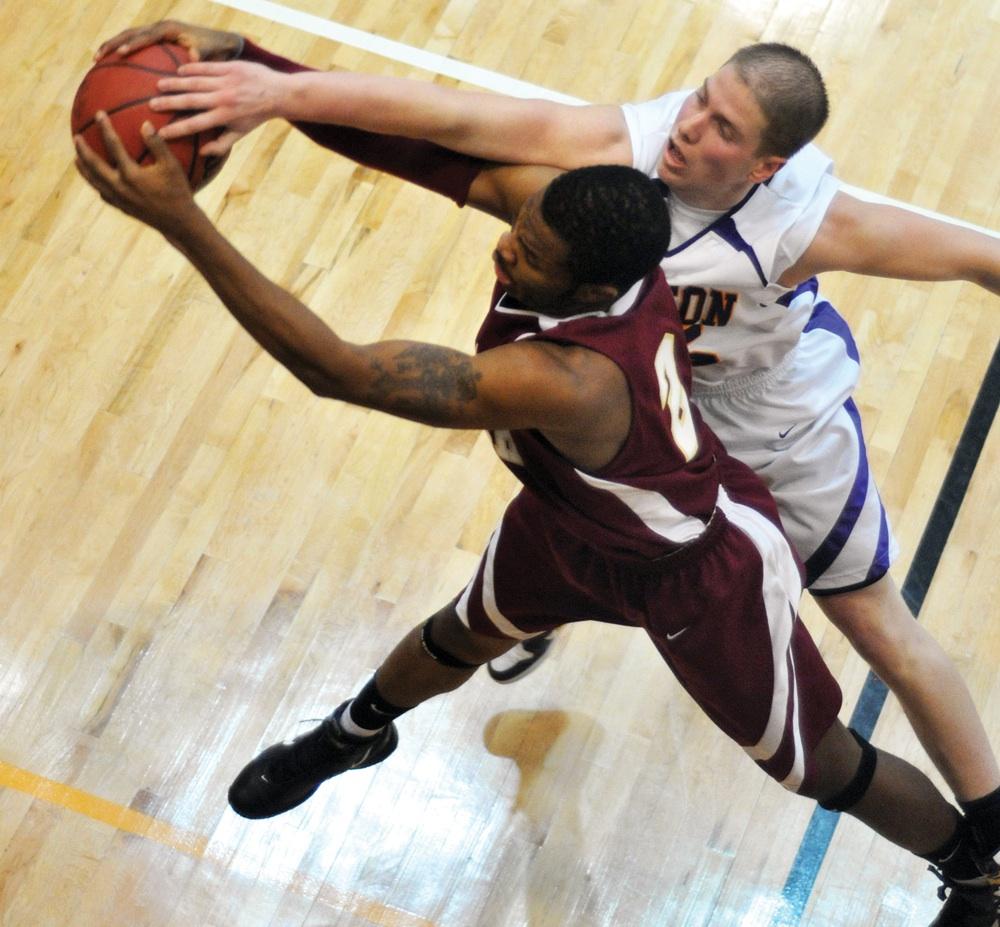 The petition urges Pelton and Vice President for Information Technology William Gilligan, who oversees athletics for the president, to “reconsider the position of athletic director” and outlines a number of problems with the Athletics Department, including a high faculty turnover rate and  poor communication between administrators and athletes.

“The hive was just buzzing, and I knew it needed to happen then,” Moss said, after the Beacon reported DiNucci — a star on the team — would not play her senior season in part because she was frustrated with what she said was a deteriorating relationship between athletics officials and athletes.

Moss, who graduated last year, is one of numerous former and current student athletes who signed the petition. Moss said he and DiNucci are dating.

Pelton said he was prepared to address all the positives and negatives brought up throguh a dialogue.

“I’m going to listen and do my very best with them, and with others, to understand how we can improve the student-athletic experience,” Pelton said in an interview.

Parnell, who was emailed the petition directly, said she was upset by it.

“I think it’s safe to say it’s saddened me where it’s got to the point they feel they have to communicate in this fashion,” Parnell said, reading from prepared responses on a sheet of paper.

Before serving as athletic director, Parnell was the Emerson women’s soccer coach from 1997-2004, and then spent three years as the associate director of athletics. She was named the college’s first female athletic director in 2007.

A concern frequently raised by the petitioners was with what they described as the department’s weak communication. Some complained that department officials neglected to praise athlete’s accomplishments, others said the once easygoing relationship between administrators and players had broken down.

“It came to a point where the environment we’re subjected to in the athletics department became uncomfortable,” said Ken Nikravesh, a four-year member of Emerson men’s soccer and tennis teams. “And it wasn’t uncomfortable when I first got here. I don’t know why it’s become that, but it’s there.”

Of the 29 players listed on the men’s soccer roster this year, 10 signed the petition last night.

Parnell said she has tried to attend more athletic events and show her support since she was named director, something she said previous directors failed to prioritize.

But Moss said during his experience as a student athlete, he felt that department officials rarely engaged him or treated him with respect. He said he did not even know Parnell or who lead the department until completing his first full season of basketball.

“I saw these people — I was there for four years — and they didn’t even acknowledge my existence,” Moss said. “Those people are supposed to be helping me — it just made me sick.”

The petition, hosted on the social action website Change.org, has a feature to leave a comment without signing if students want to voice opposition or support to the protest.

Pelton said though he hasn’t read the comments,  he spoke to students who disagreed with the petitioners’ complaints.

But so far, no dissenters have commented.

“There’s an ability for people to say, ‘I’m not signing this, I think you’re wrong; I think the administration is doing a great job,’ but not one person is doing that,” Moss said. “Everyone is on the same page.”

Former Emerson men’s basketball player Jeremy Shannon, echoed the objections to the department’s conduct raised by both Moss and Nikravesh, a Berklee College of Music student.

“I just felt more like someone who was more like a prisoner,” Shannon who graduated in 2010  said in a phone interview. “I almost feel like I’m not an Emerson alumnus.”

Shannon is the sixth all-time leading scorer in the programs history, compiling 1,521 points.

The petition’s original goal was to receive 100 signatures. After being posted Feb. 23, the petition reached 50 signatures within 24 hours, and reached 100 two days later. The website then automatically upped the signatures goal to 200, which it reached early this morning.

Parnell and Pelton both said they will listen to athletes and make any necessary changes. But Nikravesh said he and fellow student athletes believe the inculturation of the department’s issues will be difficult to reverse.

“I felt like that the athletics office used to be a place I could come by, have a chat with a few coaches, a few members of the staff. Overall, it was a comfortable supportive atmosphere that I enjoyed being a part of,” Nikravesh said. “Over the past two years or so, I haven’t seen a reason to go there. It’s uncomfortable. I can’t tell you why — I don’t know why. But it’s like that, and I’m sure I’m not the only one that feels like that.”