Alumna returns to Emerson for Fiddler on the Roof tour 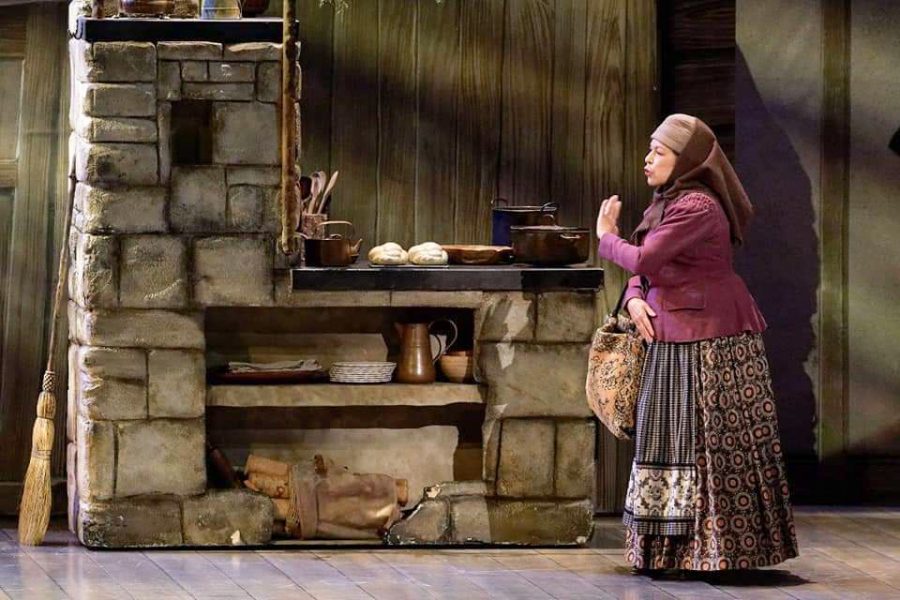 Carol Beaugard '78 performs as Yente, for Fiddler on the Roof.

Carol Beaugard ‘78 grew up watching and listening to the soundtrack from Fiddler on the Roof. As a little girl, she played a villager in her hometown’s production of the show and the classic musical has since become one of Beaugard’s favorite plays.

When the Broadway production of the show came to Emerson’s Colonial Theater on Feb. 25, Beaugard took the stage as Yente, a gossipy matchmaker. The Boston showings ran for two weeks as a part of the Fiddler on the Roof Broadway national tour, making stops all over North America.

“It was just so incredible to come full circle,” Beaugard said in a phone interview from her next tour stop in Detroit. “It was such a privilege knowing that I was on Emerson soil. Every day that I was on that stage, it really was a dream come true.”

Beaugard’s tour contract originally was set to end on May 17. Because of theater regulations regarding COVID-19, the final six weeks of the tour have been canceled after the last show in Detroit on March 10. Beaugard said she is excited to return back to New York City and continue performing.

Now in her late 50s, Beaugard has only recently begun performing professionally. After graduating with a communications degree, she worked in radio and public relations before heading back to school for acting. This is Beaugard’s second year performing in Fiddler on the Roof.

While Beaugard was in Boston for the tour, she discussed her Broadway role as a guest on the WERS 88.9 FM radio show, Standing Room Only, the same station where she worked on her own radio show as an Emerson student.

Beaugard served as the program director for WERS and host of the Latin jazz radio show Chevere. Beaugard would frequently interview popular musicians within the jazz community, including Stanley Clarke and McCoy Tyner.

“It was the 70s, so there was a vibrant jazz scene,” Beaugard said. “Every major jazz artist that came through was a guest on my show, I used to hang out with them. Art Blakey took me on a personal car ride showing me all around his old neighborhood in Boston.”

Kevin Lyles ‘79, who worked with Beaugard as the program director for WERS, has been friends with her since they attended Emerson together.

“One of the things I admire is when someone makes a midlife career change,” Lyles said in a phone interview.

Lyles, who attended a showing of Beaugard’s performance in Chicago, said he was impressed with her ability to follow her dream later in life.

“I’m proud to see that she’s following the path that she really wanted to do out of Emerson,” Lyles said. “She wanted to be acting back then but didn’t follow it because her parents wanted to see her with a more practical way of making a living. She’s shown that you can make a living in acting and do the thing that you love doing.”

In addition to her radio work, Beaugard worked in public relations for companies such as ABC and Showtime. She eventually started her own event planning company and was featured as a wedding planner on the TLC television program A Wedding Story and Esquire’s Whose Wedding Is It Anyway?

Beaugard, who was always interested in show business, said she decided to make a career change and pursue theater professionally in 2014. Her husband encouraged her after seeing her performance in a community theater show.

“When he saw me on stage he said ‘You know, of all the careers I’ve seen you do, this is really your calling,’” Beaugard said.

To help pay for acting school, Beaugard accepted a job as a coordinator for Major League Baseball in 2014. She enrolled in The William Esper Studio, a performing arts school in Manhattan. While Beaugard worked full time, she took classes at night and on the weekends. She took off-broadway stage roles before being cast as Yente in 2018.

Beaugard began touring with Fiddler on the Roof in Oct. 2018. She acquired the role of Yente after auditioning at a casting call. This wasn’t Beaugard’s first role playing an Eastern European Jew. In 2017, Beaugard portrayed a Russian-Jewish immigrant who was escaping the holocaust for the off-broadway production Ellis Island: Journey to America.

“I think that was one of the things that made them like me,” Beaugard said. “I had that experience of playing someone who had to flee their home because of persecution. It really resonates with the story of Fiddler on the Roof.”

The story of Fiddler on the Roof details the lives of an Orthodox Jewish family in Imperial Russia during a time when Jews were facing land restrictions at the hands of antisemitic European government. Because of the play’s significant background, Beaugard said that director Bartlett Sher wanted this production of Fiddler on the Roof to tell the story in a more serious tone.

“Yente is usually played for big laughs and much more cartoony and really over the top,” Beaugard said. “He did not want that at all. He wanted her much more serious, business-like; but her lines are so funny she can’t help but get laughs.”

Beaugard said she is grateful that she is able to bring the message of Fiddler on the Roof to audiences around the country.

“This show is about love and hope despite persecution, despite fear, despite segregation,” Beaugard said. “I think that this universal story is still relevant today because we’re still experiencing the same things. We all want happiness, joy, health, success for ourselves and for our families.”