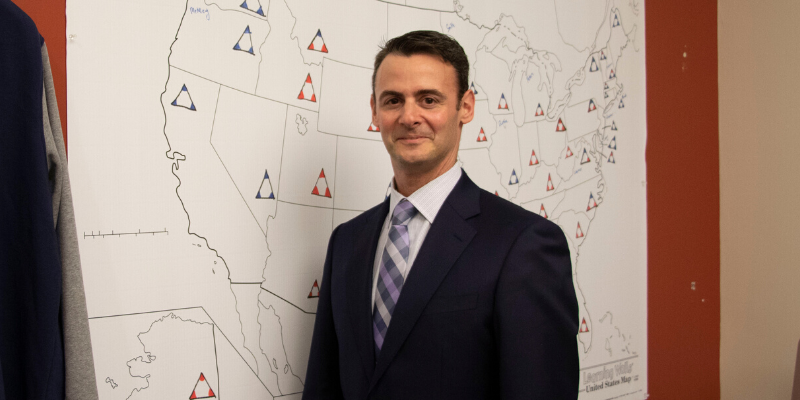 The panel, entitled “Election 2020: Road to the White House,” was intended to create an open space for conversations about the upcoming election and featured commentators who noted the abrasive nature of the first debate.

Tensions rose in the debate as Former Vice President Joe Biden defended his political record as well as his family from President Donald Trump’s attacks, growing increasingly frustrated as the night wore on. At one point, Biden exclaimed, “Will you just shut up, man?”

“People used to care more about being civil,” Sue O’Connell ‘84, a political commentator at NECN, said. “We will return to some sort of civility. It’s all around President Trump’s performance.”

Thursday’s panel marked the fifth event in a series, “Election 2020: Road to the White House,” which began in November 2019 and will conclude on the eve of the election. Emerson’s School of Communication hosts the panel along with Emerson College Polling.

“The goal is to inform, but also to make that connection,” Emerson College Polling Director Spencer Kimball said in a Zoom interview. “We’d like to improve upon the Emerson alumni student network.”

Emerson College Polling conducts polling on voting trends and public policy to evaluate political currents and train students in the field. They have gained national recognition recently due to their 93 percent accuracy during the 2018 midterm elections. Their polls are often cited by major news outlets like CNN and NPR.

Much of the panel conversation centered around Trump, and the aggressive nature at which he approached the first debate.

“We found that more misleading or false statements were made by Trump, but both sides made mistakes,” Valverde said.

Baldassaro said that in the 2016 election, then-candidate Trump upset the political sphere as an outsider. On Tuesday night, Trump struck a similar tone of attack, despite being the face of the country.

“Trump came out as the challenger, not the incumbent,” Baldassaro said. “Trump was fighting.”

The panelists argued the debates no longer offer voters insight into the views of each candidate due to the breadth of information available on the internet.

“Social media gets rid of the need for the spin room,” O’Connell said.

Baldassaro pointed out that Trump figured out how to talk directly to his audience via Twitter. With the advent of social media, he said voters do not need debates to understand their candidates—many watch for entertainment value rather than to learn information.

“The panel strives to discuss politics from an unbiased perspective,” Kimball said.

“We all know we have inherent biases,” Kimball said in a Zoom interview. “I myself have my own, and so we try to balance that all off with the panels. We definitely try to leave the politics at the door and look at it from communication.”