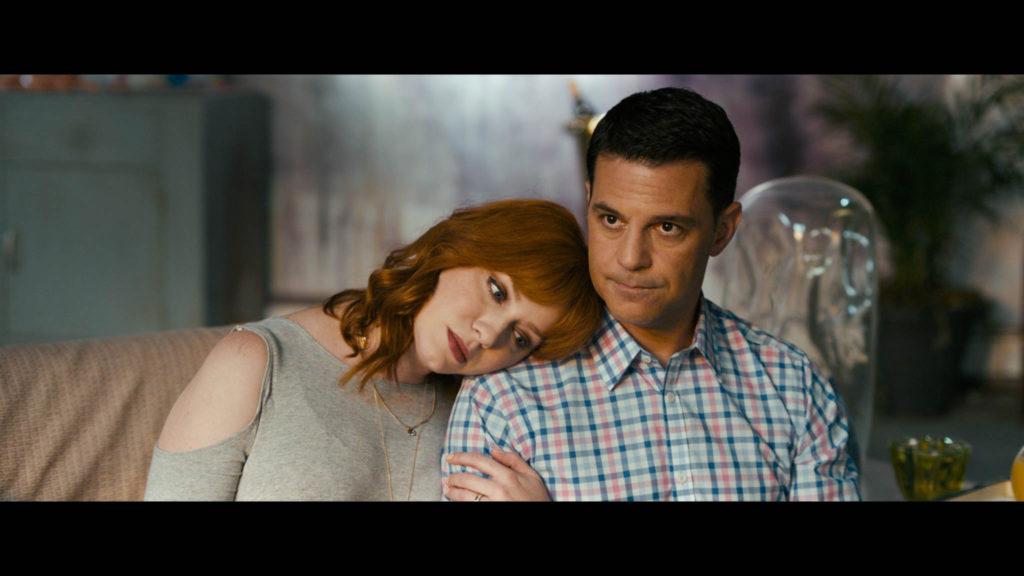 Thirty years after graduating from Emerson, and after having starred in Sex and the City 2, Lipstick Jungle, and The Exes, David Alan Basche ’90 decided to give back to Emerson when it was time to produce his first feature movie, Egg.

The satirical film, in which Basche produced and starred, was released in select theaters across the country on Jan. 18. The film, following old college friends reconvening for dinner, addresses the complications and challenges of motherhood. The two women in the film are soon-to-be mothers, yet both handle this differently.

“I’ve been working in film and television for a long time,  and I know how many production assistants and interns are needed,” Basche said in a phone interview. “I figured since this time I was the boss, I could decide to whom to give that opportunity.”

Marketing Communications Specialist Anders Croft works at the Career Development Center and often shares opportunities and events with students. During the summer of 2017, Basche contacted Croft’s office to ask for Emerson students to work on the film as a way to give back to his former college.

“It is kind of a rare occurrence that we’ll have the opportunity to share something of this level with students,” Croft said in a phone interview.

After Croft shared the opportunity on the Emerson Mafia Facebook page, Annette Sherrod ‘18 found the post, beginning her journey from student projects to her first feature movie set.

Sherrod spent the summer before her senior year in an abandoned bank in New Rochelle, New York. There, she built an apartment from the ground up for the set of Egg.

Croft shared the unpaid internship opportunity on social media to reach as many students as possible. Along with Sherrod, Basche hired Farrah Alturki, Thelonious Frumkin, Kelsi Carter, and Isabelle Alexander to work on the set.

“It was really good of [Basche] to reach out to the Emerson community first when he knew that they would have opportunities for internships, to do that favor for students of his former school,” Sherrod said in a phone interview.

Basche said writer Risa Mickenberg shared Egg’s script, originally intended as a play, with him a decade ago. Egg never premiered as a play, but when Basche ran into Mickenberg again over a year ago, he could still remember his assigned character’s lines. When he read the screenplay version of Egg, he said he knew it had to happen.

“We really liked the characters of the story, and it really stuck with us,” Basche said. “We did not have children then, but it still really resonated with us, about the idea of women choosing not to have children and what that meant.”

Egg also features actors Christina Hendricks from the television series Mad Men, Alysia Reiner from Orange Is the New Black, Anna Camp from The Help and Pitch Perfect, and Gbenga Akinnagbe, who recently starred in The Deuce.

Basche describes Egg as a film about friendship, motherhood, money, careers, and being an artist—and all the problems that come along with that.

Sherrod saw the movie at the Tribeca Film Festival in Manhattan, New York last spring. She said Egg uncovers taboos of motherhood and its relationship with the patriarchy and women’s sexuality in a unique way.

“It’s not the comfortable kind of comedy—you’re going to be cringing and squirming uncomfortably while you laugh, and maybe cry,” Sherrod said. “It’s just the kind of transgressive and satirical comedy that this kind of issue needs, I think, to really stick with people. The film wants to make you laugh, but it also wants to make you think and question what motherhood means.”

Sherrod said the bluntness of some of the dialogue may surprise viewers, but a mainstream film finally discussing this topic might relieve others. She said it is important that Egg is telling women’s stories by women, with a crew made of at least 50 percent of women and almost all-women department heads.

“[Reiner], [Ganeless], and I all agreed that we wanted to hire primarily a female crew because we’re tired of people complaining about inequality in our business, in Hollywood, in film, and in television. We would rather people just start to take some action and change things,” Basche said. “So we knew we were going to hire mostly women. And we did.”

While Basche is more often an actor than a producer, he said he would consider producing again despite the great amount of work the position demands. If he produces in the future, Basche said he already knows he will reach out to the Emerson community.

“I don’t think there’s been a film that’s talked about the choice of not being a mother in the way the film talks about it,” Basche said. “So I do hope that it will change some people’s attitudes, or at least get people talking and start a conversation about all the different issues in the film.”