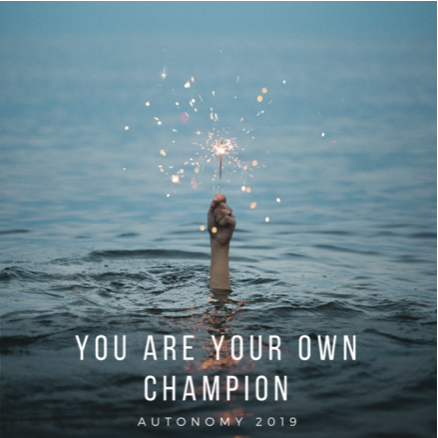 Cindy Luu ‘17 realized what it meant to be a survivor from a young age. The writing, literature and publishing major wrote her senior thesis, How Do You Love, as a collection of short essays explaining her struggles as a survivor of childhood sexual abuse. She is now creating AutonomoUs, an outlet for all types of artists to tell their stories of survival.

AutonomoUs will operate both as a website and an annual magazine that shares stories of personal resilience relating to issues like abuse or identity struggles.

“We want to support things that paper can’t adequately convey for the filmmaker or musician,” Luu said. “Now, I am creating a multimedia platform which will be able to support them as they are supporting me.”

Every issue of AutonomoUs will highlight a different theme. The first issue, “A-Z of Emotions,” is set for release on March 20, 2019 and will integrate all types of media, including print, film, and music.

“A-Z of Emotions” will be a curated collaboration with artists receiving a random letter of the alphabet along with a list of emotions that begin with that letter. Once the artist chooses a word that inspires them from the list, they create a piece using their own interpretations.

The number of contributors was originally 26, one for each letter of the alphabet. Once the submissions form opened, however, Luu realized that the reach of her project went far beyond what she anticipated. With over 50 submissions for “A-Z of Emotions,” each letter is assigned to two artists.

“We’ve had such an overwhelmingly positive response, and we received over 50 submissions from friends, peers, and total strangers,” Luu said. “I can barely wrap my head around how much this project is resonating with people and how excited they are to be a part of it.” 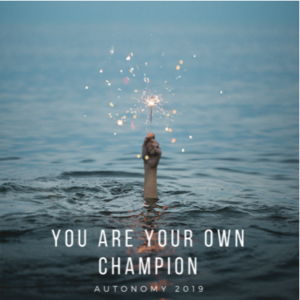 On top of AutonomoUs, Luu plans to create AutonoMy, an ongoing series of multimedia stories in response to the #MeToo and #UsToo movements. The series will release content every Monday beginning in 2019. Details on how to submit can be found on their website.

“We’ll have a story focusing on a unique struggle every week,” Luu said. “By people seeing these different stories, they can share them with the friends they are concerned with and possibly get them help.”

Friend of Luu and fellow WLP major Julia Ferragamo ’17 is creating a campaign on social media. While Luu prepares the content for publication, Ferragamo is increasing outreach to get even more artists on board to collaborate in AutonomoUs.

Ferragamo also pointed out that they have received great feedback from Emerson.

“I think people are very supportive and want to rally for people,” Ferragamo said. “When they saw our project and how personal it was, everyone was all hands on deck to complete it.”

After receiving the letter D, Jacqueline Gualtieri ‘17, contributor and marketer for the project, said she is deciding on telling a story of either despondence or desire. Gualtieri is working on getting other up-and-coming publications to collaborate.

“We are really trying to work with other artists and other startup publications,” Gualtieri said. “Helping others expand their reach will help us expand ours.”

Gualtieri said that the alphabet format of “A-Z of Emotions” gives audiences and authors a bit of a challenge.

“It encourages people to make a lot of new things,” Gualtieri said. “With [AutonomoUs], having artists like musicians and filmmakers broadens how the letter can be conveyed to the audience.”

Luu hopes to build AutonomoUs not only as a site for people to tell their stories, but also as an outlet for people to relate with one another and to get help for those who are most vulnerable.

“Sharing art is so personal, and if it resonates with someone else that’s all that we can ask for,” Luu said.