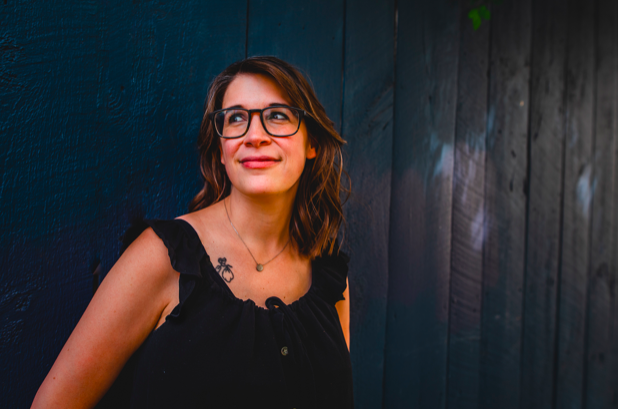 Birds of California follows former child star Fiona St. James a decade after her public meltdown. When Sam Fox, who played her older brother on TV as a child, approaches her asking to revive their show, Fiona begrudgingly agrees, hesitant to re-enter the public eye.

“When they start working together again, Sam and Fiona spark a deep connection neither of them expected,” Cotugno said. “They have an intense relationship unlike anything Fiona had experienced.”

Cotugno’s first book, How to Love (2013), was originally her senior thesis for Emerson’s writing, literature and publishing program. Cotugno’s time at Emerson helped shape the trajectory of her career.

“I loved that Emerson is a place where people really like things,” Cotugno said. “It was nice to know I was taking myself seriously and my professors were taking me seriously.”

Having written YA for about a decade, Cotugno was ready to explore other stages of life through her writing.

“As I’ve gotten older, I thought it would be fun to write about finding love later in life and all the other things that come with that,” Cotugno said. “I love writing YA. That time in your life is an emotional tsunami, but I felt ready to move on a little.”

For Cotugno, writing has been a constant presence in her life, helping her to make sense of the world.

“I wrote stories at six years old,” Cotugno said. “I never understand how I feel about something until I go and write.”

Cotugno describes her first drafts as very messy and chaotic, essentially an embellished outline. This “zero draft” allows her to determine the plot of the book, establishing each of the characters. Cotugno emphasized that there is no correct way to write and everyone has their own process.

Although not based on a real person in totality, Cotugno finds inspiration in everyday life.

For Birds of California, being a person in the world helped her find the story.

“The public loves a crash and burn,” Cotugno said. “I grew up watching Britney Spears breakdown and I’ve always been fascinated with pop-culture.”

When writing characters like Fiona, Cotugno works to find the core nugget of humanity within the fictitious individual. While Birds of California picks up a decade after Fiona’s breakdown, it still impacts her greatly.

“I try to remember that for every trainwreck in the public eye, there is an actual human being behind it,” Cotugno said. “A lot of it is kept behind closed doors and I wanted to explore that aspect of Fiona’s story.”

Compared to her other books which are geared toward a younger audience, Birds of California is a little saucier, something Cotugno had a lot of fun writing. Since this is her adult debut, no one was expecting this from her.

“For a long time, this was a private project and really fun to write,” Cotugno said. “It was my own little secret.”