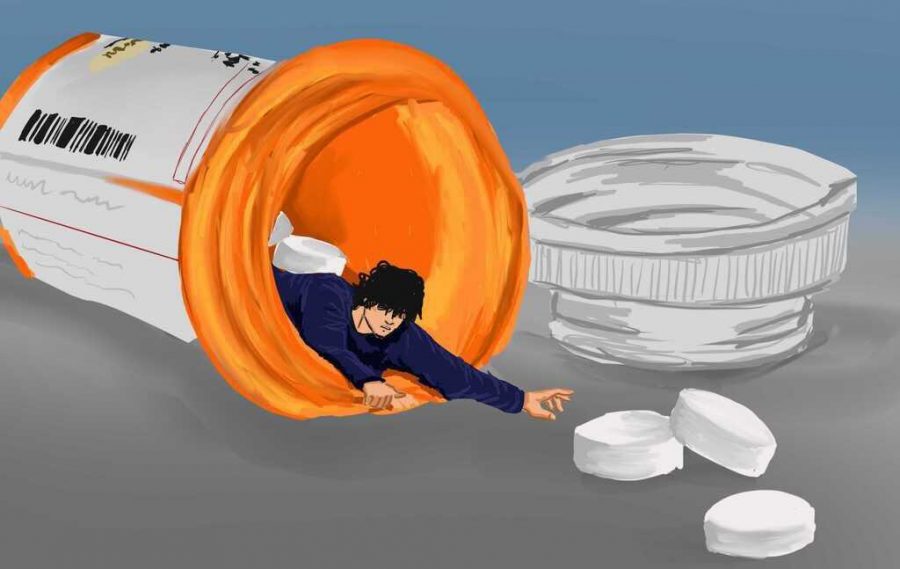 Drug overdose is the leading cause of death for Americans under the age of 50, and companies like McKinsey have benefited from it the most.

On Feb, 4, NPR released a segment of their morning edition broadcast, where they discussed the current legal state of consulting giant McKinsey and Company. Recently, the company reached a total of $573 million in lawsuit settlements with nearly 50 states over their role in the escalation of highly addictive medication sales.

News of the deal became public on the morning of Feb. 4, and NPR’s addiction correspondent, Brian Mann, breaks down the details. During the broadcast, he states that the documents disclosed in court show that McKinsey’s team worked behind the scenes to help companies like Purdue Pharma “turbocharge” the sales of high risk drugs like OxyContin.

Although McKinsey’s fees are through the roof, so are the number of overdoses across the country. Death by overdose increased by 31 percent during the first half of 2020, and an estimated 40 percent of opioid overdose deaths involved a prescription opioid, like Percocet or OxyContin, which can be prescribed by doctors for post-surgery and chronic pain. These drugs are prescribed for post-surgery pain, but because they are highly addictive, people are likely to misuse them in the future. After a while, about 50% of addicts who misused prescription drugs later got them from family or friends who were prescribed the same thing. About 80 percent of people who use heroin report they first misused prescription opioids, according to the National Institute on Drug Abuse.

Drug overdose is the leading cause of death for Americans under the age of 50, and companies like McKinsey have benefited from it the most. We aren’t talking about a back alley exchange with a sketchy drug dealer; these drugs can be found at your local pharmacy and prescribed by your own doctor.

State Attorney Generals in 47 separate states have signed on to this deal, and say this is a landmark in the ongoing national effort to hold private companies accountable for their role in selling and marketing addictive drugs. However, some might wonder what role American politicians play in this.

The world’s largest drugmakers cut checks to 356 lawmakers during last year’s election, including more than two-thirds of the sitting members of Congress, according to a new STAT analysis. STAT focused on 23 of the biggest drug makers and the two major trade associations: PhRMA and the Biotechnology Innovation Organization, known as BIO. This fusillade of contributions accounts for roughly $11 million in campaigning.

PhRMA, a powerful drug industry trade group, declined to comment to STAT on the strategy behind these political handouts, citing a policy of not publicly discussing political advocacy or lobbying tactics. Granted, the real reason drugmakers continue to upkeep this relationship with politicians is because it allows for inflated drug prices.

Nevertheless, it can’t be denied that the sales of addictive drugs are a direct result of a failing health system. A Center for Public Integrity and NPR investigation found that drug companies have infiltrated nearly every part of the process that determines how their drugs will be covered by taxpayers. These companies will typically entice elitist doctors with free dinners and consulting gigs on mostly unknown committees advising state Medicaid programs.

Many drug companies ask speakers who don’t disclose their financial ties with drug companies to testify on behalf of the medication they sell; other times they pay state Medicaid officials to attend all-inclusive conferences where they can mingle with drug representatives.

For a long time, this gave companies like Purdue Pharma enough secrecy to lie about the effects of their drugs to the public. Back in 2003, during an American Drug Utilization Review Society (ADURS) conference, the speaker told audience members that addiction from taking opioids is largely a myth, according to a slideshow obtained by the Center for Public Integrity.

The speaker continued by stating that patients taking opioids could suffer from “pseudoaddiction” and that it shouldn’t be a concern. These are talking points that experts have since debunked whilst shifting the blame towards the healthcare system for an epidemic that continues to clinch the nation.

McKinsey and Company have now decided not to take on consulting work linked to opioid products and give $573 million, that according to NPR, will pay for rehab and treatment programs around the country. This kind of change is crucial to helping communities and families who are forced to pay the price of addiction. With the opioid crisis getting worse during the pandemic and a record high number of overdose deaths in the past year (more than 81,000 people), there is no telling how far some companies are willing to go to keep their drugs on the market.