Anti-Semitism in the U.S.: One Year After Pittsburgh 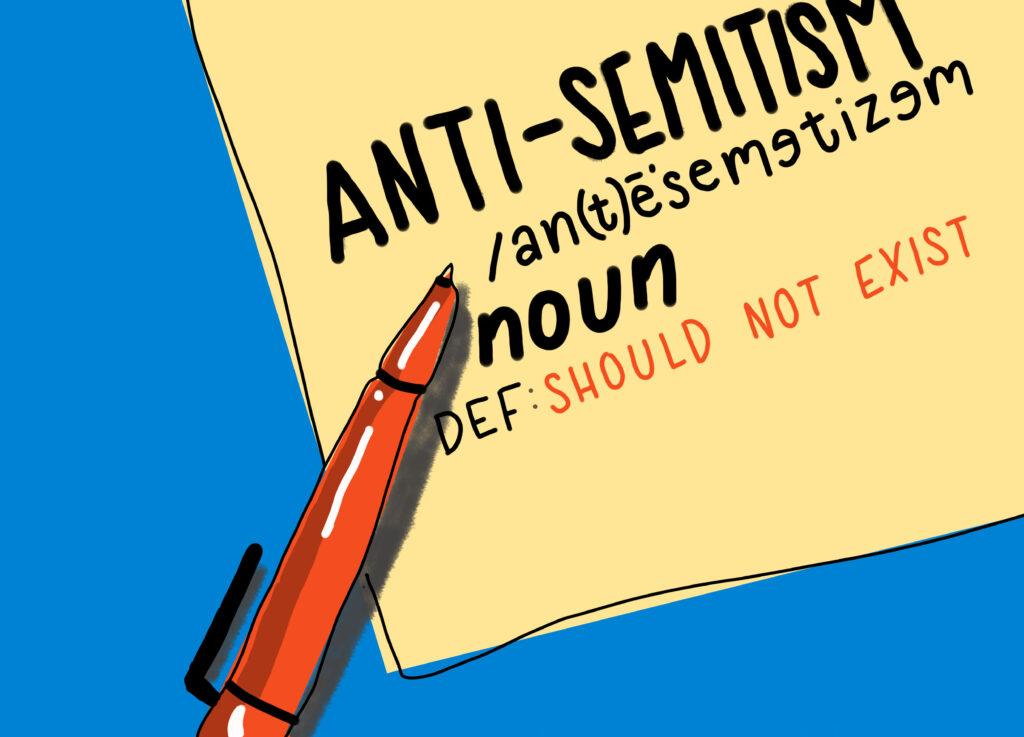 "The reality is that antisemitism is not going to end overnight, but there are steps that we all can take to fight it." / Illustration by Christine Park

“I never thought we’d see something like this again. Never, especially in the United States,” said Squirrel Hill resident Bella Schachter to Time Magazine in the days following the attack.

Anti-Semitic sentiments motivated the tragedy. And this culture of hate in the United States is not a new phenomenon. In fact, it has existed globally for decades, and the problem is getting worse. In reality, it’s an epidemic.

I attended Jewish Day School in South Florida from sixth to 12th grade. During my time there, I witnessed several anti-Semitic attacks: swastikas on sidewalks and students being called derogatory names during sports games. The school even went on lockdown once due to an anonymous threat. These events scared my school’s community. But at the same time, they made us stronger and more resilient.

A question that so many people have now is, how can we stop antisemitism?

The reality is that anti-Semitism is not going to end overnight, but there are steps that we all can take to fight it. The key way to combat hate is to educate ourselves and others. Make sure no one forgets the Holocaust and the atrocities of Nazi Europe. Take a class on the Jewish ways of life, the Holocaust, and educate yourself through well known and accurate sources. This is the only way to recognize where hate can lead if left unchecked.

Too many Jews across the world are scared to tell people they are Jewish or to even go pray at their synagogue. The American Jewish Committee, or AJC, recently released a survey showing that nearly a third of American Jews fear wearing Jewish garments publicly. Forty-seven percent of American Jews say their religious institution had been targeted in an anti-Semitic incident.

Only this past April, in Poway, California, a gunman opened fire on a synagogue full of congregants during Shabbat services—one person was killed and three were injured.

This epidemic is an issue in the Boston community as well. Rabbi Avi Bukiet, of the Chabad Center for Jewish Life Arlington-Belmont, and his wife Luna’s home was targeted by an arsonist last May in Arlington. Due to this incident, the Bukiet’s have been forced to install several security systems and change their way of life.

Security is a main priority for people of the Jewish faith. The weekend following the Tree of Life Synagogue shooting, the Global Jewish Advocacy group encouraged the American Jewish community to go to their synagogues and #ShowUpForShabbat. Shabbat is the Sabbath for the Jewish people and a day of rest. The Jewish community came together on that Shabbat to raise their collective voice for a world free of anti-Semitism.

This problem is not going to end quickly, but it is something that everyone can take action to put an end to. It is time to end hate by showing love and compassion toward one another no matter race, class, or religion.