As good as Gold 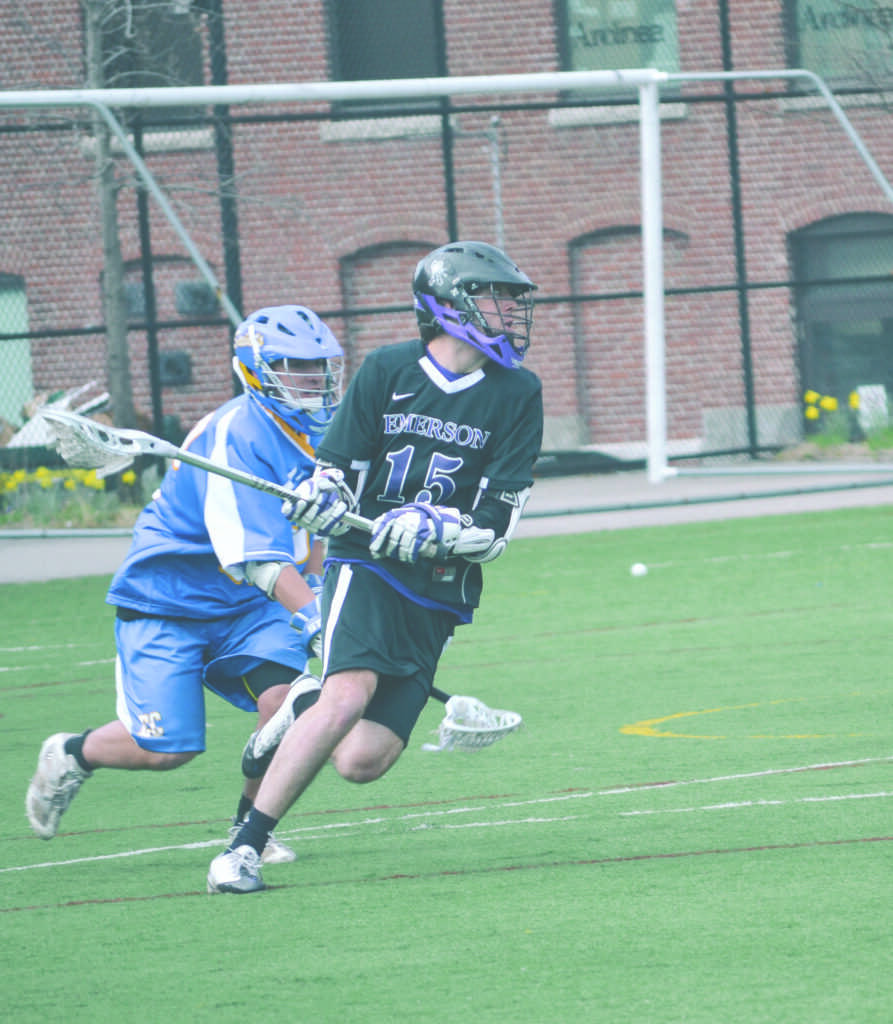 He graduated Emerson with a film degree in May 2012, and now he’s entering his second year as the head lacrosse coach at Emerson. From player to coach, Dan Gold has quickly climbed the ranks.

If he were to don a purple and gold uniform, he might be mistaken for one of the players, but Gold, the youngest men’s lacrosse coach in the New England Men’s and Women’s Athletic Conference, said he tried not to let his age affect him on the sideline.

“It can be intimidating with a lot of the older coaches,” Gold said. “I feel that where Emerson is as a program, I am relative to where those programs and those coaches are.  I’ve been around the game for quite some time, so I feel like I have my own keep as a coach.”

Gold was named the full-time men’s lacrosse coach back in August, marking the first time the program has ever had a full-time coach.

In his first season as coach, Gold led the Lions to a 2-9 record. The 24-year-old said he used that initial campaign as a learning experience.

“You learn a bit more about how things kind of work, what works, what doesn’t work,” Gold said. “I’m still a young coach, so the coaching style is still kind of evolving and growing.”

Senior attacker Eric Colleran is in his fourth year with the Lions. He was a teammate of Gold’s for two of those seasons, as was senior goalkeeper Zoe Fisk. Colleran said playing for someone he used to be teammates with wasn’t complicated.

“The transition between playing with him to him coaching us was kind of natural because we understood how he felt about lacrosse and his philosophy,” Colleran said. “It was pretty easy.”

Along with Colleran, Gold credits Fisk with easing him in as coach.

“They really didn’t skip a beat when I got named coach,” Gold said. “We have the utmost respect for each other. If we switched places, I don’t think it would faze us in the slightest. I could play for Eric. I could play for Zoe. That whole transition was understandably weird and difficult for a lot of people.”

So far this season, the Lions are off to a 1-3 start, and the players said they can see how Gold has grown in his role as coach.

“He commanded respect from the first day, but he’s definitely coming into his own as a coach,” Colleran said.  “He knows what he wants to do, and how to do it.”