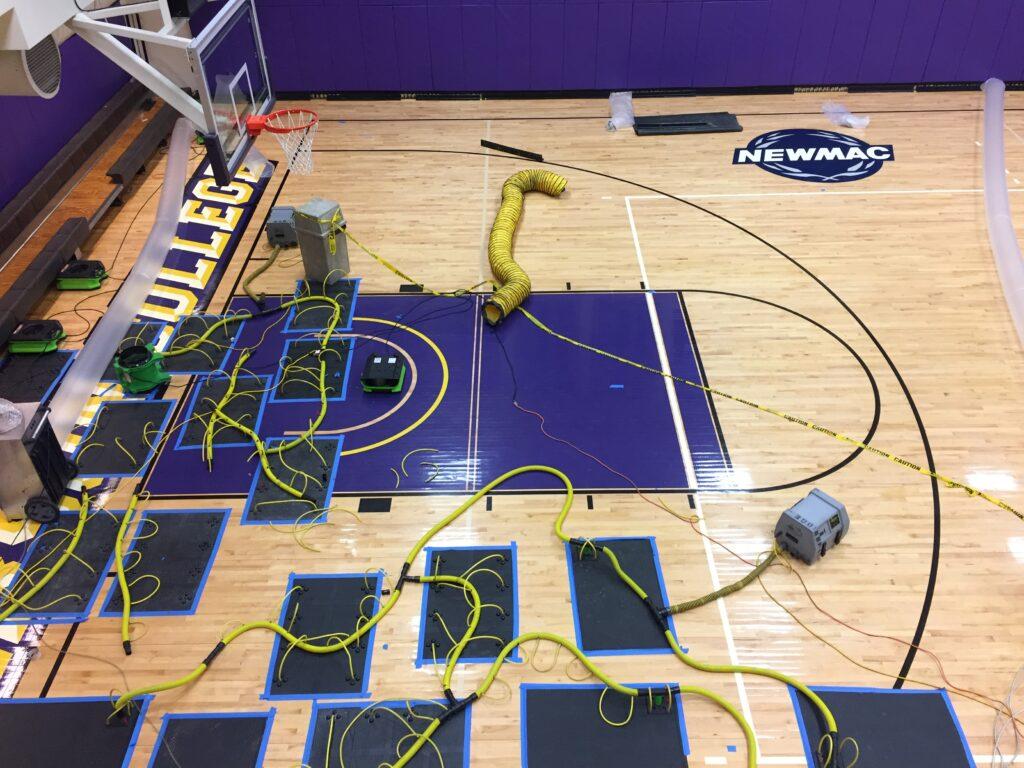 The Bobbi Brown and Steven Plofker Gym was completely shut down Monday until at least the end of next week, athletics’ director of media relations Matt Ulrich said Wednesday.

During a baseball practice on Feb. 5, a ball traveled through a hole in the netting of a batting cage and hit a sprinkler, setting it off and causing water to spray onto the north side of the court for about 15 minutes. All home games were moved to alternate locations.

Emerson Facilities Management and Servpro, a fire and water cleanup and restoration franchise, are still drying the hardwood and pulling out water from under the floor.

The wood is starting to warp, but Ulrich said there is no rotting and the damage is nothing that can’t be worked on.

“[Facilities] thinks once it dries out, everything should pretty much lay back down,” he said. “If they have to, they’ll sand and refinish. But at this point, we don’t think we’ll be replacing any of the wood.”

Teams continued to practice on the south side of the gym, which initially seemed to be unaffected by the incident, until it was discovered that water had expanded onto that half as well, and both sides were closed.

Ulrich said the status of the court will be reevaluated after next week.

“We’re hoping that after these two weeks, the gym will be back up and running with no adverse issues,” he said. “But until they get all the water dried out, we’re just not positive on what the next step is.”

Practices and home games were moved to Suffolk, Emmanuel, and opponents’ gyms. On Monday, the baseball team held batting practice at McCoy Stadium, home of the Pawtucket Red Sox.