Audio: Celebrations and chanting, how Boston erupted in sound on Nov. 7 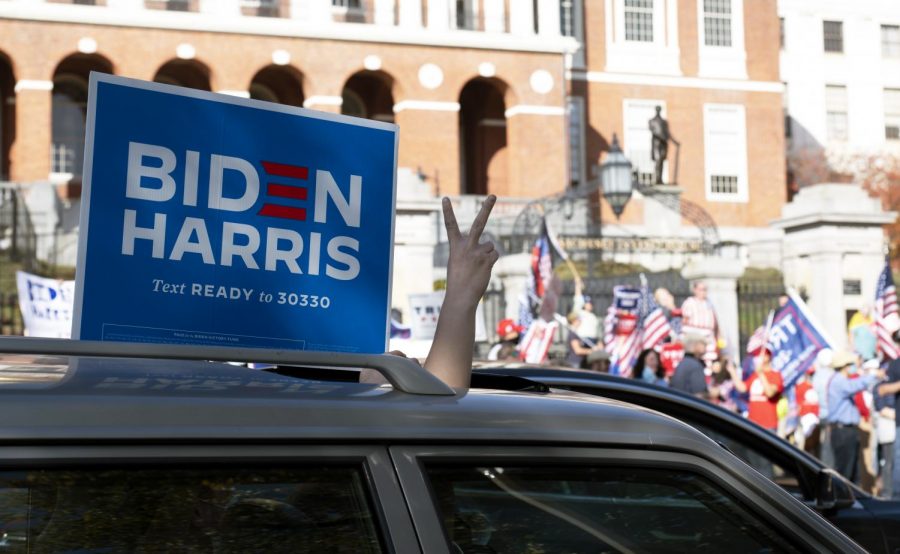 Dueling rallies emerged on Nov. 7 in front of the Boston Statehouse after Joe Biden was reported to have won more than 270 electoral votes and declaring him president-elect

Celebrations and chanting filled the streets of Boston on Nov. 7 as massive celebrations broke out over the city due to the election of Joe Biden as president of the United States.

Music and singing was heard particularly on the Boylston Street and Charles Street intersection as Bostonians lined the streets in celebration. In front of the Boston State House, dueling rallies clashed as supporters of Biden and current President Donald Trump met at the top of Beacon Street.

As an estimated thousands of celebrators took their time on the streets, traffic was shut down for hours. However, the cars that did get by the crowded intersections often honked in support of the masses.