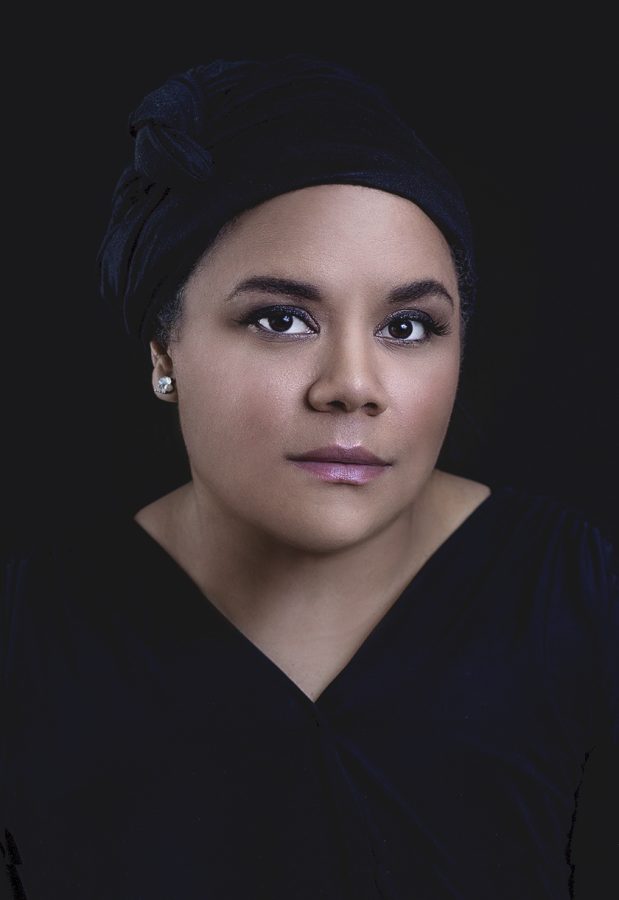 Two-time published author and Emerson alum LaTanya McQueen ‘06, who received her MFA in creative writing, has been named a 2022 creative writing fellow for the National Endowment for the Arts.

The fellowship, offered every two years for prose, grants $25,000 to winners for their writing career development. Selected fellows are chosen solely based on the sample they provide for the application. McQueen was one of 35 writers chosen from more than 2,000 applicants.

McQueen started her undergraduate career in journalism and later switched into writing, literature and publishing; she had a longtime passion for writing, both fiction and nonfiction. While maintaining her profession as an author, she simultaneously teaches English-Creative Writing at Coe College in Iowa. She transforms lessons she learned from her teachers at Emerson into her own, while emphasizing how useful an MFA is for a student’s experience to grow into their future potential.

She credits her peers during her time in Boston for inspiring her to be just as passionate about her work as they are about theirs. Even though everyone was navigating different backgrounds, everyone was driven to do what they were at Emerson for. In an environment alongside others who knew what they wanted to do, especially other devoted writers, it solidified McQueen’s own commitment to her craft.

“All of them have been really influential to me, and I think a lot about who they were for me as teachers, as well as mentors, now that I’m a teacher as well,” McQueen said. “I got to live in the city where there were readings all the time and big-name authors, debut authors. That’s in some ways why we go into an MFA, because it’s really the only other time to have that time to dream about what it could be like to live your life as a writer.”

The 2022 fellowship isn’t the first time McQueen has participated, previously having done so in both fiction and nonfiction. Her award-winning fiction sample comes from the first chapter of her 2021 novel When the Reckoning Comes. The southern gothic literary horror follows the main character Mira and her return to her North Carolina hometown to attend her friend’s wedding, which is held on an old slave plantation that has been renovated to provide visitors an antebellum-era reennactment experience.

“There’s a big rumor in the town that this plantation is haunted by the slave ghosts that are seeking revenge on the descendants of those that once owned them,” McQueen said. “Over the course of the wedding, there’s a lot of reckonings that happen for the protagonists. You have to have a certain amount of publications, so you have to explain where you fit in with the criteria.”

With a current lower teaching load, McQueen plans to dedicate the prize money to her writing career in a few different ways. Though COVID is restricting her from traveling safely at the moment, McQueen hopes to do so during the summer months, along with writing some essays on the side. She is also working on a new book.

“It is a book that is also touching on similar themes of the past in terms of trauma,” McQueen said. “For this one, also memory loss, the ways in which you can know and not know someone else.”

Though much of the plot details are still unknown, McQueen gave some information on the book’s setting.

“I’m trying to finish it by the summer,” McQueen said. “It is loosely about the sterilizations of Black women in North Carolina, that is integrated in the plot.”

Regardless of having an idea, once she begins to write, it doesn’t always go as planned. But with this story, she wants to do it differently.

“It’s so hard to talk about things that are in its early stages of writing, especially because I tend to be a little defiant in some ways, so I’ll talk about something and then I’m like, maybe I don’t want to do this actually,” McQueen said. “So I’m trying to not be that and change gears of what I’m writing.”

McQueen is honored to be one among many endearing writers. She is filled with respect for those she has known and followed for years, and can now stand with them and consider them her peers, further enhancing the dream she had while studying at Emerson.

“They had us all sort of meet each other through Zoom,” McQueen said. “We were trying to introduce ourselves to one another and I was trying not to cry and have a breakdown, and I didn’t succeed. The idea that I could be among a cohort of so many talented people, it’s really humbling.”

McQueen gets immense joy from writing, devoting her time to it for various reasons. With a knack for curiosity and an early love for reading, she was able to understand the world by means of escape to a fictional one. As a writer, she wants to be an influence for people just as the authors she read were for her.

“Trying to make sense of the world, as well as trying to connect with other people and hoping that the thing you do will connect with somebody else,” McQueen said. “For me, over the course of my life, whenever I had really dark periods, it was always other writers that saved me. Part of why I write is doing it in the hope that I could be for somebody else what all these other writers have been for me.”