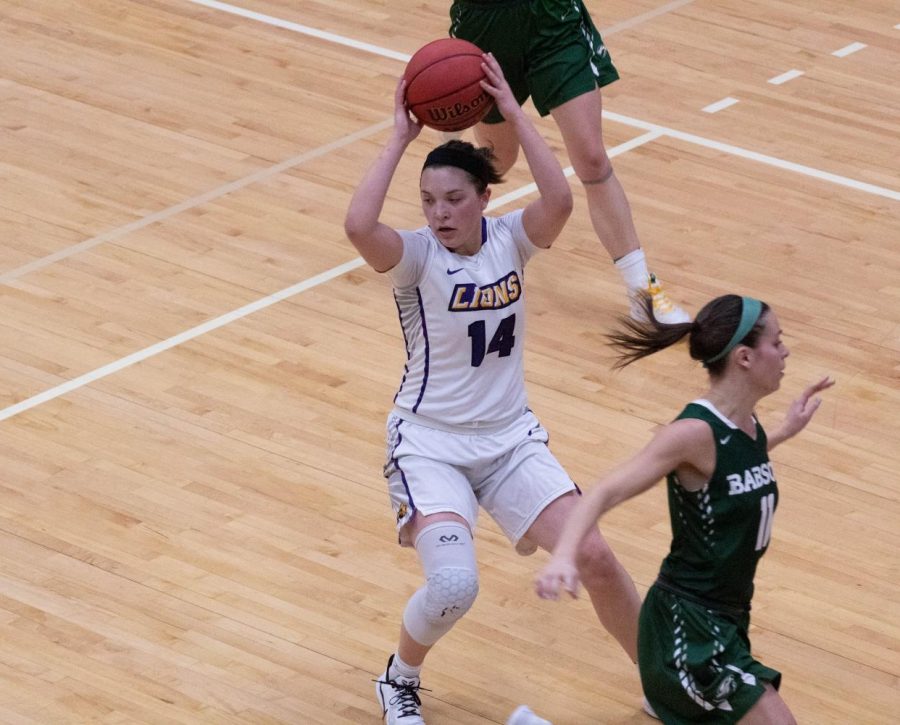 Kate Foultz scored 13 points while shooting a team high 40 percent from the field.

The women’s basketball team lost to Babson College by a score of 80-56, snapping the Lions’ six-game home winning streak.

The Lions committed 13 turnovers and 22 fouls throughout the game. Babson shot 50 percent from the field, while Emerson went 20-65 and had no players shoot above 40 percent.

The lead changed six times in the opening five minutes. Beavers’ senior forward Jacqueline Jozefick made a three-pointer with just over four minutes to go in the first quarter, expanding the Beavers’ lead to 12-8. Babson shot 8-15 from deep with seven different players making at least one three-pointer.

The Lions trailed by 16 points at halftime after shooting 21 percent from the field in the second quarter.

“I feel like we are really confident in our defense, and when we get on offense we just take at least one or two quarters to really get into it and find a rhythm,” junior forward Sam Boyle said in a post-game interview.

Three of Emerson’s starters scored in double figures, including Boyle, who scored 16 points and pulled down five rebounds.

“They did a nice job,” Gould said. “I always talk to the kids about building trust with a coach. Knowledge of what you are going to do in a given game, so any time you can get minutes and start to be consistent, it is a good thing for them.