Baca drops out of SGA executive treasurer’s race amid criticism 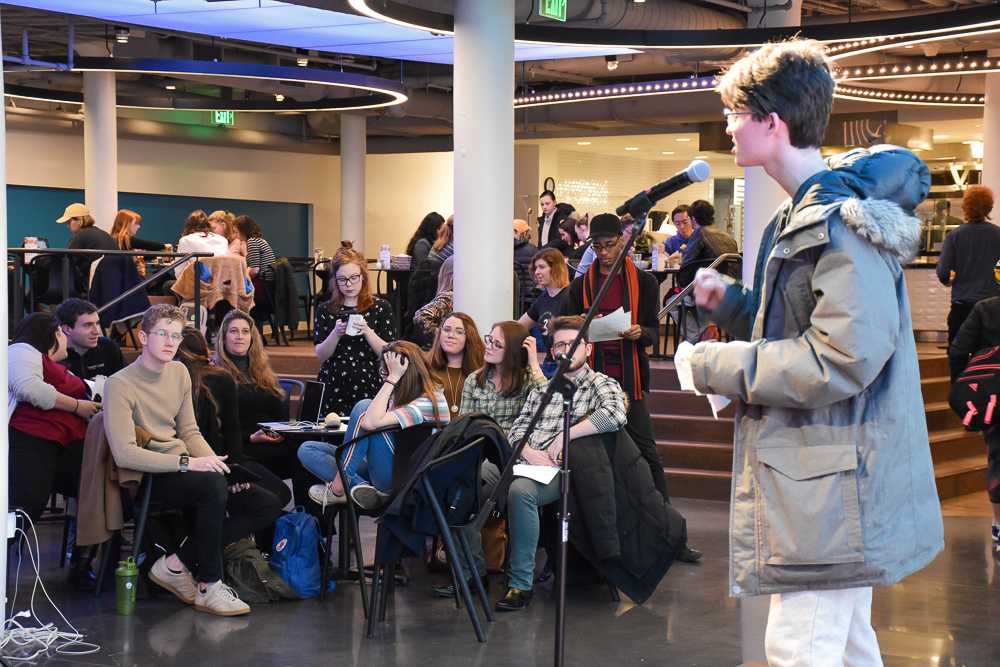 Freshman Brady Baca dropped out of the Student Government Association executive treasurer’s race on March 28, leaving junior Abigail Semple as the only actively campaigning candidate for the position.

Baca said he pulled out of the race because the role of executive treasurer does not coincide with enacting change in the college’s financial equity and economic inequality. Baca’s decision follows criticism from SGA officials about his lack of qualifications for a job that handles almost $1 million in student organization funding.

“It became clear to me that it wasn’t necessarily a question of whether or not I could handle the position. It was more of a question of is this something where I am effectively using all of my time in the most efficient way possible,” he said in an interview.

The decision comes two days after SGA’s spring election press night where Baca gave an impassioned speech pointing out the high expense of attending the college. Baca said he wanted to change the meaning of executive treasurer from not only a manager and facilitator of student organization funding but an advocate of financial equity and economic inequality.

Current Executive Treasurer Ian Mandt sympathized with Baca’s attempt to shift the conversation around what responsibilities the executive treasurer takes on. Mandt said despite the amount of work required of the treasurer or treasury team, a campaign to fundamentally transform the role would not work at this point.

“You have to understand the way that the position works and identify what needs to change and [Baca] does not have that understanding,” he said in an interview.

With less than five days until the general election on April 3, the only two candidates listed on the ballot for executive treasurer have stepped out of the political competition.

Prior to Baca’s exodus from the campaign, and Semple’s candidacy announcement, the race pitted Sophomore Joseph Davidi against the freshman. Davidi told the Beacon last week that he decided to stop campaigning after considering his career and academic plans for the next six to seven months.

Davidi said he will not actively participate in the race despite the new developments. The sophomore did not directly clarify with the Beacon whether or not he would take the position should he win.

“Obviously, with [Baca] no longer running the chances of [winning] are slightly higher, but if I do win I’ll reassess my situation,” he said. “I am slightly more confident in my ability to do it. So, when I reassess, I’ll keep that in mind, but as of right now I’m going to stick with that.”

As the lone candidate, Semple said that Baca’s withdrawal does not change the way she plans to run her campaign. She posted new flyers in the Boylston Place Alley entrance of the dining hall with the slogan “Abby has been processing SGA Forms longer than other candidates have been a student at Emerson.”

The apparent poke at Baca’s freshman status stays in line with Semple’s previous critiques about his lack of experience. She said in an interview that she is still trying to sway voters to her side, as it’s possible Baca could win the election. Both Davidi and Baca will remain on the upcoming ballot due to an SGA election technicality.

Following his departure, Baca formally endorsed Semple for executive treasurer, saying if he should win the election, he would not accept the position—instead, he would hand it to the junior. The statement came after press night, where he claimed he outclassed Semple in organization, holding people accountable, and having clearly stated goals and plans of action.

Baca said he chose to endorse Semple because of her ability to manage the day-to-day operations of the treasurer role and her attention to the areas of financial equity and advocacy.

“Yes, she is someone who has different priorities than me, but she is somebody who I know will be able to very adequately and effectively maintain and improve the infrastructure that we have in place for the role of treasurer,” he said.