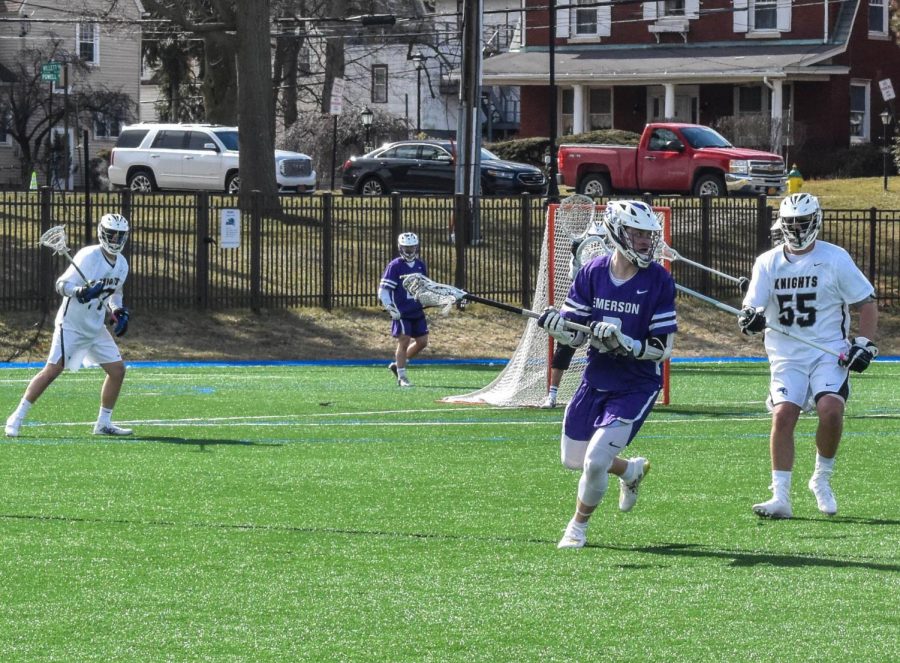 The men’s lacrosse team’s weekend road trip ended with an 8-4 victory over Mount Saint Mary College, marking its first victory of the season.

After halftime, the Lions and Knights picked up two goals each. The fourth quarter ended scoreless.

“We watched film the day before, like we do before every game,” Celotto said in a post-game interview. “We were just looking for the win, doing everything we can on our side.”

“It’s really just being accountable on each other and building upon what we do right,” Kim said in a post-game interview. “What we did well today was communicating and listening to each other.”

Kim said the role of mentor is important to maintain, as he is now the oldest defenseman on the Lions roster.

The Lions’ next match takes place Mar. 4 at noon against Widener University in Pennsylvania.