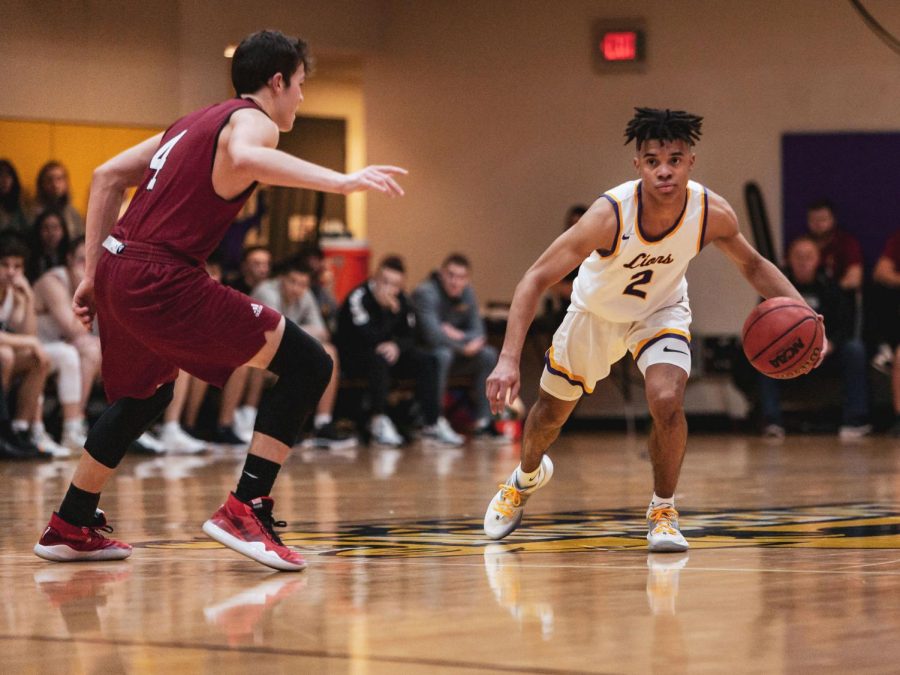 The Lions picked up their fifth NEWMAC win of the season on Saturday.

Five Lions scored double–digit points in the men’s basketball team’s victory over the Massachusetts Institute of Technology, or MIT, on Saturday, marking its second victory over the Engineers this season.

MIT lost to the Lions in their first matchup of the season by a score of 54–44. Saturday’s win marks the first time the Lions have defeated MIT twice in the regular season since joining the NEWMAC.

After the Engineers made their first shot of the game, the Lions did not allow another point for over 10 minutes of game time. The Engineers shot 20 percent in the first half, and head coach Bill Curley praised the Lions’ execution on defense.

“I thought our guys executed the game plan very well,” Curley said in a post-game interview. “It starts with Trevor McLean coming out and just really picking them up and wearing them out. They don’t go real deep, and we tried to run them a bit ragged. I thought our guys did a really good job of getting in there and just picking up the intensity.”

The Lions led 32–16 at halftime, and sophomore guard Nate Martin said he knew the Lions would get MIT’s best effort in the second half.

“At halftime, we kind of knew they were going to have a lot more energy and make adjustments, so we just had to respond,” Martin said in a post-game interview. “Curley got on us pretty hard at halftime for our execution, so we just had to run our plays in the second half.”

“I think I can help our team a lot scoring-wise,” Martin said. “I was just trying to keep my energy high and feel the game out.”

The Lions came into Saturday’s matchup following a two-point loss to Babson College, and Curley said the team used the loss as motivation.

“They were really focused in practice,” Curley said. “We had a tough game on Wednesday, and the guys came in to practice ready to go. We were upset, and I think that’s what you got to really love about our guys is that they want to win.”

The Lions play their next game on the road against Wheaton College on Feb. 5 at 7 p.m.