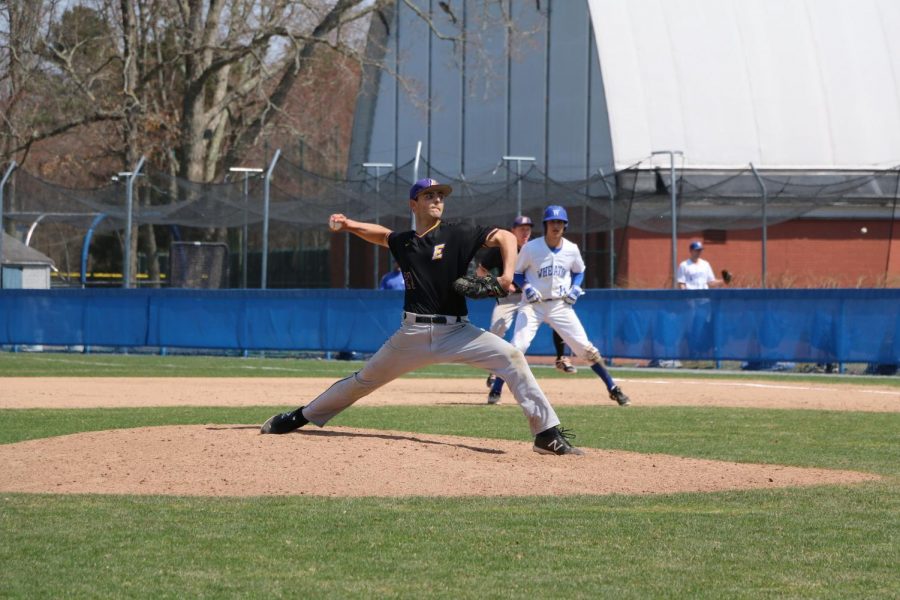 The Lions recorded 11 hits and five runs on Thursday.

The baseball team played seven innings against New England College Thursday afternoon after the game ended early due to darkness. The Lions recorded their second loss of the season, making their record 1-2.

In the bottom of the first inning, senior right fielder Cam Beattie singled to right-center, bringing in junior shortstop Joe Paladino to score and advancing junior designated hitter Ryan McCahan to third base.

In the top of the second inning, the Pilgrims scored six runs off five hits, a walk, and a third base error. The Lions responded in the bottom of the inning with a run by freshman catcher Matt Nachamie.

The Lions caught up in the third inning thanks to two runs in the bottom half of the inning. The Pilgrims scored in the top of the fifth off a passed ball by the Lions. The Lions scored the last run of the game in the bottom of the sixth, bringing the final score to 7-5.

Over spring break, the team will play 10 games in Florida starting on Mar. 1 against Chatham College in Orlando.