Baseball falls to WPI in doubleheader 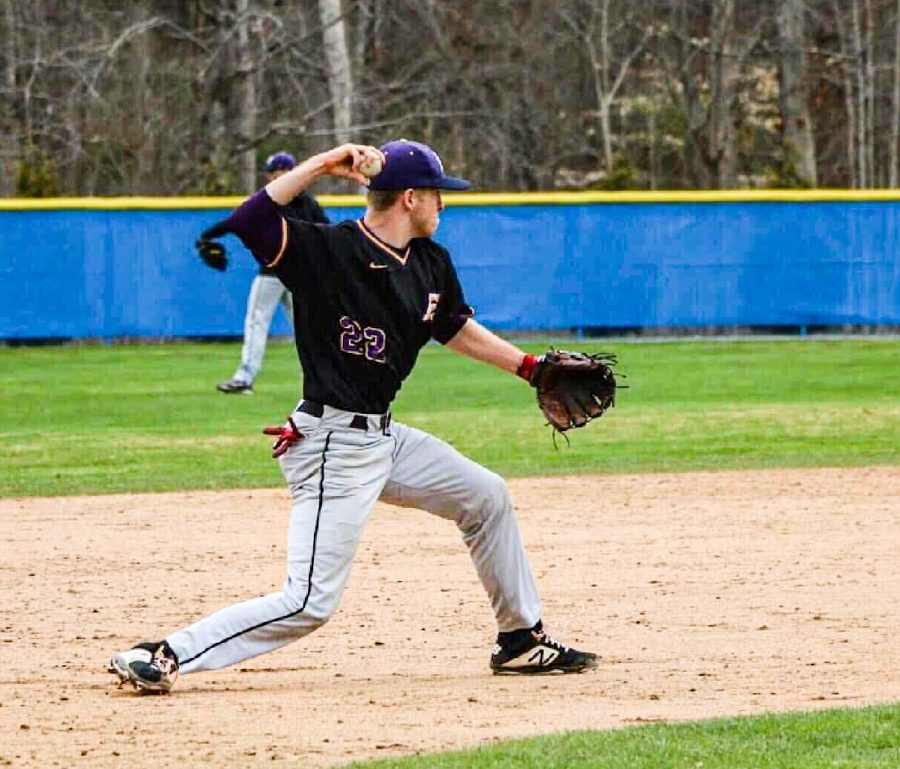 Emerson baseball lost both ends of a doubleheader to Worcester Polytechnic Institute in Worcester, Massachusetts on Saturday afternoon—the team’s first competition in two weeks after athletics were canceled for two straight weekends amid an uptick in positive COVID-19 tests on campus.

The first game ended 8-7 for WPI in a hotly contested affair. WPI’s Andrew Brooks and Jeffrey Brennan began the game with two runs in the bottom of the first inning. The game remained 2-0  until the top of the eighth, when Emerson turned the table with runs from juniors Joe Colucci and Josh Cohen to tie the game. Sophomore Thai Morgan then gave the Lions a one-run, 3-2 lead.

WPI sealed its win with six runs in the bottom of the eighth, scoring twice on one hit and reaching home four more times to make it 8-3.

The Lions attempted to mount a comeback in the ninth as Colucci, Cohen, junior Louie Davolio, and Morgan all scored to bring the game within one run. However, it was not enough, as WPI sealed the game and walked away with the first win of the day.

The second game, which began at 3 p.m., was as evenly matched as the first.

The contest was back and forth in the early innings, as Cohen and WPI’s Brennan exchanged runs. Colucci gave Emerson a one-run lead in the third inning, but Brooks responded with a run for WPI to tie the game at 2-2.

Sophomore Matt Nachamie hit a home run to give the Lions the lead in the fourth inning. The scoreboard stayed untouched until the bottom of the eighth, when WPI scored twice to turn the game around and secure its second win of the day.

Despite falling to 1-5 on the season following Saturday’s losses, the Lions are still in contention for a New England Women’s and Men’s Athletic Conference playoff spot.

Head coach Nicholas Vennochi said the Lions displayed the offensive ability to take on any team in the conference in a post game press conference.

“It’s a quality opponent, but not a team we should be scared of,” Vennochi said. “It’s not like the Boston Red Sox, but they’re a good team, so we have to respect that and know that if we play our game we should be right there, and that’s what we asked for.”

The Lions also came off a week that had one practice session before the match and will be looking to head back to training prior to their next NEWMAC contest against Babson College on April 25.

“It was good to get back to the basics, the things we talked about every single day,” Vennochi said. “I thought we did a lot of those things right today.”