The Berkeley Beacon • May 2, 2021 • https://berkeleybeacon.com/baseball-loses-doubleheader-to-springfield-to-end-season/ 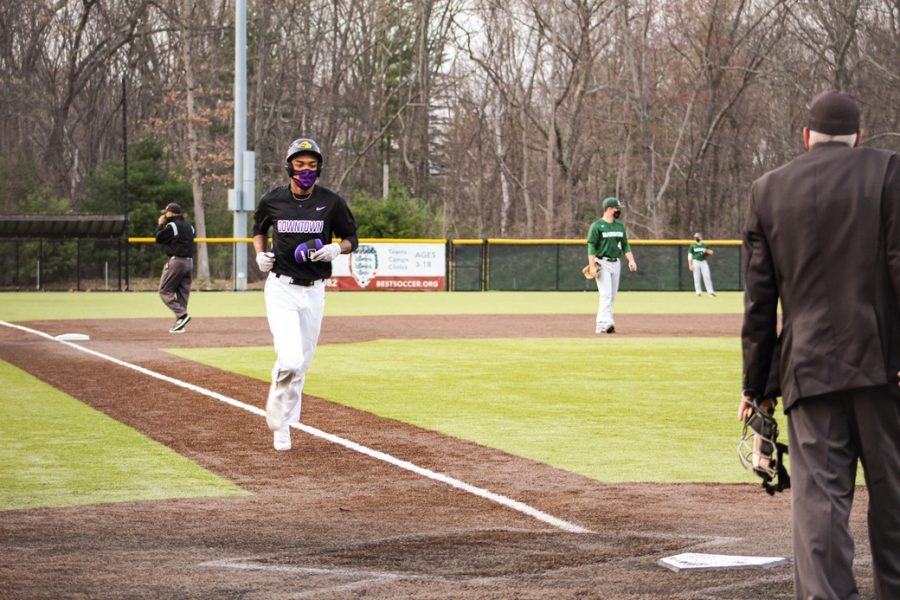 Emerson finished the season with a 1-9 record.

The baseball team fell to Springfield College in both ends of Saturday’s doubleheader in Springfield, Massachusetts to close out the spring season.

Springfield dominated in the first game to secure an 8-1 win, and Emerson saw its comeback hopes cut short in game two as the Pride won 8-6.

Springfield extended its lead to 6-0 in the bottom of the third as Fazio, Ryan Smith, and Joe Traversa all recorded runs for the Pride.

Emerson got onto the scoreboard when Jake Hatch came home on Rory Tettemer’s single in the top of the fifth to make it a 6-1 ballgame.

The Lions weren’t able to muster a comeback, and the Pride ended the game with two runs in bottom of the fifth to win 8-1.

Game two was a back-and-forth matchup, and Emerson got onto the scoreboard first. Thai Morgan sent home Josh Cohen on an RBI double to give the Lions an early 1-0 lead in the top of the first.

Springfield answered in the bottom of the second, tying the game 1-1 off of a sacrifice fly.

Morgan responded with a sacrifice fly to send home Andre Padovani in the top of the third to gain a 2-1 lead, but the Pride scored twice in the bottom of the fourth to make it a 3-2 game.

Springfield made the score 4-2 in the fifth inning as Jack Simonetty capitalized on a defensive error by the Lions.

The Lions evened the score in the top of the sixth as Quinton Copeland brought Joe Colucci home. Hatch then brought Copeland home to tie the game at 4-4.

The Pride scored in the bottom of the seventh to take a 5-4 lead, but Emerson regained the lead in the top of the eighth with two runs. Morgan brought home a runner on an RBI double and was sent home by Hatch to take a 6-5 lead.

Springfield mounted a comeback in the bottom of the inning with three runs that cemented the game 8-6 in the Pride’s favor.

Emerson finished the season with a 1-9 record following Saturday’s losses.

Seniors Ryan McCahan and Andre Padovani played in their last games as Lions.