Biden’s win is defined by his personal losses 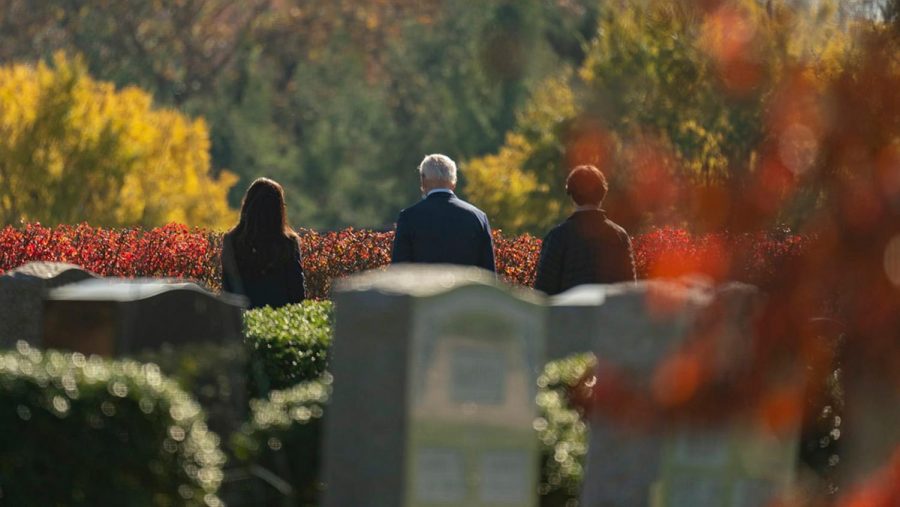 President-elect Joe Biden visits the cemetery where his son Beau, his wife Neilia, and daughter Naomi are buried.

On Election Day, before Joe Biden’s final stops on the campaign trail, he paid a stop to Greenville, Delaware. He attended Mass at Saint Joseph on the Brandywine Roman Catholic Church. After the service, he visited his son, Beau, at his gravesite.

Biden has never shied away from the grief that has marked so much of his personal life. He was first sworn in as a U.S. senator from the hospital room where his toddler son, Beau, was recovering from a car accident that killed his first wife, Neilia, and daughter, Naomi. In 2015, two years after his cancer diagnosis, Beau died of a brain tumor at age 46, after expressing his wish that his father run for president again after two failed attempts.

Two years before I was born, my brother Sam died of a brain tumor at age seven. Too often have I had to comfort those who I choose to share this information with, rather than the other way around. Too often do people wince, mumble or deflect their way through this part of my life, but Biden does not flinch. “I know how mean, cruel and unfair life can be sometimes,” he said while accepting the nomination at the Democratic National Convention this summer. “But I found the best way through pain and loss and grief is to find purpose.” It’s refreshing to hear Biden acknowledge the complexity of grief. He understands that he does not understand, which is a humility that is completely alien to Trump.

Biden’s experiences, though tragic, have made him a more empathetic politician, a trait completely devoid from our White House for the past four years. Biden has given close to 60 eulogies in his life. Following George Floyd’s death at the hands of a police officer in May, Biden met with his family and recorded a video that was played at his funeral service. When the U.S. reached 100,000 COVID-19 deaths on May 28, he commiserated with bereaved Americans: “To all of you who are hurting so badly, I’m so sorry for your loss,” he said in a video. “I know there’s nothing I or anyone else can say or do to dull the sharpness of the pain, but I can promise you from experience, the day will come that the memory of your loved one will bring a smile to your lips before it brings a tear to your eyes.”

And two nights ago, during his first speech as president-elect, he recited a hymn that “meant a lot” to Beau, hoping that it would bring comfort to the now more than 230,000 families who have lost someone to COVID-19. Biden embraces a sense of loss, even on a day that brought the 77-year-old his biggest win.

Grief, as I and countless other Americans know from experience, is messy, intimate and exhausting. It is anything but linear, with birthdays and anniversaries ripping open wounds you thought you’d long stitched up. But Biden has taken on the impossible task of broadcasting his own healing process, becoming the spokesman for unthinkable grief from the moment he took public office. “Part of going through it publicly is … it puts you in a position where you either are going to walk away from trying to give hope and comfort to somebody … or you engage it and it’s hard,” he said in an interview with People in February. Joe Biden has always chosen to engage in it by helping others through their pain, even though, in all likelihood, doing so reignites his own.

Joe Biden is an imperfect man. I don’t agree with every one of his policies. I’ve found some of his comments and decisions insensitive, and like many Emerson students, I wish we’d had an option besides an old white man. But I believe that Biden has the power to forge connections with people and communities that are suffering, and I believe he has the wisdom to know when he needs to just listen.

Grief is stitched into how Biden interacts with the world, and I believe that his profound losses have given him the insight to lead this country with compassion. It is only when somebody understands the deepness of wounds that they can ever hope to heal them. This is the only thing a humane politician can hope to do—hear the pain of the people and try to do something about it. Despite his faults, Biden knows how deep wounds can run, and I believe he will try his best to heal them.