Biking through the city with favors in tow 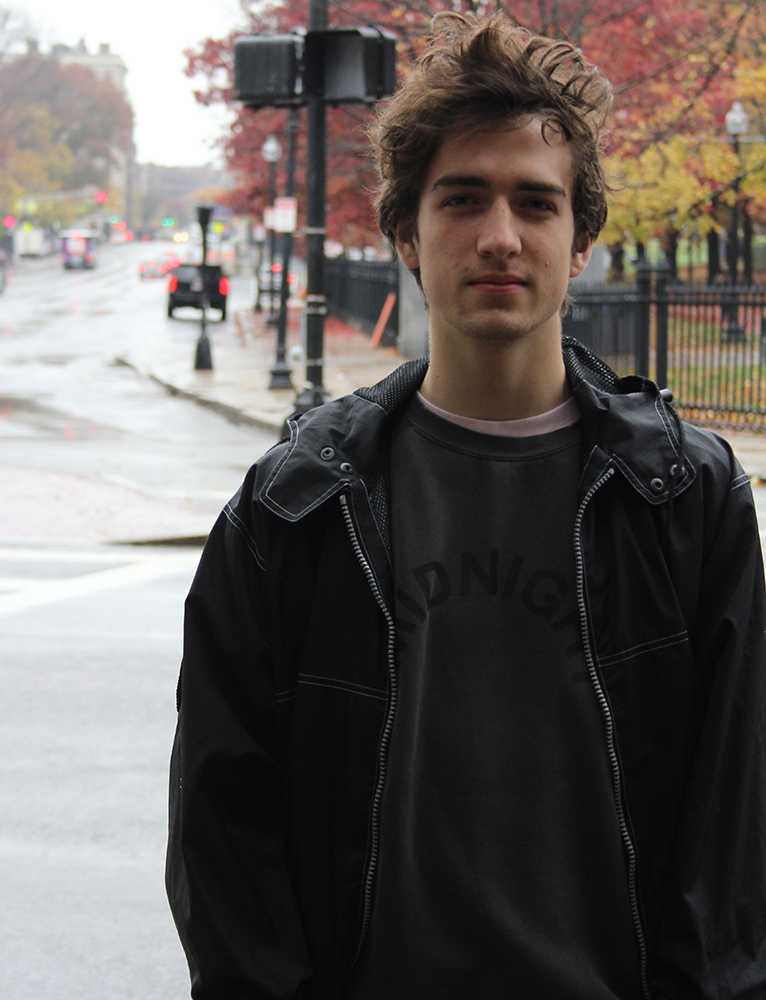 Magi Calcagne recalled many hours of sitting around in Boston Common this past summer, soaking up the sun, breathing fresh air—and getting paid at the same time. With her phone in hand and bike by her side, she waited to get a notification that would tell her she had a Favor order to fulfill.

Favor, an Austin, Texas-based company that began in 2013, is a delivery service app that allows users to request a task, according to Favor’s website. Whether that be a food or dry cleaning pickup, the order is assigned to a runner to complete for them.

A shift as a Favor “Runner” could entail anything from picking up Chipotle, to delivering an obscene amount of lamb chops, to taking a midnight ride on a bicycle on the highway with a dead phone.

Calcagne said that Runners are given a company credit card to purchase items for their deliveries and are guaranteed payment, regardless of how many favors they complete each hour.

Many members of the Favor community can be seen riding around Boston and Cambridge on their bikes adorning the signature blue tuxedo T-shirt.

Zeke St. John, a sophomore performing arts major said he started working for Favor first semester of his freshman year. St. John said he joined after a Runner advertised the company in an Emerson Facebook group.

“I bike a lot back home in New York City,” St. John said. “It seemed kind of perfect, because it would just be biking and getting paid.”

St. John said one of the main reasons he’s stayed with the company this whole time is its flexible scheduling policies. He said he is able to submit his availability a week in advance as well as pick up shifts at a moment’s notice. St. John said he is able to take weeks off at a time if it’s going to conflict with schoolwork or extracurriculars.

Magi Calcagne, a junior visual and media arts major, said she worked for Favor over this past summer because she didn’t want to be cooped up at her secretary job anymore.

“I just want a job where I’m by myself, and I don’t have to worry about making friends,” Calcagne said. “ It’s kind of like a game [working as a Runner], trying to get there as fast as you can.”

Calcagne also liked the payment system, as each employee makes around $10 an hour regardless of whether or not they are running an order. They also make tips on top of it, according to their website, but Calcagne said she personally hasn’t made too many big gratuities.

Calcagne said that she started out every favor with a text to the customer saying where she was headed. She said she sometimes even added emoticons like a bike or a boat, if it was raining. This got her into her running persona, perky and ready to go.

“The more emojis the bigger the tip,” her manager used to tell her, Calcagne said.

Calcagne said she usually picks up deliveries from chain restaurants such as Sweetgreen or Chipotle, other than the one shift she said she picked up around eighty lamb chops for someone.

Calcagne recalled many days where she would leave Chipotle to check where she was headed and would see it was right down the street. Other times she said she wasn’t so lucky.

Favor uses an algorithm to match up which on-the-clock employees should respond to each delivery request. It sets up people based on where their last drop off was, regardless of where the employee will be sent during the trip, according to Jackson Davis, a current Runner and Emerson student.

Davis, a junior visual and media arts major, was hired in late August. He said that one of his favorite parts of being a Runner is how much of the city he gets to see while working.

“I really like when I get the opportunity to deliver from a small restaurant I’ve never heard of before,” Davis said. “Usually the people working there will be unfamiliar with Favor and think it’s a pretty cool idea because it gets them business and I also get to check out these small restaurants around Boston, and that’s how I know where I want to go because I’ve smelled the food.”

Davis, who originally thought he was pretty in-shape, quickly changed his mind after becoming a Runner. He said he also didn’t have a bike with a rack which made a lot of deliveries difficult, because he carries and walks all of his bigger deliveries. He said he hasn’t had any far trips on foot so far, but it’s possible.

Davis said that he is unsure about continuing to work for Favor over the winter, as the cold and snow may become an obstacle for his biking, and without a car he might have to make more deliveries on foot. St. John said he probably would and that last winter it wasn’t too bad working outside on days when it wasn’t snowing.

Both St. John and Calcagne have had their fair share of getting lost while they were delivering.

“There was one time I accidentally messed up the directions and I went on the highway,”  St. John said. “I was in all black, and I biked for three miles.”

St. John said he then approached a police car that then helped to create a traffic block so he could safely cross the highway and off a nearby exit.

One time Calcagne said after circling the Esplanade for over an hour, she got off her bike, accepting the fate that she wouldn’t find the building she needed to deliver to. She said she was tapped on the shoulder, and looked up to find a fellow Favor Runner, looking to help her find her way.

Calcagne said she looks forward to hopefully working for the company again next summer.

“Whenever you’re like doing your thing and you see you another Favor person, you wave to each other,” Calcagne said. “It really is a community even though you don’t know everyone. I think because it is such an individualized job, it’s fun when you do get to see other people.”