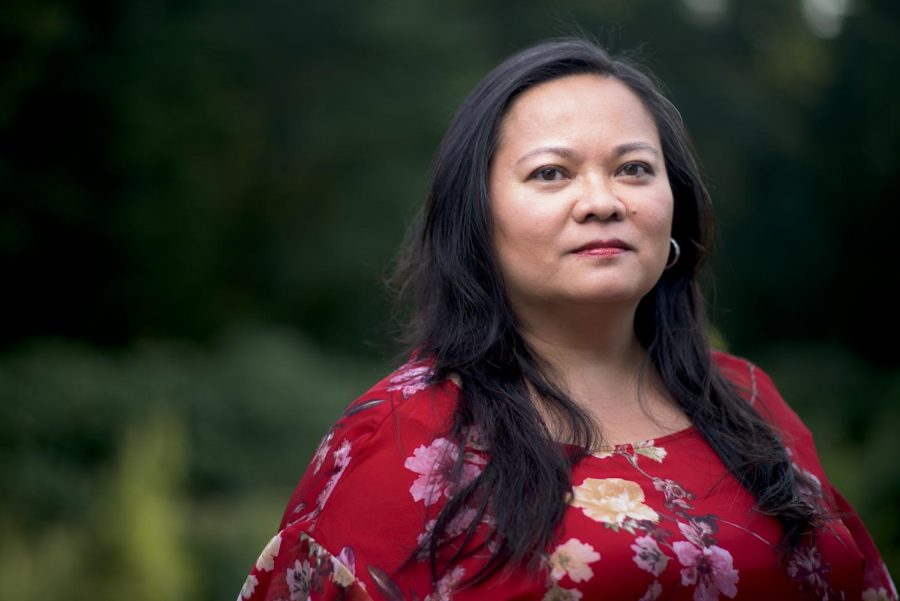 The Boston Book Festival will host a virtual month-long festival — complete with 55 virtual events and several in-person activities spread across the city — for the first time in the nonprofit organization’s 12 year history.

The online festival will feature 142 presenters and moderators and the majority of events will happen over the video conferencing application Crowdcast on Oct. 24 and 25. Some of the headlining authors include Jerry Craft of “Class Act,” Juana Medina of “Juana & Lucas: Big Problemas,” and Guy Raz of “How I Built This.”

A majority of the events are discussion-based panels, with authors from a wide variety of genres offering viewers insight on fiction, nonfiction, memoirs, and poetry, as well as panels, focused on young adult and children’s literature. For example, the “Young Adult: Speak Your Truth” panel on Oct. 16 will feature YA authors such as Arvin Ahmadi and Jennifer De Leon to discuss navigating identity as a teen in the 21st century.

Those interested in joining the video conference sessions can find additional information on how to join the live streams on the Boston Book Festival website (BostonBookFest.org). Admission to all events is free of charge, like in previous years.

Executive director of Boston Book Festival Norah Piehl said they considered creating a hybrid in-person/online format earlier this year. But when publishing companies expressed discomfort with sending authors to Boston for the festival, BBF decided the fully-online format was the best option.

“Early on, we had toyed with the possibility of doing some sort of hybrid event where we might have authors on a stage, talking to a few dozen people, and then live streaming that to people who couldn’t attend in person,” Piehl said. “But it quickly became apparent that that was not going to be the best model either financially or programmatically. By the time early summer rolled around, I was starting to hear publishers say, ‘We’re not going to send our authors to in-person events anymore, we’re only doing virtual events for the foreseeable future.’”

“So it just seemed at that point, that the best decision was just to really focus our efforts on putting on the best virtual festival that we could,” Piehl said.

However, the festival will have several in-person “experiences,” as dubbed by Piehl, which are interactive activities placed throughout the city attendees can participate in asynchronously. For example, the festival will host two “story walks” aimed toward families, where attendees will follow a map around Downtown Crossing and Nubian Square to find the pages of children’s books posted in store windows.

Piehl said the online format presents new worries she never had to consider before, like issues with internet connection. But she still is confident in the lineup they created this year given the unusual challenges COVID-19 presents.

“It can be very easy to get bogged down in concerns and anxieties about the details, especially this year in things that are largely outside of our control, like if Crowdcast goes down,” Piehl said. “But overall I really am proud of the program that we’ve put together this year..”

Piehl noted, however, that the online platform has allowed BBF to invite speakers from around the globe that they normally would not have the travel budget to invite.

A popular annual event within the festival is the One City, One Story competition where BBF selects one submitted short story to publish and distribute around the city for free. Last year the award was won by Emerson graduate student Ciera Burch for her story “Yvvone.”

This year’s winner is “The Book of Life and Death” by Brandeis University writer-in-residence Grace Talusan. The 23-page short story follows a domestic worker from the Philippines who sends her earnings back home to her family while keeping track of their lives through the photos they send her.

Piehl said when reading Talusan’s submission, it immediately stood out to her because of her lyrical writing style, but also because of the themes she felt were especially relevant in 2020 amid a global pandemic.

“There’s been so much overdue discussion about who we classify as essential workers and the kinds of work that people value, and how we reflect that in our society’s values,” Piehl said. “A lot of that really comes to the fore in [Talusan’s] story, in a way that feels even more powerful and urgent this year.”

Talusan said her experience moving to North Easton, Mass. from the Philippines in the first grade gave her insight on what it feels like to be an outsider — something she incorporated into “The Book of Life and Death.”

“Because I had this feeling of being an outsider and always trying to figure out, like, what is the cultural norm, I think that sort of perspective is a good practice for a writer,” Talusan said. “To be watching kind of from the outside, at least for me it was, like constantly studying people’s behavior and how they are in the world.”

The Book of Life and Death will also be the first story BBF publishes in Tagalog, the official language of the Philippines, Talusan said.

“[BBF] were the ones who suggested it first, and I never would expect that they would do that, and so I was really excited about it,” Talusan said. “It was very easy for me to raise the funds, I just reached out to my network people, and they were super excited about the opportunity to have something translated in Tagalog. So I raised the money in a couple of hours.”

Talusan will further discuss the content of “The Book of Life and Death” at the One City One Story Crowdcast on Oct. 16 at 6 p.m. Those interested in reading the short story can pick up free copies of the book at all Boston Public Library locations and can also download a free copy online.