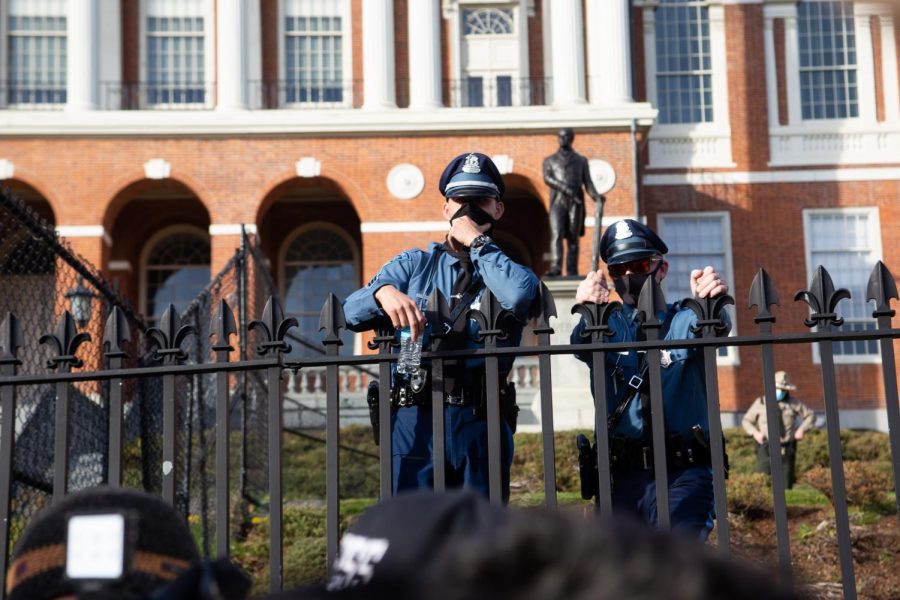 Beaurpare said police plan to close Beacon Street near the Massachusetts State House at around 9 a.m. on Jan 17. Police will place barricades and steel fences at “critical intersections” around Boston Common, according to the email.

The State House is listed as a possible demonstration site on Jan. 17, but there is no indication of a planned event or threat at this time, Beaurpare said in the email.

Emerson police will follow suit, increasing the number of officers present on campus during the days leading up to and on Inauguration Day. They will also closely monitor all campus events, Beaurpere said. All Emerson buildings will be accessible via tap access.

ECPD declined to comment on how many additional officers would be present on campus during this time.

These preparations come following the siege on the U.S. Capitol Building on Jan. 6. A violent mob stormed the Capitol Building during the congressional vote to certifyBiden’s electoral victory, a riot incited by President Trump’s false claims of election fraud.  The insurrection results in five deaths.