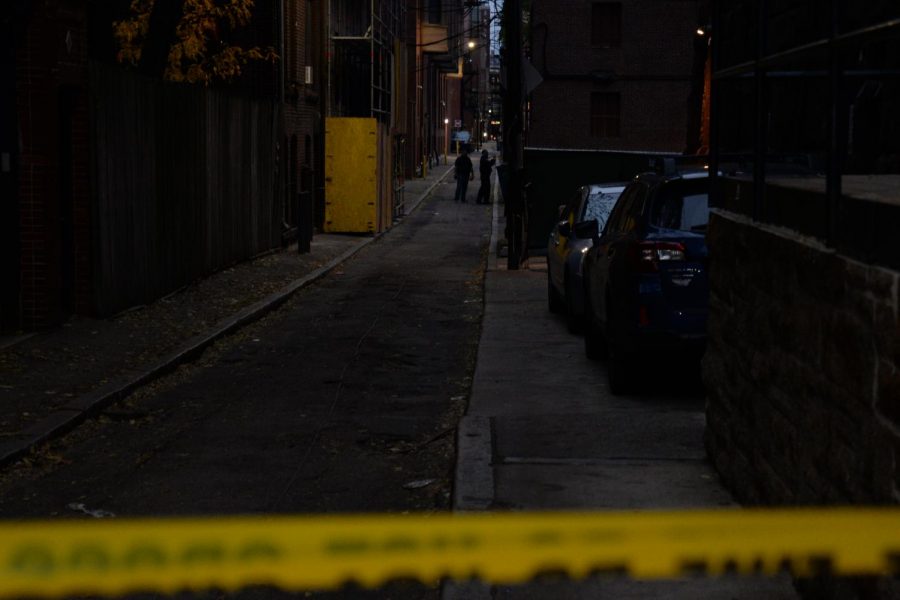 An alleyway on Exeter St.

Two suspects are in custody after a report of shots fired on Newbury St. near Exeter St. Tuesday afternoon.

Walter Coleman, 23, and Rashawn Bly, 24, were arrested Tuesday night in connection with the shooting.

Coleman was charged with Unlawful Possession of a firearm, two counts of Assault with a dangerous weapon, Possession of class B drugs, Malicious Destruction of property, and Trespassing.

Bly was charged with Unlawful Possession of a firearm, two counts of Assault with a dangerous weapon, Malicious Destruction of property, and Firearm carry without license loaded.

Both men will be arraigned in Boston Municipal Court.

The call came in at 3:54 p.m., and a firearm and ballistics have been recovered from the scene, a BPD spokesperson said. The firearm was found in a recycling bin outside 173 Newbury St.

No injuries were reported in connection to the incident.

Police activity filled the Back Bay area Tuesday afternoon with officers blocking off the scene.