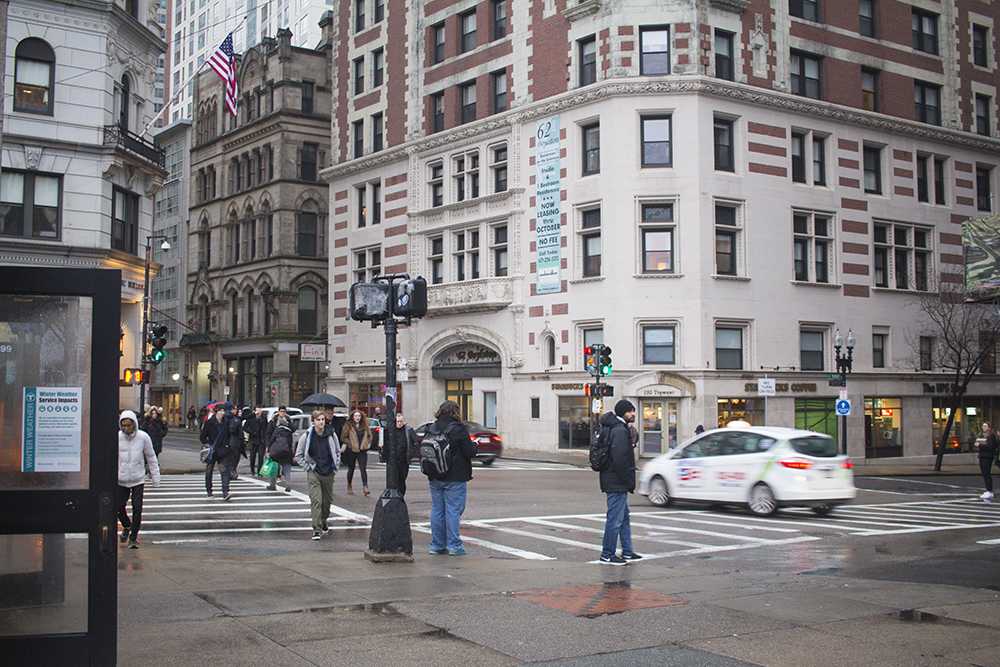 Emerson students now have one less excuse to be late to class.

The city of Boston added four seconds to the walk signals at the intersection of Boylston and Tremont streets after a petition from Emerson students drew attention to safety issues surrounding the walk time.

The students started the project in Catherine D’Ignazio’s Civic Art and Design Studio class last semester. The assignment was to develop solutions for transportation issues the city faces. This group chose to address the notoriously congested Boylston and Tremont intersection.

Gina N. Fiandaca, commissioner of the Boston Transportation Department, wrote a letter earlier this month to D’Ignazio and her students to inform them the traffic signal had been changed to show the walk signal for four additional seconds—one second less than proposed in the petition.

“[The approval] is the highest pinnacle of what I could ask for,” D’Ignazio said. “I am so proud of the responsibility the students took for their own learning.”

The students’ proposals were received warmly by the public, Aijala said.

“Our project seemed the most boring … but it was something the [Boston] transportation department could do,” she said.

The Boston Transportation Department problem solves traffic signals throughout the city, D’Ignazio said. She said it was really the students’ work that focused their attention on such an important and dangerous intersection.

The group consulted junior sports communication major Song Park, who has cerebral palsy and uses a walker. He said he struggles to navigate Emerson’s campus.

The administration has made small changes in response to his requests over the years, like lengthening elevator door opening time and putting sensors on automatic doors, but Park said he understands the restrictions of being at an old college in an old city.

“[This project] just goes to show that students can be the biggest advocates of change,” Park said. “I have a feeling that if this went up to the administrative level it would not have changed this quickly.”

D’Ignazio said the reason this group had their project approved, rather than another, like the proposal to rename the Boylston MBTA stop to “Emerson College,” was in part because Bartel tweeted about the plan using #Take5Emerson. A reporter at The Boston Globe saw the hashtag and wrote an article, which prompted local TV coverage.

“It was spotted by the right person at the right time,” D’Ignazio said, “then [Boston residents] began calling the transportation department asking ‘What’s up with this?’”

Once the Boston Transportation Department responded positively to the proposal, it made the change.

“It was a project both us and the city could tackle,” Aijala said.