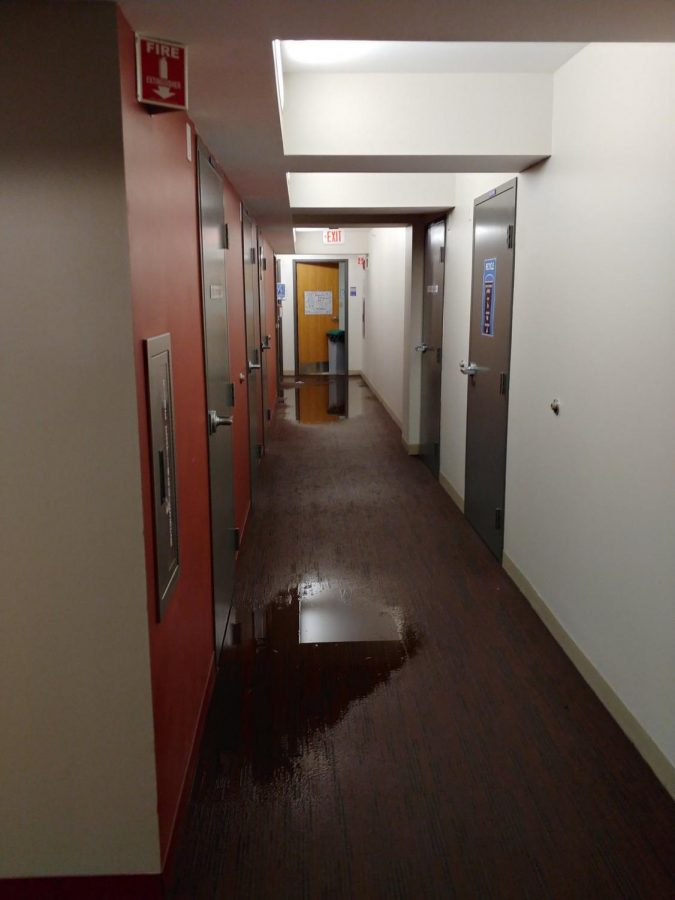 Flooding on the fifth floor of Piano Row.

Several floors in Piano Row flooded Monday night when a student on the fifth floor attempted to hang something off of a sprinkler head in their suite, causing it to activate, Manager of Facilities Duncan Pollock wrote in an email to The Beacon. The student had to relocate to a vacant room due to water damage in their suite.

The student lost balance while decorating their room and broke the sprinkler, according to an email from Deputy ECPD Chief Eric Schiazza, but the incident was not intentional.

“A facilities technician, working at the time, was able to quickly shut off the valve that supplied water to that sprinkler,” Pollock wrote in an email.

The fifth floor flooded around 6 p.m. and set off fire alarms on the third, fourth, fifth, and sixth floors, forcing students to evacuate, the Office of Housing and Residence Education wrote in an email Monday evening.

The flooding required the college to close the Piano Row laundry room for about 15 minutes, the email said.

“Fortunately, our facilities team was prompt in their response, and are in the process of getting all spaces restored to normal,” the statement said.

There was minimal damage in these locations and no other students had to relocate, according to Pollock’s email.