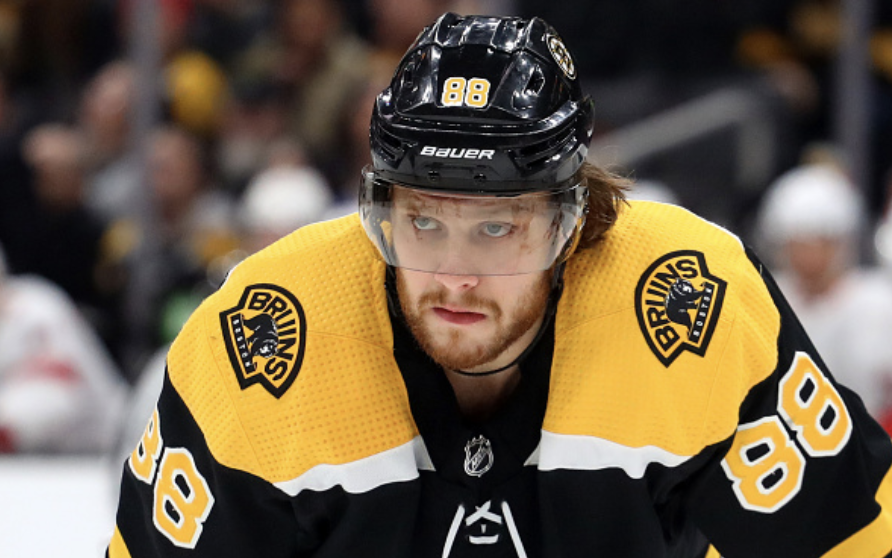 Pastrnak leads all NHL players in scoring with 25 goals in 28 games. Prior to Tuesday night’s game against the Carolina Hurricanes, the 23-year-old held a scoring rate of 0.93 goals per game. If Pastrnak continues to score at this rate for the remainder of the season, the Czech Republic native will tie Hall-of-Famer Phil Esposito’s record of 76 goals scored by a Bruins player in a single season.

Esposito, who scored 459 goals in 625 games with Boston, recorded his record-breaking and career-high 76 goals during the 1970–71 season. This record stood throughout the league as the most goals scored by an individual player in a season until Wayne Gretzky surpassed it in 1982 with 92 goals for the Edmonton Oilers.

The winger recorded his 25th goal of the season in Sunday’s 3-1 win over the Montreal Canadiens. According to NHL.com, Pastrnak is the first player since fellow countryman Jaromir Jagr to score a minimum of 25 goals in 27 games—a record that stood for 23 years.

However, “Pasta” did not record a goal in last night’s 2-0 win over the Hurricanes, which decreased his goal-scoring rate to 0.89 goals per game. He would need to make up for this “off night” with a two-goal performance on Thursday, Dec. 5 against the Chicago Blackhawks in order to restore his 0.93 goals-per-game rate.

So is the winger’s 76-goal expectation feasible? Probably not.

One reason for this is that enforcers throughout the league are increasingly targeting Pastrnak each game.

Take last Sunday’s game into consideration. Montreal targeted Pastrnakwith a number of questionable hits and cheap shots throughout the game. As Joe Haggerty stated for Yahoo! Sports, the Bruins are lucky that Pastrnak finished the night unscathed.

Enduring a multitude of hard hits from game to game will eventually lead to increased fatigue, and the league’s top goalscorer might eventually sustain a significant injury as well. This is a trend that will only continue to grow among Boston’s opponents as the season progresses.

Also, scoring 76 goals in a single season is simply unrealistic in today’s game.

The typical number of goals for the league’s highest goalscorer in a single season within the past decade ranges anywhere from 50 to 60 goals. The only player to near 76 goals this century is Alex Ovechkin, arguably the greatest goalscorer of all time, who scored 65 goals in the 2007-08 season for the Washington Capitals.

Esposito set his record in a 78-game season when the NHL only featured 14 teams. Today, 31 teams compete in an 82-game NHL season.

Fewer games meant that Esposito traveled and played less than Pastrnak. Any athlete knows increased rest and recovery time plays a key factor in their overall performance. Therefore, more rest and faster recovery allowed Esposito to score a record amount of goals 49 years ago, and it may never be repeated because of it.

Regardless if Pastrnak reaches the 76-goal threshold this season, he is certainly on pace to break his 38-goal career high and score over 50 goals this season.

When asked how he felt about tallying his 25th goal in a post-game interview on Sunday, Pastrnak said, “It doesn’t mean anything.” His only concerns are winning and improving as a player each day—the humble mindset of a team player.

Most importantly, it is apparent that “Pasta” enjoys playing for Boston every night. As long as he continues to compete with a smile on his face, we can expect to see him reach milestones and break records—besides Esposito’s—throughout the rest of the season.