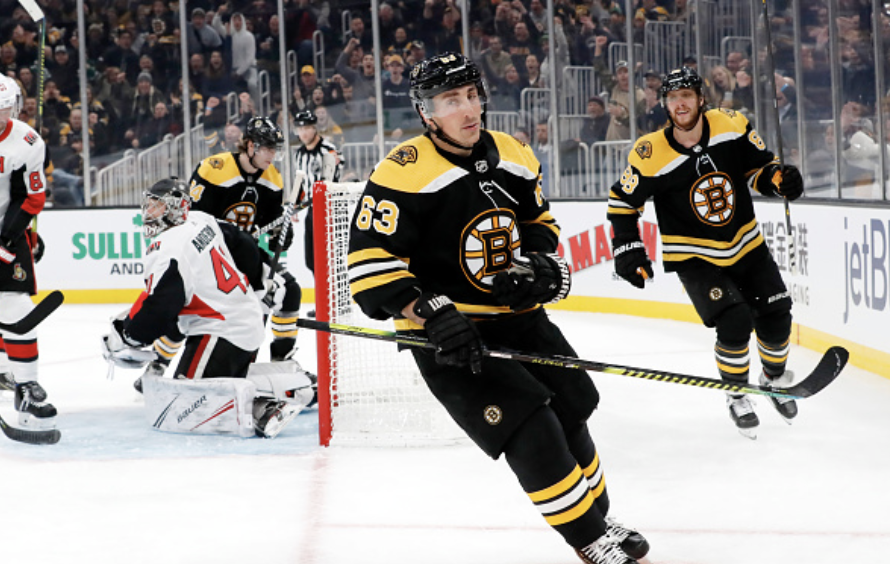 The Boston Bruins are easily the hottest and most electric team in the National Hockey League at the tail end of the first month of the regular season.

Following a slow start to the month, the Bruins are closing out October in an extraordinary fashion. Boston is first in the Atlantic Division with a record of 9-1-2. The Bruins, 20 points behind the Washington Capitals, are the second-best team in the league.

The team is on a four-game winning streak, defeating the Toronto Maple Leafs, St. Louis Blues, New York Rangers, and San Jose Sharks within the last week. Boston scored 19 goals within this period, a number that did not seem feasible at the beginning of the season when the team struggled to score. Remarkably, only four of those 19 goals came on the power play, which the team relies heavily upon.

An increase in secondary scoring is a driving factor in the Bruins’ recent success. Nearly half of Boston’s 25 goals within the last six games came from a player outside the first line.

Boston scored a total of 41 goals in October, the fourteenth–best goals-forth rate in the NHL, according to NHL.com.

The Bruins’ first line is without a doubt the most dangerous in the league. The line is responsible for 27 goals and 57 points. Left-winger David Pastrnak leads the NHL with 24 points and 12 goals, according to NHL.com.

Pastrnak and linemate Patrice Bergeron reached career milestones in October. NESN reported that Pastrnak recorded his 300th-career point in a 4-2 win against the Maple Leafs on Oct. 22. Bergeron tallied his fifth-career hat-trick in a 7-4 victory over the Rangers on Oct. 27, according to WEEI.

Boston boasts the league’s best power play with a 30.9% conversion rate led by its red-hot first line, according to NHL.com. Pastrnak, Marchand, and Bergeron combined for 10 of the team’s 13 power-play goals in October.

Besides being home to the best offense in the NHL, Boston also flaunts the best goaltending in the league. Tuukka Rask leads all goaltenders with a stellar .951 save percentage and a 1.41 goals-against, according to NHL.com.  average. He is also tied for first in the league with two shutouts.

October is the month of comebacks for Bruins players. Anders Bjork, 23, returned to the lineup on Oct. 22 against the Toronto Maple Leafs after beginning the season with the Providence Bruins in the American Hockey League. He played in each of Boston’s last four games and scored a goal against the Blues on Saturday.

David Krejci—who did not play for two weeks due to an upper-body injury—suited up in black and gold Monday and recorded a goal and an assist in his comeback against the Sharks.

If the team continues to produce these kinds of results and generate significant offensive firepower, the Bruins will continue to be league-leaders in the NHL. With a light schedule to begin November, the team can dethrone the Washington Capitals and take first place. Performances like those in October will see even more accolades make their way to Boston throughout next month.

Although some might say it is too early to tell, the Bruins’ dominant start to the season gears them up to make another deep run in the Stanley Cup Playoffs. As long as the all-around team effort remains throughout the rest of the season, Boston is the obvious current favorite to hoist the Stanley Cup in June.