Bruins: Lack of offensive production between lines is problematic 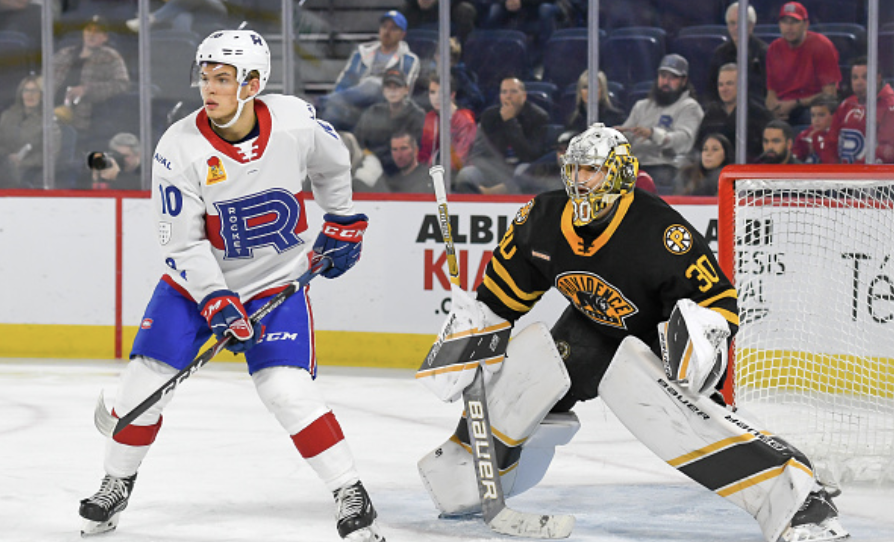 Although offensive production increased since returning home from the West Coast trip to open the season, the first line is scoring the majority of Boston’s goals—something that is problematic.

The Bruins won their first three games on the road before falling to the Colorado Avalanche last Thursday, who I consider to be the best team in hockey. Despite defeating the Dallas Stars, Arizona Coyotes, and Vegas Golden Knights, Boston generated a lackluster nine goals.

Two days later, Brad Marchand—Boston’s first-line left-winger who is expected to be a point-per-game player—scored the only goal in an uneventful 1-0 win over the Coyotes. Arizona outshot Boston 35-26.

Without goaltenders Tuukka Rask and Jaroslav Halak’s combined 0.983 save percentage, the Bruins would have easily lost their first two games.

Marchand and his linemates have produced 24 points—scoring 11 of 16 goals—and are largely responsible for the team’s 5-1 start.

The first line began to generate momentum against Vegas on Oct. 8, scoring three of the Bruins’ four goals. Marchand registered two goals and an assist. David Pastrnak tallied a goal and two assists, and Patrice Bergeron recorded an assist.

Even in the team’s only loss to Colorado, Pastrnak scored and Marchand and Bergeron each recorded an assist. Boston sadly only converted two of 41 shots—a statistic that will never win a team games.

The home-opener against the New Jersey Devils on Oct. 12 proved more of the same as Marchand and Bergeron netted two of the Bruins’ three goals in a shutout win. New Jersey outshot Boston 32-31. Tuukka Rask’s performance is largely the reason Boston won.

Every point in Monday’s 4-2 win over the Anaheim Ducks came from the first line besides defenseman Torey Krug’s two assists. David Pastrnak scored all four goals, and Marchand and Bergeron recorded assists.

Pastrnak leads the team with ten points. Marchand follows with nine points, and Bergeron is third with five points. The only player who nears the first-line players’ point totals is Torey Krug with four points, according to NHL.com.

The lack of consistency among lines may be a problem during Boston’s upcoming games. The Bruins face the Tampa Bay Lightning, the Toronto Maple Leafs twice, and the reigning Stanley Cup Champions, the St. Louis Blues, within the next nine days. These are fast and physical teams that boast depth and prominent goal scorers in every position.

Toronto, for example, is one of the most balanced teams in the entire league. Each player recorded at least one point this season, according to NHL.com. The second line leads the team with 21 points. The first line recorded 17 points, and the third line tallied 15 points so far. The fourth line registered six points altogether.

If one of the top three lines fails to produce, Toronto’s other two lines are still generating points to support the team in its absence. The fourth line can also be relied on to score when needed.

This consistency is nonexistent throughout the Bruins’ lineup. Without any support, the first line will tire out as the weeks go on. There’s simply no player in the bottom three lines who makes me believe the team could survive without the top line.

It doesn’t help that the team lost Marcus Johansson—a key player in last season’s playoff run—over the summer. Johansson amassed 11 points in the playoffs, and he produced five points as the second-line center for the Buffalo Sabres this season—something that the Bruins are desperately missing without the injured David Krejci, who registered 73 points last season.

Sitting David Backes as a healthy scratch hasn’t improved the situation, either. The veteran right-winger registered 20 points for the Bruins last season. It’s not worth paying a 35-year old $6 million annually if he isn’t going to play. Trading Backes for another veteran or young prospects might help solve the offensive crisis.

Yes, it is important that the first line bounced back to generate offensive power. However, it is crucial that players from the bottom three lines begin to light the lamp. If they fail to do so, Boston could be a .500 team with a 5-5 record before playing the New York Rangers on Sunday, Oct. 27.